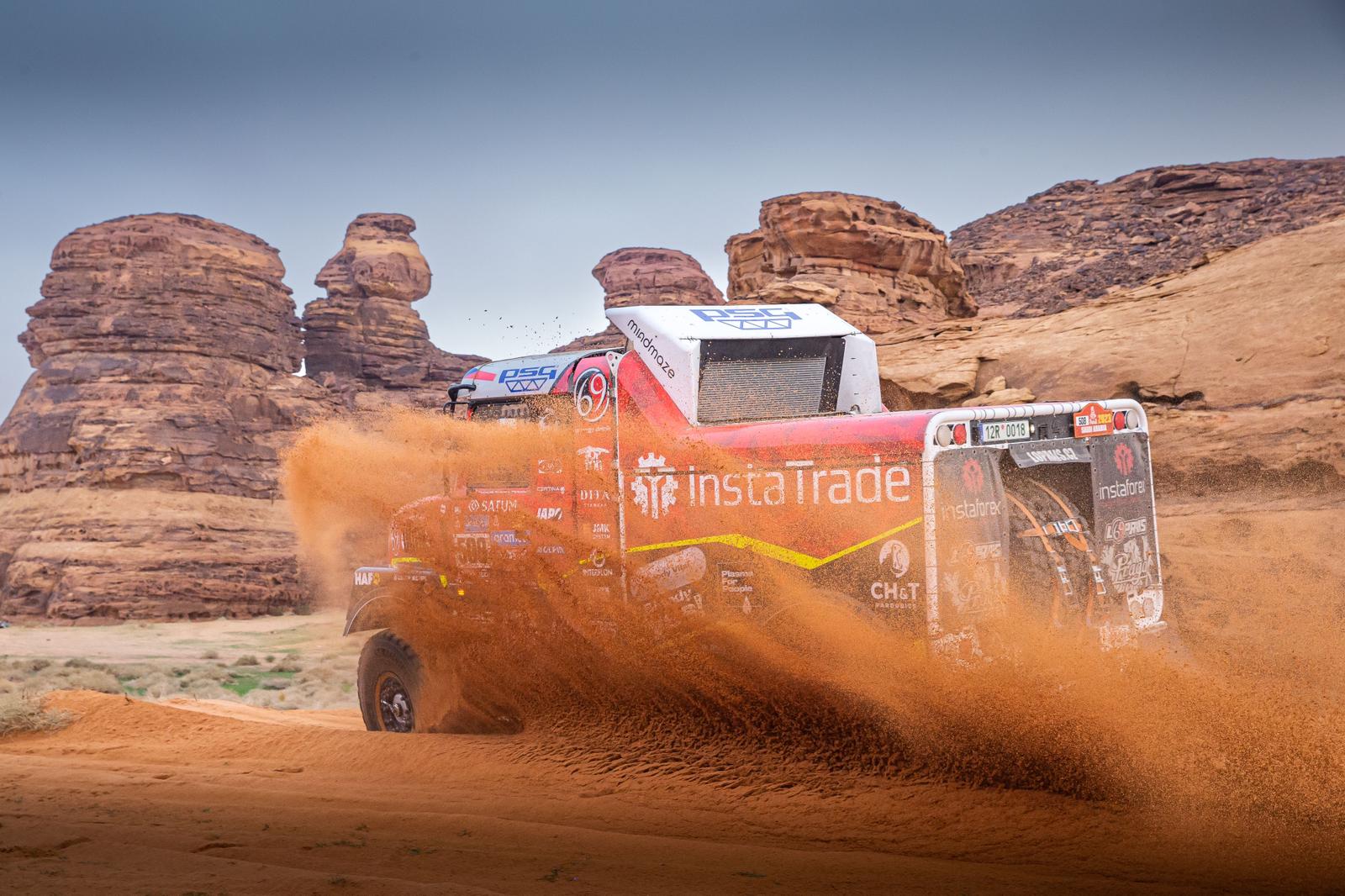 Aleš Loprais and his crew finished second in the seventh stage of the Dakar Rally 2023, leading the Truck category two minutes ahead of the closest competitors. A trouble-free eighth stage of Dakar Rally 2023 increased its lead in the overall classification ahead of a Rest Day in Riyadh.

After more rain, which hit the Riyadh area on Friday night, the competitors continued on Saturday, January 7 with Stage 7 (861 kilometres) from Riyadh to Ad Dawadimi. While bikers and quad riders had their special stage cancelled and took only the liaison route, cars, buggies, and trucks faced an altered 333-kilometre-long special stage.

The beginning of the stage focused on navigation in beautiful but complex canyons, while later, the route offered more technical parts and demanding rocky sections.

Following a brilliant performance by all crew members, the red-and-black Praga V4S DKR #508 finished in second position in the stage classification, beating Martin van den Brink by two minutes and 37 seconds in the process. 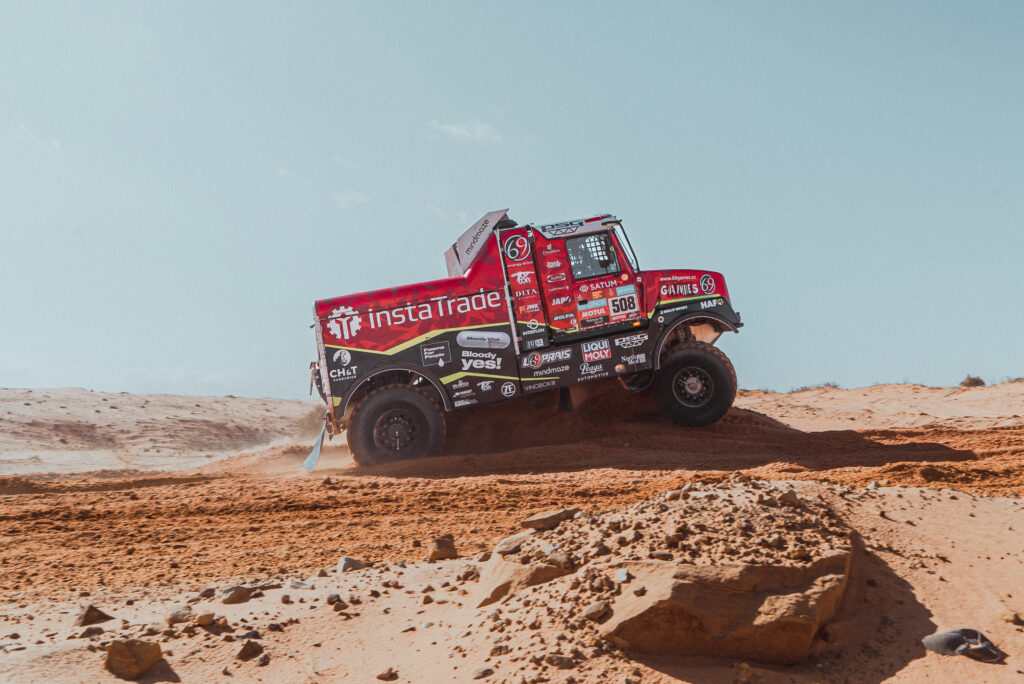 Van den Brink’s team protested a penalty given to them last night after the sixth stage. The organisers have accepted the protest, which means Loprais, and his crew now lead over the experienced Dutch driver by exactly two minutes. Saturday’s winner, Janus van Kasteren, remains in third place, more than 22 minutes behind the overall leader. The Praga truck now leads the Truck category. 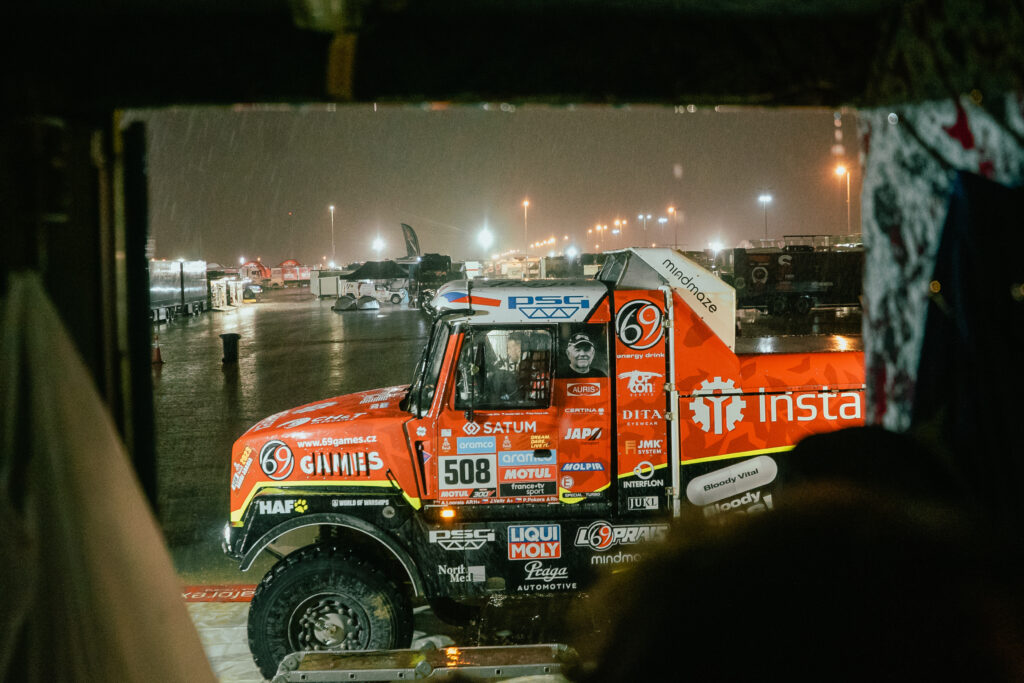 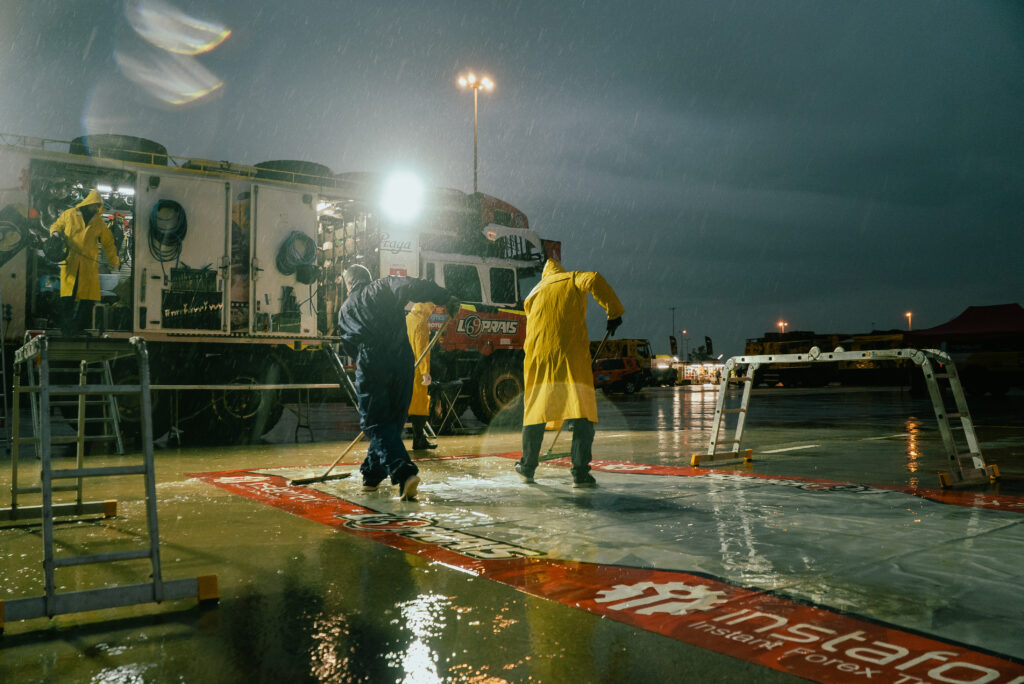 On Sunday, January 8, the Dakar Rally 2023 continued from Ad Dawadimi back to Riyadh. After a night in tents the crews faced the eighth out of fourteen stages, and the final stage before a long-awaited Rest Day.

The 824 kilometres long route, of which 346 kilometres counted as a special stage, started with rocky sections followed by stretches of sand and dune crossings. However, the final part featured a different challenge with a extremely demanding navigation through maze-like valleys before another sequence of dunes just before the finish line. 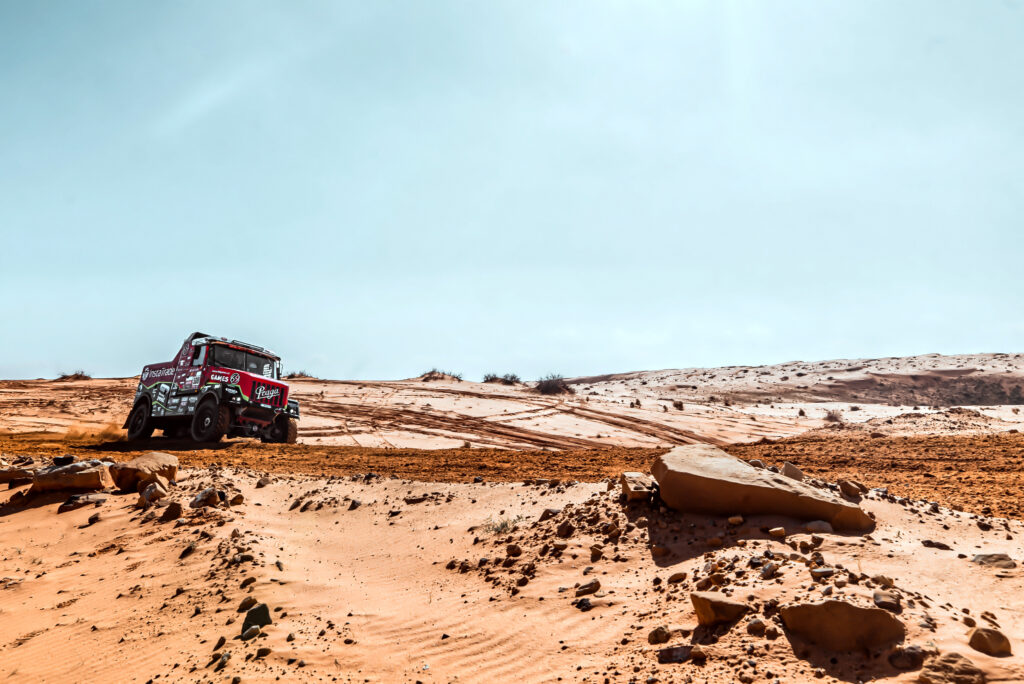 Once again, Aleš Loprais with Jaroslav Valtr jr. and Petr Pokora finished the stage on the podium, in third place; the sixth podium finish for the team in this year’s Dakar Rally.

“From every angle, it was a good day for us. We had no issues, and also zero problems with navigation,” summarized the day Jaroslav Valtr jr., as the crew added another successful day on their Dakar adventure.

The Instaforex Loprais Praga Team added 14 minutes to their overall lead over Martin van den Brink. The Dutch driver finished only in fifth position and is now 16 minutes behind the Czech crew. Now at the halfway point, the Praga truck has a solid lead in the overall Trucks classification. 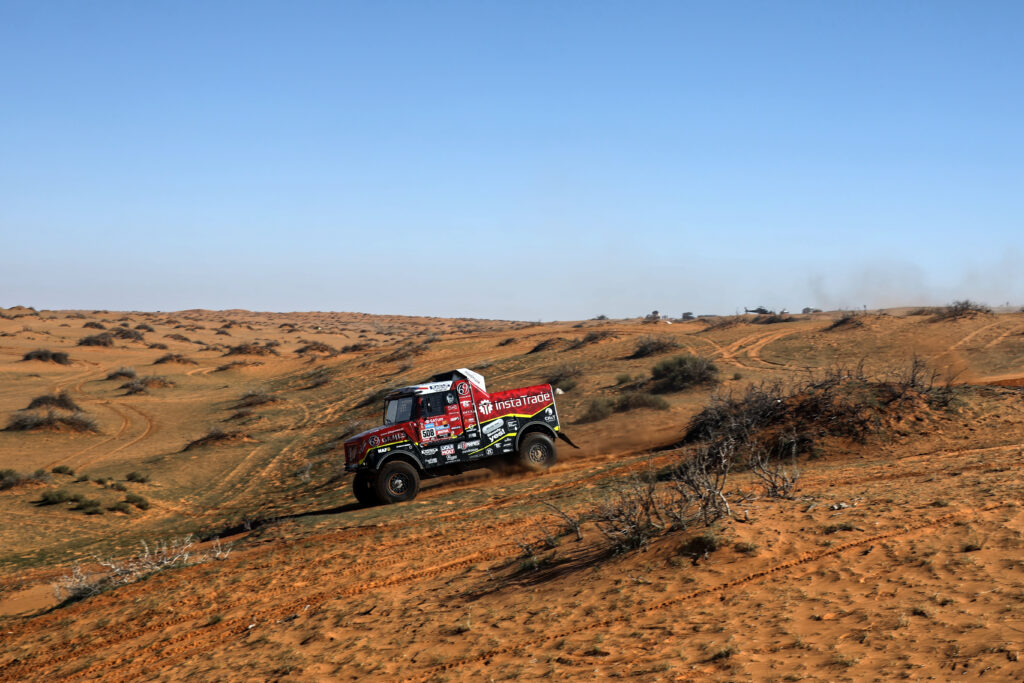 “That’s half of the Dakar Rally behind us. I’m really happy about the way it went today. Our goal was to avoid mistakes, which went well, and we finished in third place. I’m grateful for our current position. And now, the second half of the competition is ahead. And it’s supposed to be even harder. I’m curious about what the organisers have prepared for us and how we’re going to handle it. But I believe that we can,” said Aleš Loprais.