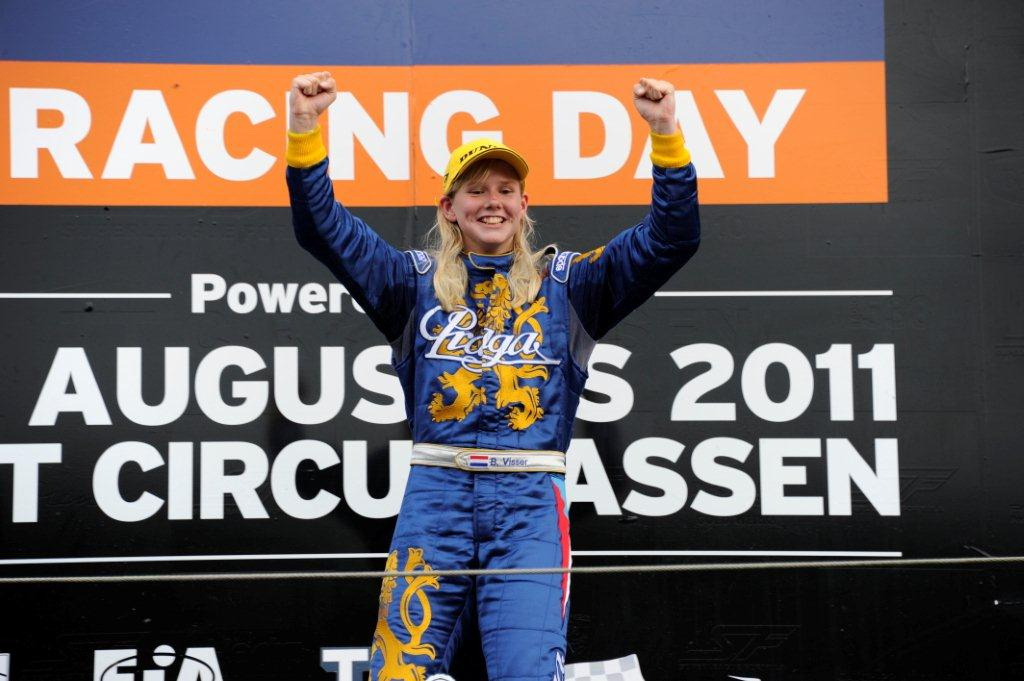 August 6th, 2011 is one date that the Dutch Supercar Challenge will not soon forget.  16-year-old Beitske Visser took her Praga R4S straight to a first victory in the GT division, the top division within the DSC. The young lady, despite her 25 second penalty, fought hard and triumphed over all the experienced men in the class.

This weekend, after many years of karting, Visser made her debut  in car racing.  At the start of the race she  was immediately fast , and moved from the fourth starting position straight to second place behind Niels Bouwhuis. In her Praga R4S she stayed close behind Niels Bouwhuis and Sijthoff in third place.

After her second pit stop Visser came back on the track, just behind the Corvette GT1 C5.R driven by Roger Grouwels. Grouwels pushed hard when he saw that Visser was directly on the tail of his Corvette. The Corvette driver missed the next turn and Visser came back to lie in the first position.

But then she got from the race committee a drive-through penalty because of her short pit stop. This was solved quickly, but she came in third position, behind Grouwels and Sijthoff, now in fierce fighting with one another.

After overtaking  Sijthoff, Visser scored immediately fast lap times, and soon Grouwels came back in her sight. Grouwels also made ​​frantic efforts to keep Visser behind him, but he did not succeed. Side by side they went towards the corner where Visser came out ahead, leading to her victory in the race.