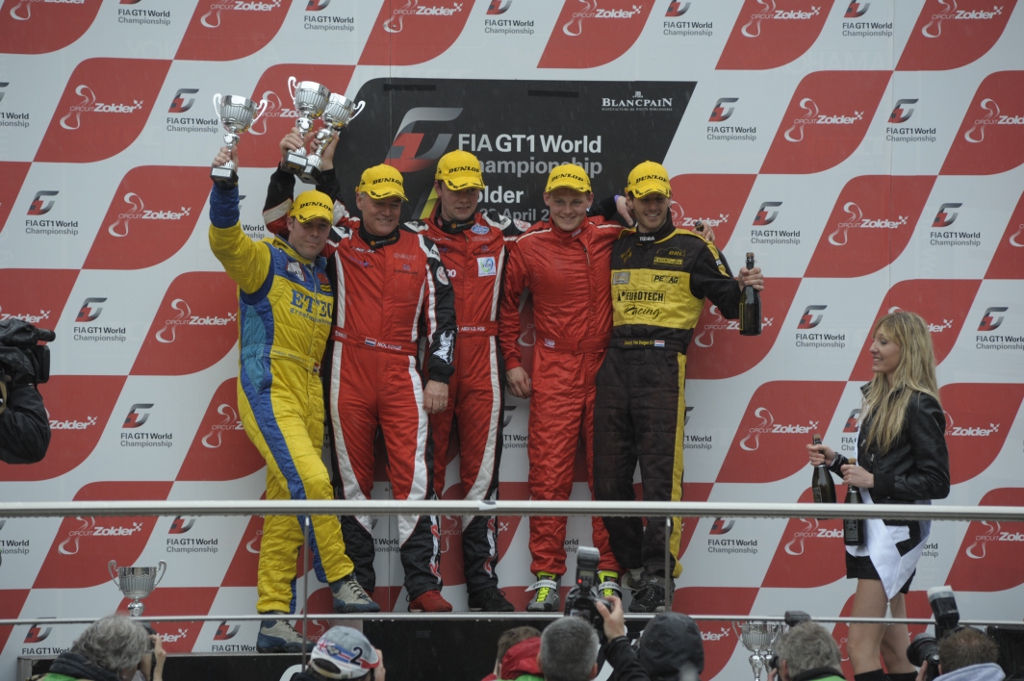 23 April 2012, Zolder, Belgium – The 2012 season got off to a good start for the PRAGA sports car team with a podium finish in the Supercar Challenge at the circuit of Zolder in Belgium. On the support package of the FIA GT1 World Championship, the Supercar Challenge had two races at the former Grand Prix circuit. Third place for Dutch driver Danny van Dongen and Austrian Simon Wagner, one of the young talents in PRAGA’s innovative NEW GENERATION programme, in the second race was a good result for the season opener.

There was a lot of anticipation for the Zolder event as this was the competition debut for Leo Hrobarek and Simon Wagner, two drivers who had been selected for PRAGA’s NEW GENERATION project. In the first race, they would be sharing driving duties with  the PRAGA R4S sports car while one of them would be chosen to team up with experienced Dutch driver Danny van Dongen, one of the driving coaches involved in the NEW GENERATION project, to participate in the second race.

Leo Hrobarek took the start in the race on Saturday, starting from eighth place on the grid. In the first half of the race, Hrobarek showed his competitive spirit, but in an attempt to move up through the ranks, he drove a little bit too hard over the kerbstones in a corner at the back of the circuit. The rear left trailing arm of his car was broken as a result, forcing Hrobarek and his team-mate Wagner to retire.

To make up for his misfortune, not having been able to race at all on Saturday, Wagner teamed up with Danny van Dongen to drive the PRAGA R4S in the race on Sunday. Following the retirement from the day before, Danny van Dongen had to start from the back of the grid, but he used all his driving skills to make his way up in the field. His efforts paid off: the Dutchman was able to bring the car into the pits for the driver change in third position overall! Some time was lost during the pit stop, but Simon Wagner still managed to bring the car home in third place and securing the first podium finish of the season for the team.

Praga R4S on the Circuit in Zolder

Danny van Dongen was pleased with the result: “It was a good debut. In race one, Leo turned out to be a little bit too eager, but in race two, we made nice progress. I was able to race from the back of the grid to third place, which was great fun, and then Simon brought the car home in third place, in spite of some rain in the closing stages of the race, which made it difficult for the drivers.”

The next outing for the NEW GENERATION team with the PRAGA R4S sports car will be during the ADAC GT Masters Weekend at Circuit Park Zandvoort in The Netherlands, May 5th  and 6th, with the next two races of the Supercar Challenge.

More information and race results can be found at: www.supercarchallenge.nl