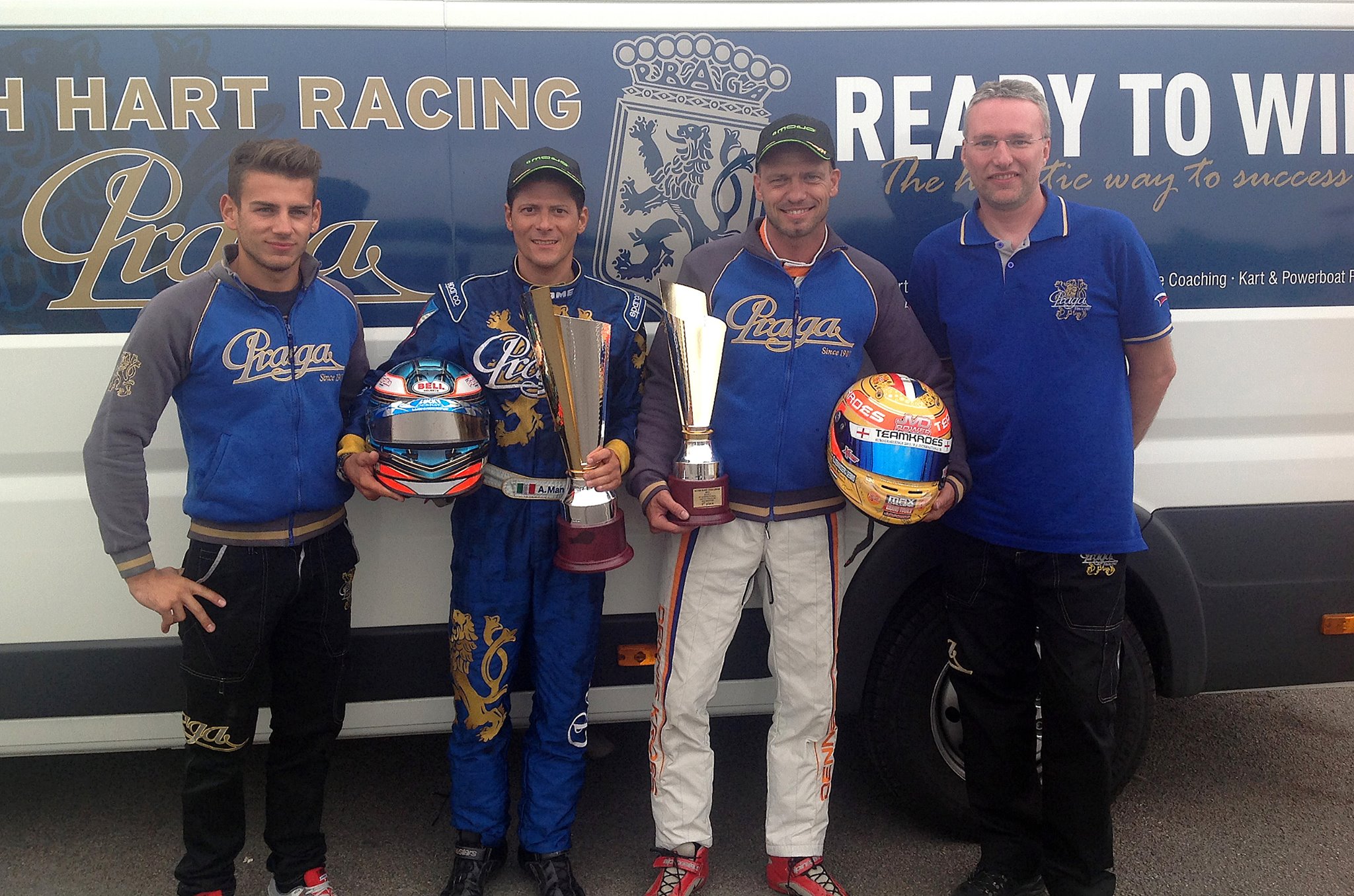 21 July 2013, PFI Circuit, England — As in the last round of this year’s Rotax Max Euro Challenge, Alessandro Manetti (I) was again unbeatable at the PFI circuit close to Nottingham, England.  In the DD2 Masters class on his Praga Dragon, he finished again first ahead of Dennis Kroes (NL/Praga) and Christoph Adams (F).  Racing in conjunction with the DD2 class, Manetti almost had the potential to prove what was possible in DD2 overall. The Italian showed great performance and speed on his PRAGA in England, unfortunately he was involved in a collision in the pre-finals Sunday morning, racing in 3rd position just a step behind “Mr. DD2” Ben Cooper and the later winner of this Euro round Sean Babington. But this outstanding speed once more proved that the Praga Dragon is absolutely one of the best DD2 chassis. In the finals, Manetti ended on P15 after having started at the end of the grid, overtaking half the field in the 16 lap race. The fight in the final was finally rewarded with the trophy of the DD2 Masters winner.

In the Junior class, Juan Manuel Correa from the USA competed for Praga and Josh Hart Racing in his second race at the Euro Challenge after Castelletto. Correa impressed with great speed and showed a big improvement compared to the last round. Up until the pre-final, he was always in the top of the 44 drivers field. Starting from row 3 on the grid for Sunday, in the pre-final and final he was already out of the race before the first lap due to collisions. Hopefully the next time Correa has better luck, but his talent and great speed was nevertheless shown.