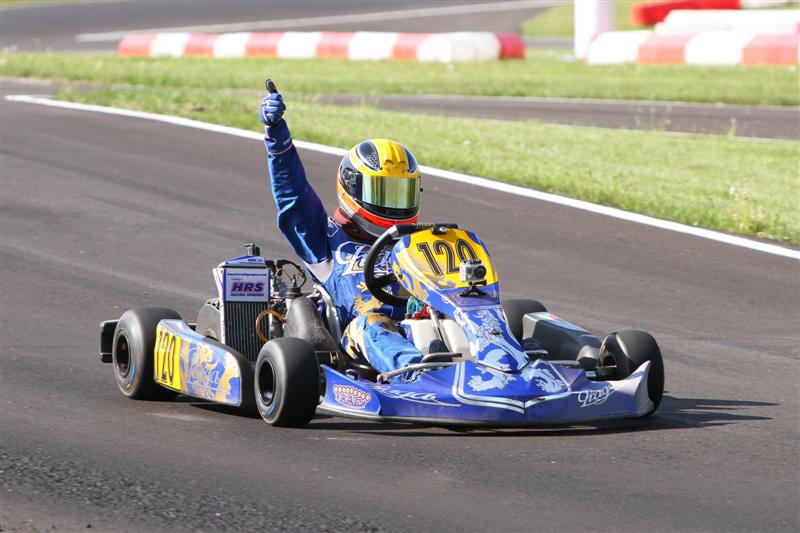 4 October 2012 — Austin races in the Roto Mini Max category of the Eastern Canadian Karting Championship. At age 13, he shows signs of real talent for the sport. Talk to him, and his love for it is palpable. Talk to other drivers, other parents, and his abilities behind the wheel are well-known and lauded. Spend a day watching him on the racetrack, and you’d never know that Austin Riley is autistic. “At first, it was described as fine-motor-skill issues,” says Austin’s dad and crew chief, Jason. “He had difficulty holding a pencil — a big accomplishment this year was Austin learning to strap on his own helmet.”“The doctor’s suggestion was to help him develop fine motor skills through some sort of activity,” explains his mom, Jennifer. “Anything with running, skating, catching.”

The family tried soccer, but Austin kicked the ball once and wanted to leave, it wasn’t for him. “He actually sat on the field and started playing with clovers,” Jason says. Hockey, football, basketball, how many sports are there? The Riley’s tried them all, but nothing stuck until a flyer appeared on their windshield about Goodwood’s rookie series. Kids just show up with a helmet and gloves and race in small karts against other kids close to their age and size.

It took some convincing. The experimenting with sports had taken its toll, and Austin kept telling his parents he wouldn’t like it. “He had a lot of apprehension because he was convinced he’d been crap at everything else,” Jason says. “At first, we couldn’t make him think otherwise.”

Austin on the track

But one lap around the track and “he had the biggest smile on his face I’ve ever seen.”

It was the speed. His parents had seen it before. Jason’s brother took Austin for a ride once in his Porsche. He tried to scare him. He tried to go too fast. “All he did was laugh,” Jennifer recalls. In a race car, he feels something he doesn’t in most aspects of his life: confidence and control.

Just look at the results:

In his first race in the Rookie Series, Austin finished eighth. The rest of the year, he didn’t miss the podium and finished third overall. The boys who beat him were 11 and 12. Austin was 7.

Last year, he finished fifth overall at Goodwood and second in the micro division at Mosport. This year, he is leading or close to the top of all standings in his series.

After his impressive start in the rookie series, his parents used a racing scholarship to purchase his first kart. But there haven’t been any scholarships since, and the introductory form of motor sports is not immune to the financial requirements of higher racing divisions. Austin’s family had to sell some of their own cars and retirement savings to maintain his expensive hobby, and are not sure how much longer they can continue without a future sponsor. Still, Austin’s family sees his racing success as a source of inspiration for other children with behavioral issues.

“We don’t know how much longer we’ll be able to keep going, but we know we have to try,” says Jennifer. “We can’t take it away from him.”

Austin will need a sponsor for his career to continue. His dad hopes he can be as inspiration for other kids with behavioral issues.

“He’s at a constant disadvantage, and all he does is succeed,” he says. “He’s an inspiration to us, and I think he can be to other kids as well.”