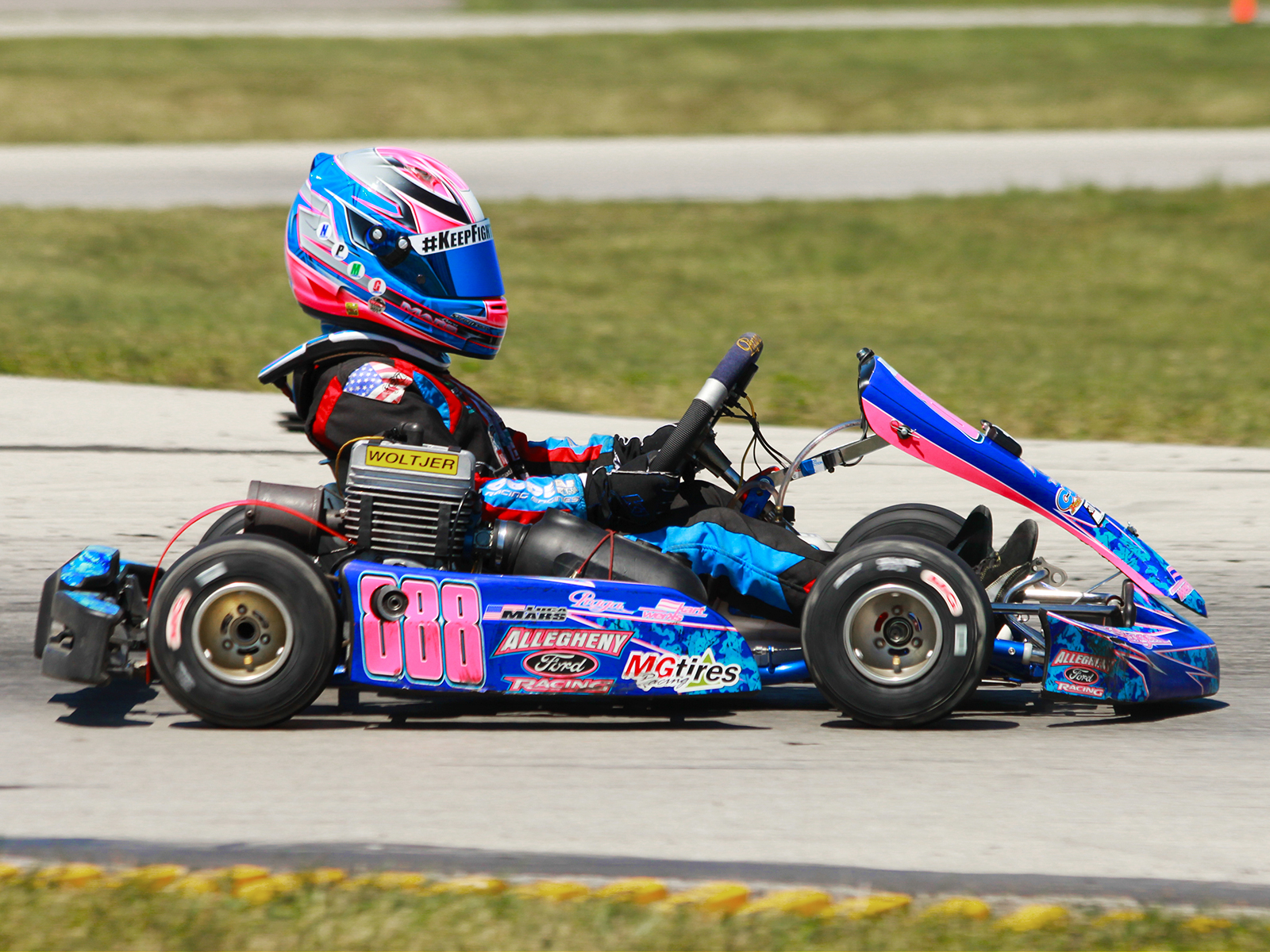 Continued success for Praga at USPKS

The weekend certainly belonged to Luca Mars. The Yahama Rookie driver was the leader in points going into the weekend, and it seemed that fate threw just about every curve ball his way, from finicky weather to technical problems. But the young, talented driver took everything in stride. Starting off strong on Saturday with a P1 in qualifying, he was close up front in the heats (P2, P3), and managed to come out on top in wet conditions during Saturday’s final. On Sunday, after a strong qualifying (P1), a technical problem kept him from starting in the pre-final, meaning he had to start the final from the back. A challenge for some, but Mars cleanly moved his way through the field and to the front, taking another victory in Sunday’s final. In the end, Mars was the class champion for the series, an excellent way to finish his last year in the class before moving up next season.

Other notable results for Praga: Ryan Detlor had an impressive Sunday in Yahama Rookie, qualifying P2, and taking P1 in the pre-final, and P3 in the final, finishing the series 3rd overall in points. Laurentiu Mardan represented in the Parilla Challenge class finishing P2 and P1 in the weekend’s finals. TaG Senior drivers Andrick Zeen and Michael Geringer definitely showed the speed and versatility of the Praga chassis, running within the top 10 nearly all weekend, but a contact kept them from the podium on Saturday, and Sunday’s unpredictable weather hindered their setups. Overall, though, Team Director Blake Wankowski is very happy with how this season has gone. “We’ve come very far in a short amount of time, and I’m happy with everything we accomplished. We’re ready to take away everything we’ve learned to come back bigger and stronger next year. Praga would like to thank all of our drivers, Kartwerks USA and Dan Schlosser, Mark Coates, and everyone else who makes the United States Pro Kart Series possible.”

Next on the schedule for Praga North America will be Round 5 of the Californa ProKart Challenge, then Team Director Wankowski will be heading to the IAME X30 World International Final with raffle winner Mike Giessen, before returning to prepare for the SKUSA Supernationals XVIII.