After the seventh stage of the 2022 Dakar Rally, Aleš Loprais and his crew have moved up to fourth place in the overall standings. On Sunday, the Praga V4S DKR of the Instaforex Loprais Praga Team kept up with the overall leaders throughout the whole stage. 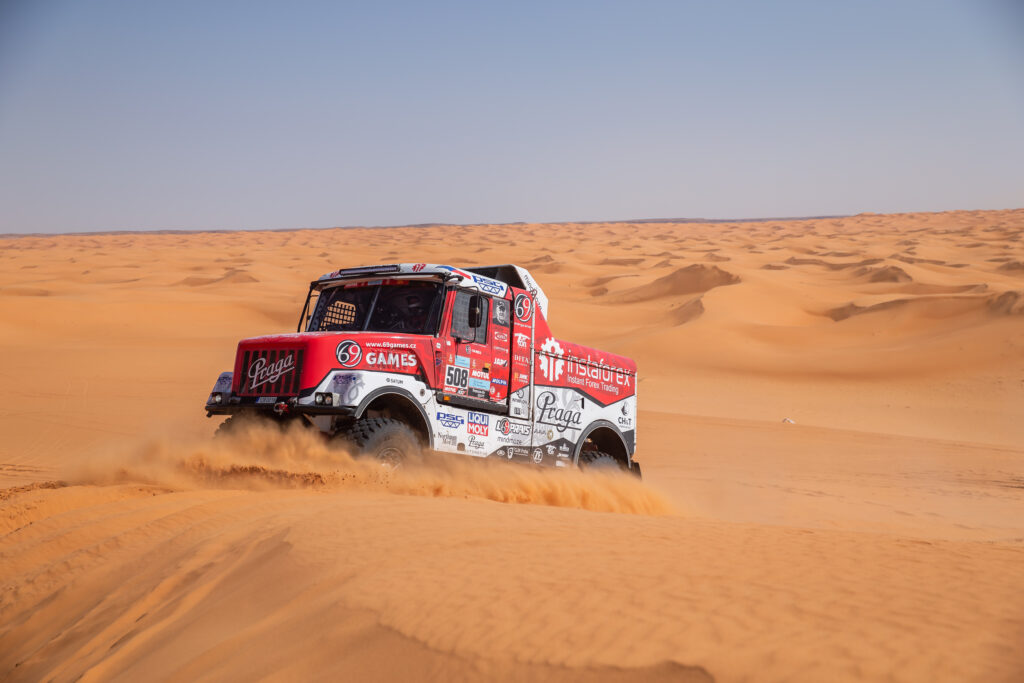 Before the second part of the rally could even begin, the Lady, as the team calls the red and white truck, underwent very thorough maintenance. Petr Pokora with his mechanics had a really busy Saturday in Riyadh, which was officially a rest day. They went through everything, from hinges to belts to pulleys. They also checked a downtake pipeline of a turbocharger, shock absorbers and many other important components, including every little screw, how tight they are and if there are any cracks in them.

Everything had to be perfect for Sunday, January 9, as they faced a 700-kilometre-long stage from Riyadh to Al Dawadimi, with a very challenging special (402 kilometres). The competitors visited an area, which they had never visited before since the Dakar has moved to Arabian Peninsula. And Aleš Loprais with Jaroslav Valtr jr. and Petr Pokora did especially well in the opening 100-kilometre-long dune section. The sand was much drier than in previous days. And they also handled well the rest of the stage, which was faster, but also very difficult in terms of navigation.

Once again, the Praga #508 did well against factory Kamaz trucks and it easily belonged among the fastest eight trucks of the day, that finished the 400-kilometre-long timed section only within eight minutes from each other. 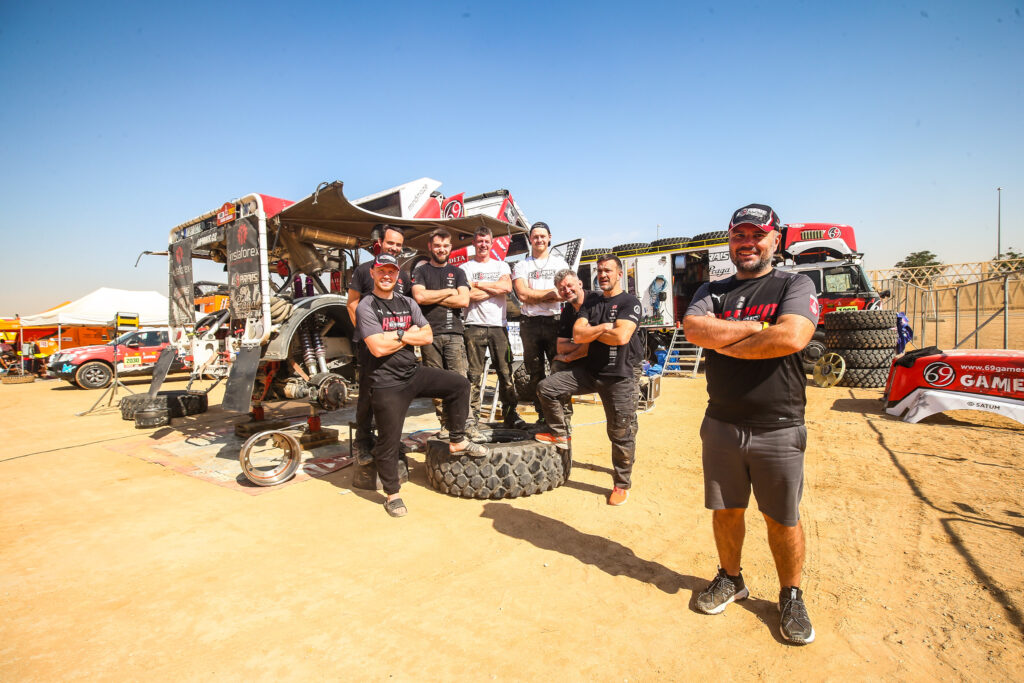 “The beginning was very good. In the dunes, we were catching Nikolaev, and I felt that we’re getting closer to another Kamaz as well. But after the neutralisation, there was a completely different rocky section. We also fell into one navigational trap, but Kamaz did partially as well,” describes Aleš Loprais.

“Only the Dutch team handled it perfectly, as they saw us and the Russians getting lost there. But while the Kamaz then managed to get in front of the Dutch team, we dropped behind them. So, we had to drive through the dust until the end of the stage. I think that we had a really good chance to get a decent stage result today, but we can’t get everything right away. I’m glad for what we have, and I say hello to all our fans, who give us the energy to push even more.”

However, even the seventh fastest time of the day (+ 7:57 minutes) was enough for Loprais to move ahead of Janus van Kasteren (Iveco) into fourth place in the overall standings. The Dutch driver got into trouble right at the beginning, and he finished more than 38 minutes behind the winner. He has now dropped to fifth place in the standings and is almost half an hour behind the Czech crew.

Dmitry Sotnikov still leads ahead of his teammates Eduard Nikolaev and today’s winner Anton Shibalov, all of them from Kamaz-Master team. Loprais in fourth place is one hour and seven minutes behind the leader, and 36 minutes behind Shibalov in third position.

The 2022 Dakar Rally continues on Monday, January 10, with Stage 8 from Al Dawadimi to Wadi Ad Dawasir. It is going to be not just a very long stage (830 kilometres), but also one of the toughest ones, with a visit to the western parts of Rub’ al Khali. The timed section (395 km) promises lots of dunes. And while the second part should be very fast, the organisers expect many crews to struggle in the sand for long hours. And some might not even arrive at the bivouac until late in the evening.