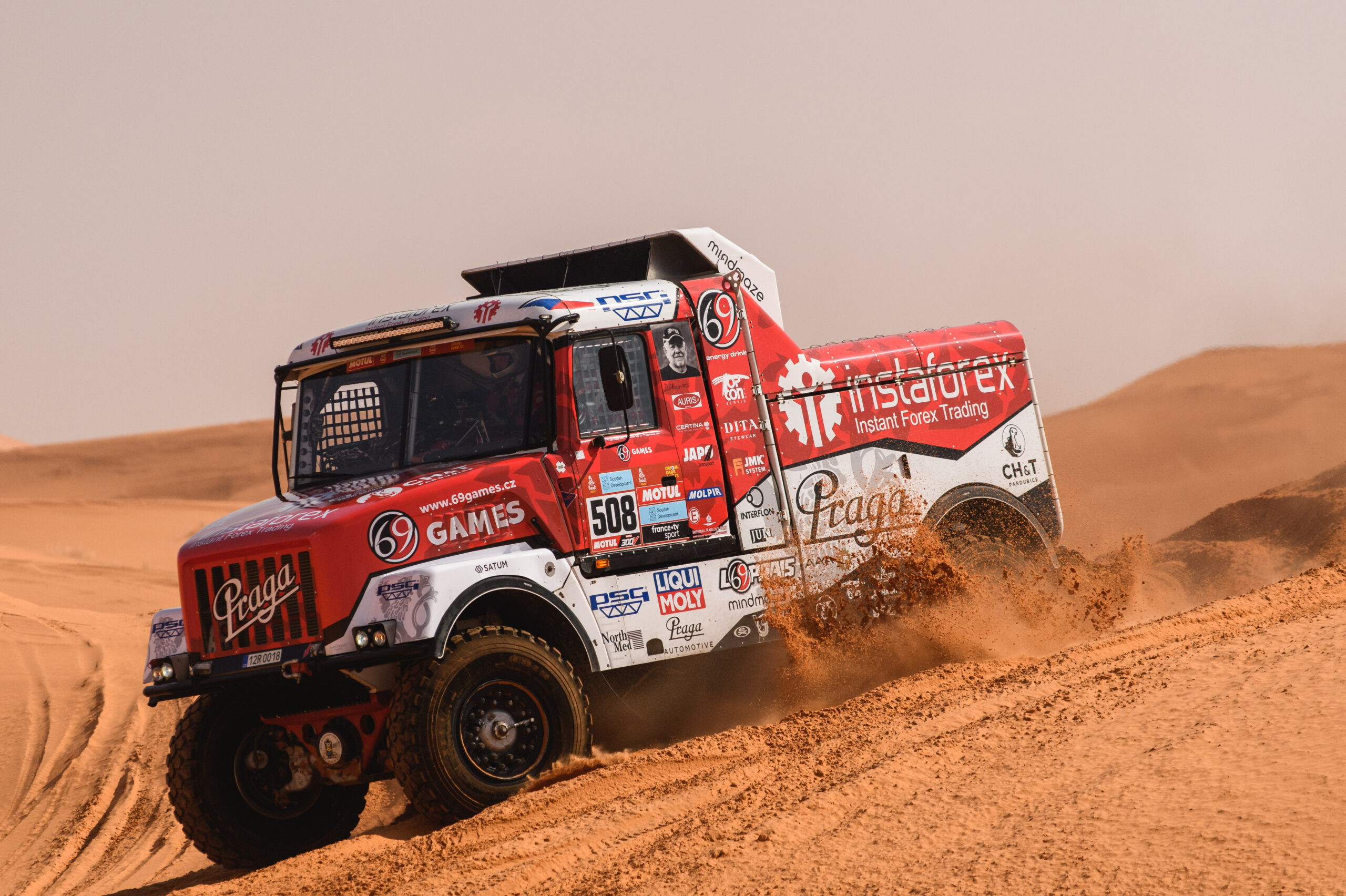 After the first quarter of the 2022 Dakar Rally, Aleš Loprais and his crew sit in fifth place in the truck overall standings. The Praga #508 crew managed to hold its position, right behind four factory Kamaz trucks, despite a puncture, that cost the team some valuable minutes at the end of Tuesday’s special. 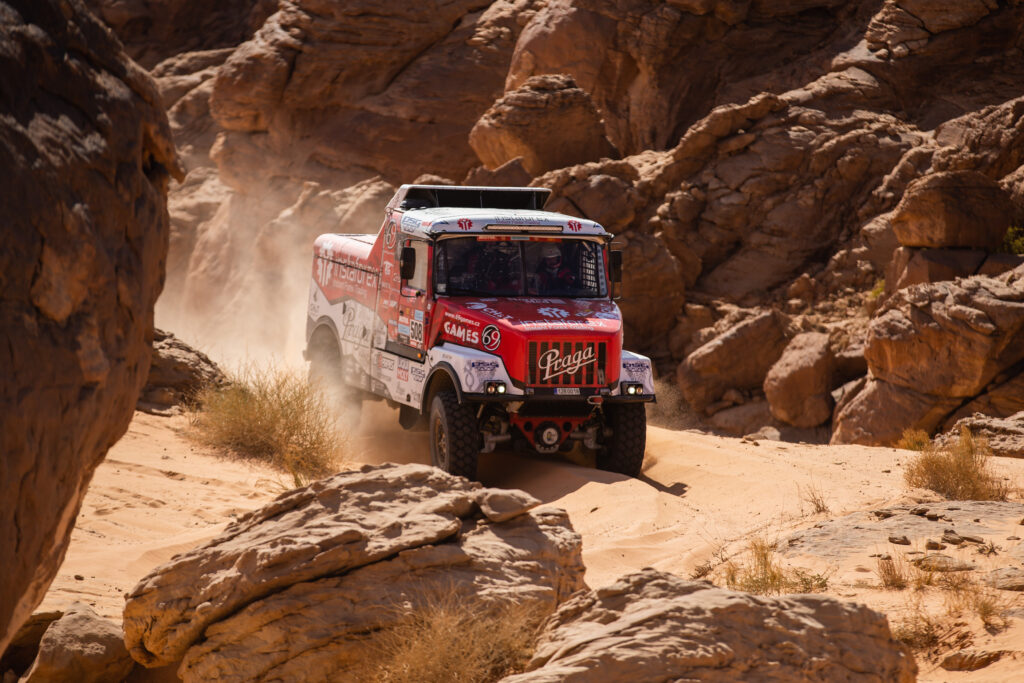 On Monday, January 3, the Dakar Rally was supposed to offer the first one of its two marathon stages. However, those plans had to be cancelled, following Sunday’s heavy rain and local flooding that saw a planned bivouac at Al Artawiyah getting damaged. Instead, the organisers sent competitors to Al Qaisumah, and because the place was not prepared for marathon rules, the second and third stages were turned into classic stages. That means that the Dakar competitors can now use all the help and support from their teams during the night.

Monday’s stage took place as planned, with a 338-kilometre-long timed section. However, the rain had affected the route, and especially the terrain, that from two-thirds was sand. 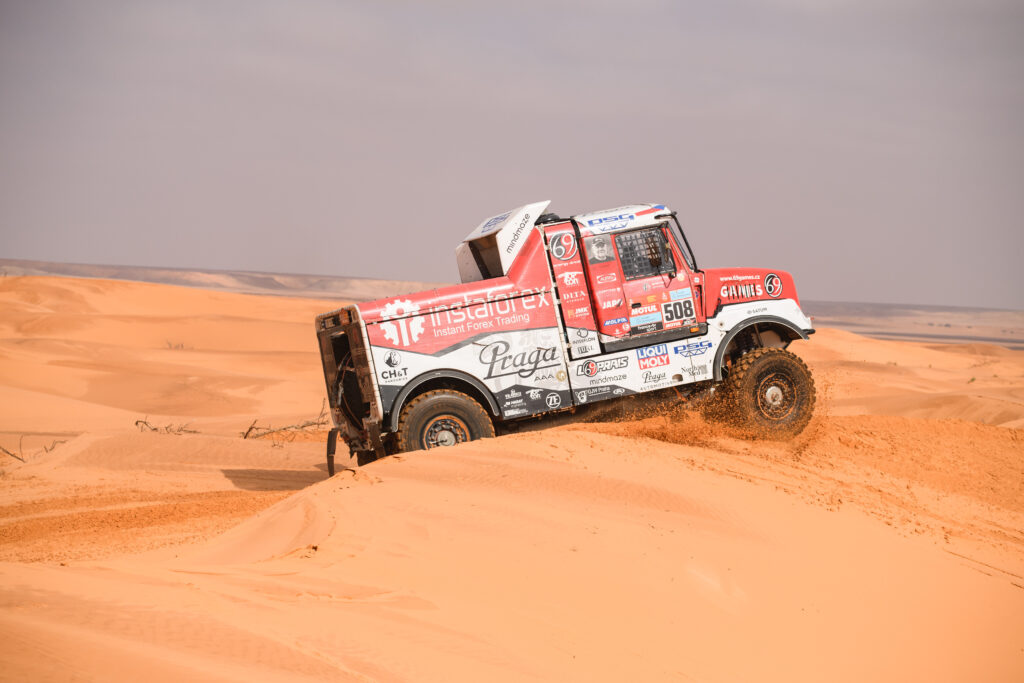 But Aleš Loprais with Jaroslav Valtr jr. and Petr Pokora handled all the challenges perfectly, and they finished in fifth place, just seven minutes behind the winner Andrey Karginov, who was followed by his three Kamaz teammates. For a long time, the Instaforex Loprais Praga Team was battling for every second with Janus van Kasteren (Iveco). However, in the end, Loprais managed to gain over two minutes on the Team De Rooy’s driver.

The third stage of the event (636 km) presented a loop around Al Qaisumah. Its shortened special stage had 255 kilometres and took place mostly in sand and dunes. With the recent heavy rain affecting the terrain, sand was very dense, making it a bit easier to tackle the dunes. However, in other places, the rain actually complicated it for the crews, as some roads and tracks, that had been visible when the organisers had been preparing the stage, disappeared. 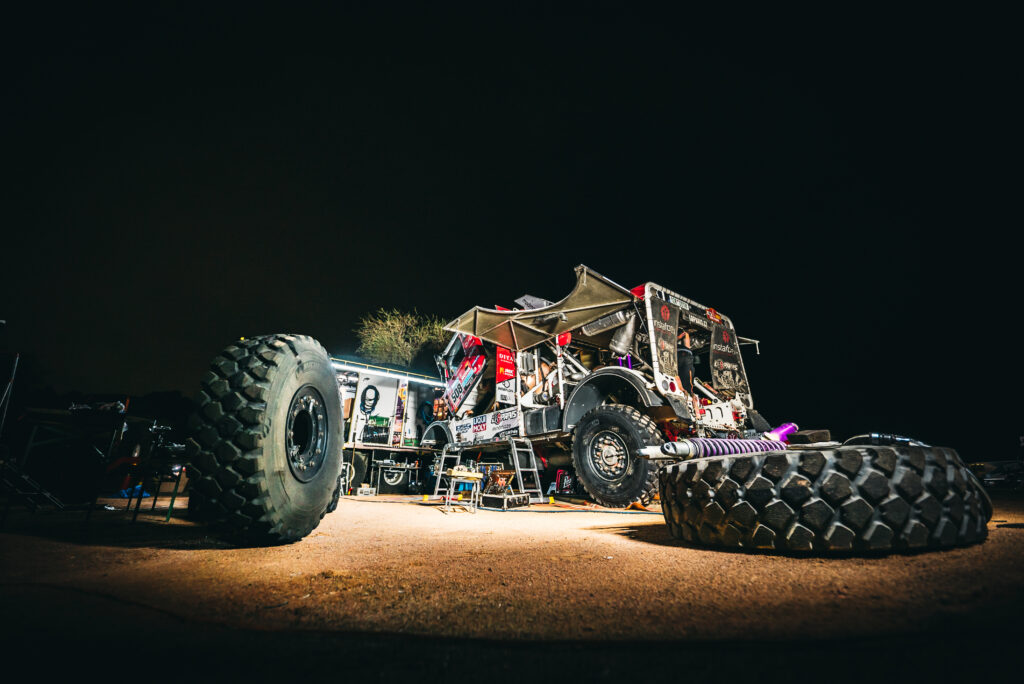 Aleš Loprais, Jaroslav Valtr jr. and Petr Pokora started in a similar fashion as in previous days, and they were fighting for positions in the top 5 through the waypoints. However, around 60 kilometres before the end of the special, the Instaforex Loprais Praga Team truck had to stop.

“We tried to do our best today, and it couldn’t have been any faster. The pace is incredible and every minute counts. Today, we lost about seven minutes due to a puncture. But we’re glad to keep the fifth place and we continue,” summarises Aleš Loprais.

Following the tyre change, the red and white Praga V4S DKR finished the stage in eleventh place, around 16 minutes behind the winner Dmitry Sotnikov with a Kamaz.

In the trucks overall classification, Loprais has managed to stay in fifth position, even though his gap to leading Sotnikov is now around 47 minutes. The Czech driver now also has to look into the mirrors, as Janus van Kasteren (Iveco) is right behind him. The Dutch driver finished in third place today, being around 13 minutes faster than Loprais, and in the overall standings he is currently in sixth position, just 37 seconds behind. 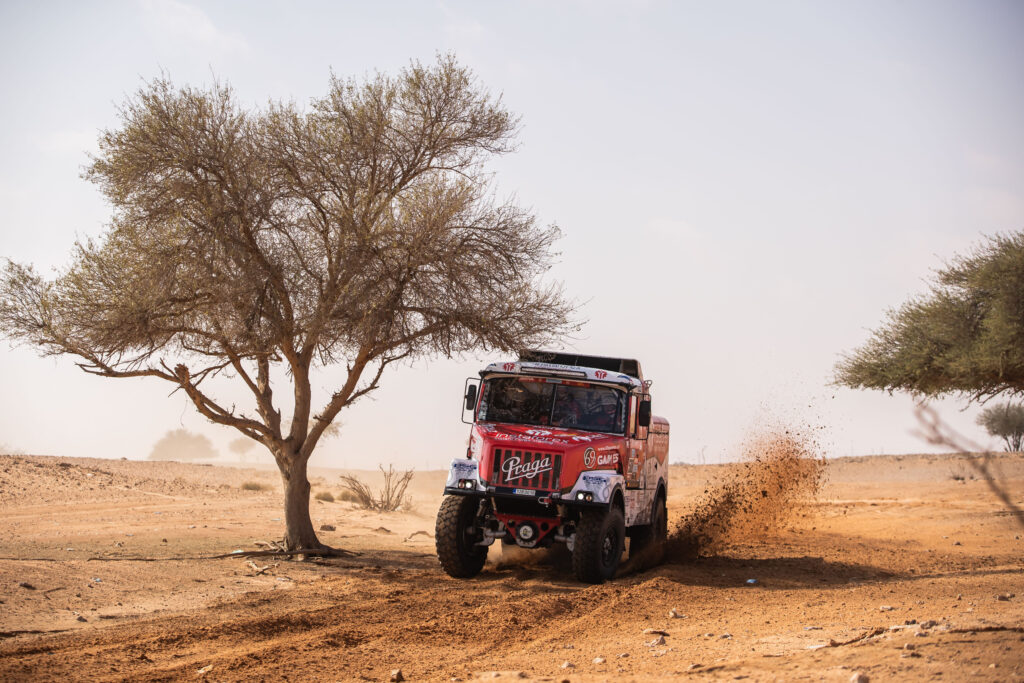 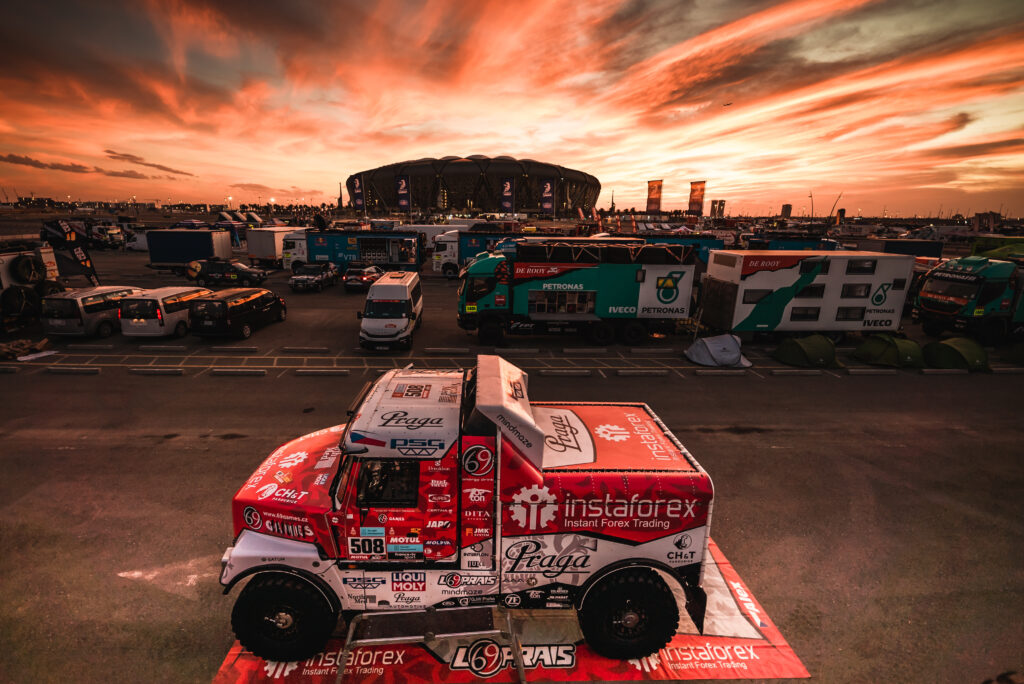