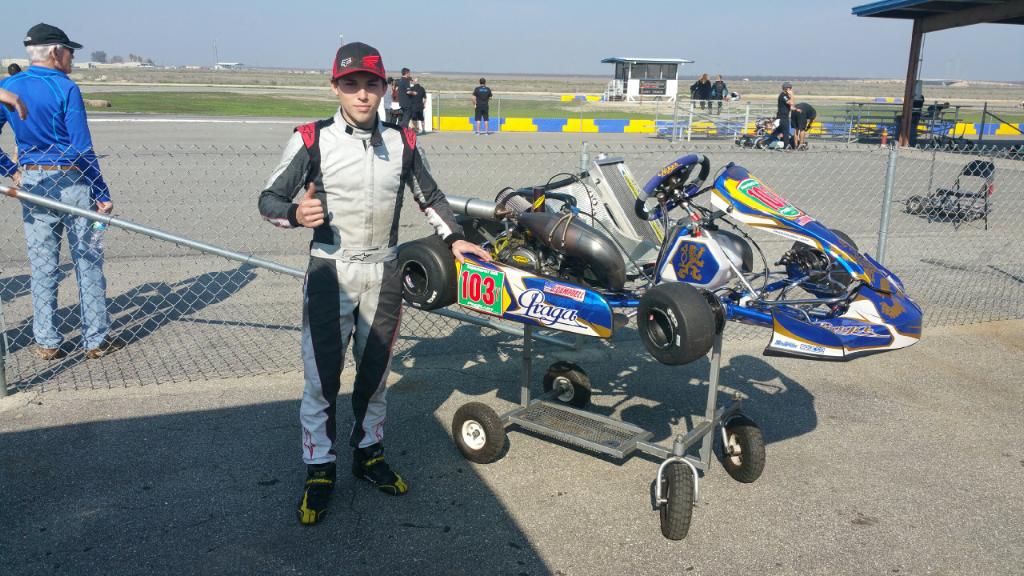 Jarred Campbell teams up with Praga for 2015 race season

February 2, 2015 — Praga North America is excited to announce that driver Jarred Campbell has made the switch to the Praga brand for the 2015 race season. The 17 year-old California native is confirmed to race with the official team at the SKUSA Pro Tour series, and will also be competing in the California ProKart Challenge. “We’re very excited to have a young, talented driver like Jarred join the Praga family. He has a strong, proven track record, and is a dedicated driver that is committed to the sport of karting. Praga is a dynamic brand that is well-suited to provide Jarred with support as he looks to achieve his goals in karting and further into motorsport”, says Race Team Director Blake Wankowski.

Campbell has been testing the latest Praga chassis extensively at his home track in Northern California over the past two months, including the new 2015 Dragon EVO chassis. His reaction so far has been extremely positive: “The 2015 Praga Dragon EVO is nothing less than amazing. It rotates unbelievably and it’s crazy fast straight out of the box. It is hands down the best kart I’ve ever driven. I’m looking forward to the season.”

Karting since 2008, Campbell has stacked up a robust resume in a short time as he progressed up the Stock Moto ladder system. He was the 2013 S5 champion in the California PKC series and the SKUSA Pro Tour, and finished 2nd at SuperNationals. In 2014, he won the Streets of Lancaster and finished 2nd in the California PKC championship in S2, and also won SKUSA SuperNationals in the S2 class, finishing 4th overall in the SKUSA Pro Tour championship. For 2015, he will move into the S1 Pro class, competing against premier drivers not only from the United States, but also around the world. Campbell kicks off his season on Praga at this weekend’s California PKC opener in Buttonwillow.