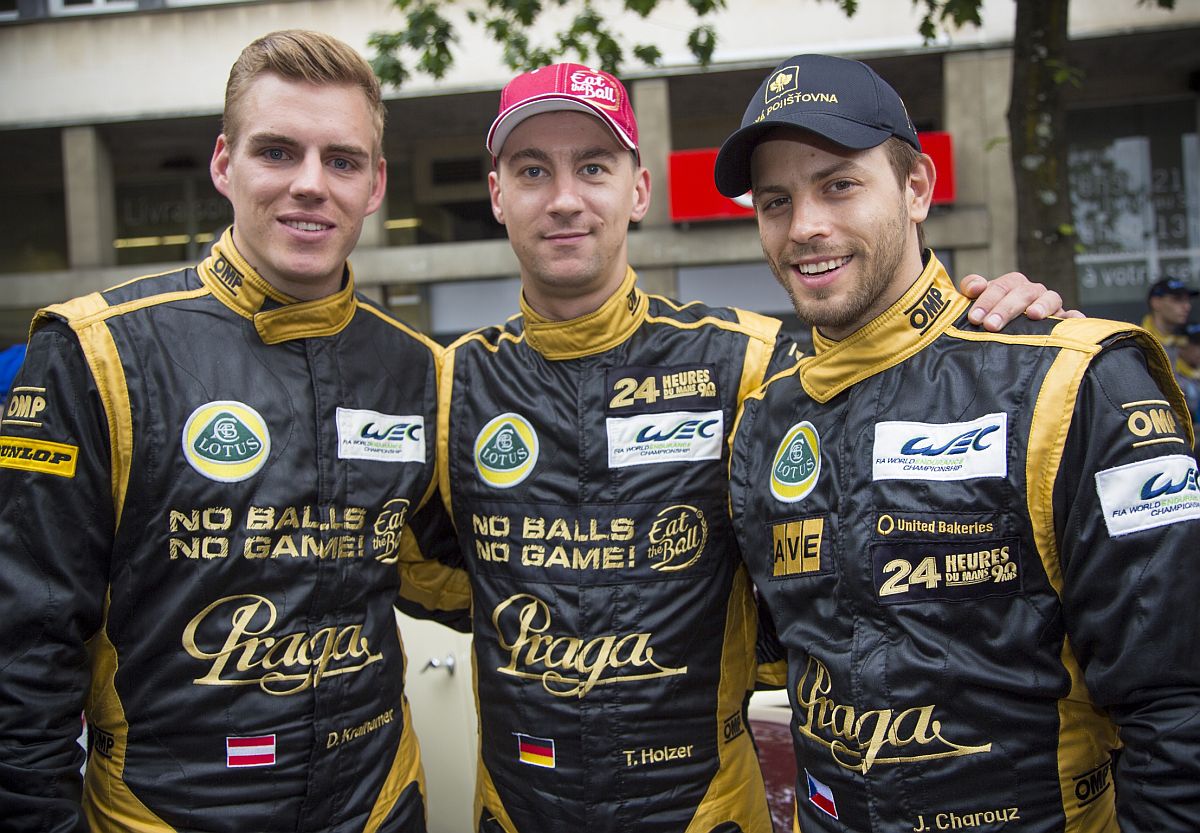 In our column “Lotus Praga LMP2 Inside” we ask our race drivers about racing, race preparation, holidays and other personal subjects. Here are the answers of Thomas Holzer.

How was the race at Le Mans for you?
Le Mans was a fantastic event once again. Unfortunately, it was tainted with sadness after a fatal accident of one of the participants. Nevertheless, the race was quite good for us even though we had to retire. After the race at Spa, we could improve the car and at the time of our retirement, we were running sixth in our category and were fighting for fifth position.

What did you do after Le Mans? Did you go on holidays? If yes, where did you go?
After Le Mans, I went to Namibia on holidays for three weeks. Last week, I was driving a go-kart again. It was the first time after 14 years. Apart from that I am exercising a lot to be fit for the next races.

There will be 5 races on 3 different continents now. Do you have problems with the travelling and jet lag? What do you do to avoid jet lag?
Yes and no. A lot of people have problems with jet lag. Usually, I arrive in the country about one week before the race. So I have three to four days to acclimatise. Travelling on a plane is not a problem for me. I am lucky enough that I can sleep on the plane very well. I fasten my seat belt, close my eyes, open my eyes, unfasten my seat belt and I have arrived. It doesn’t matter how long the flight takes.

What is special about driving anti-clockwise like in Interlagos? Is it more difficult or do you prepare for it in a different way?
It is not really more difficult, but maybe a bit unfamiliar in the beginning. Interlagos is difficult because you don’t get a chance to rest. Even the start-finish-straight is a bend.

How do you keep fit for the races? Which sports do you do and like?
I do a lot of cycling and l went go-karting some days ago, which I really enjoyed. I am thinking about getting a go-kart because it is good to keep fit.

What is your favourite music? Which music do you listen to before a race?
I listen to everything, from rock music to classic music. I just have to like it. Before a race I normally listen to house music.

Is your girlfriend coming to all the races?
No, she is not. My girlfriend wanted to come to some races, but unfortunately it was not possible because of her studies. She will finish her studies this month and then she will come to a race for sure.

What is your favourite food?
Beef tenderloin with salad and chips.

Which car do you drive at home?
I am driving a Lotus Evora at home.

If you wouldn’t be a race driver, which job would you have instead?
I completed an apprenticeship as car mechanic. Sooner or later I would have worked with my father in his company I guess.

What are your goals or wishes for the next races?
My wish is that we keep on progressing in the development of the car. And my goal is to be on the podium this year.