Mr JWW GETS TO GRIPS WITH THE PRAGA R1T

James Walker, aka Mr JWW, supercar expert and co-founder of the Production Bunker, joined Praga Cars recently to test the all-carbon Praga R1T racing car at Donington Park. James joined friend and experienced racer, Sir Chris Hoy in the garage at the cold and damp test day and his attempts to get to grips with the aero car were caught on camera. With just one season of racing under his belt – at the wheel of a Caterham – piloting the R1 turned out to be an exciting challenge and the results can be seen in Praga’s film. It is fair to say as the temperatures and tyres warmed up, so did the control of the car, leaving James with a very positive feeling towards the car that he is now considering racing in 2021.

James said: “I’ve had my first season of racing this year in the Caterham Academy and wanted to experience the opposite end of the spectrum, which is slicks and wings and downforce. With the Caterham, it was just me and I really like the idea now of being involved with a team, sharing the highs and lows and learning together. It’ll be great to share that drive and when you step out, either having had a good or a bad time, being able to share that.”

On the Praga R1T Evo – the so-called ‘Art Car’ driven by teenagers Jem Hepworth and Danny Harrison to 2020 Britcar Endurance Championship glory – he said: “It felt good. It is so responsive and you turn it not so much with your arms but your wrists as the inputs are so slight. A great experience. It’s really cool.”

As James took on the R1 challenge with full confidence, an early trip into the Donington Park gravel trap resulted from pushing too hard on cold tyres, and left him looking for some encouragement from test day team-mate, Sir Chris Hoy, who said, “It looks like you are finding the limits – that’s great. It’s so hard to warm the tyres up in these conditions. It’ll take a while –  four or five laps. Let’s go!”

Mark Harrison, Managing Director, Praga Cars UK said: “It was great to welcome James and Sir Chris along to test the R1 at Donington Park with the Praga and VR Motorsport teams. What really impressed me was how James approached the test, knowing that it was a significant step-up in performance from his current level of experience, especially with having to engage aerodynamics on a cold and damp day. There would have been no point in taking it easy and not trying to get the most out of the car, but in pushing his and the car’s limits, he found them and then found the gravel. Importantly, he learned as the day went on, and the tyres warmed up, and put in some seriously impressive lap times towards the end. I hope we see him back at the wheel of an R1 and a big ‘thanks’ for letting us film his little trip into the trap!” 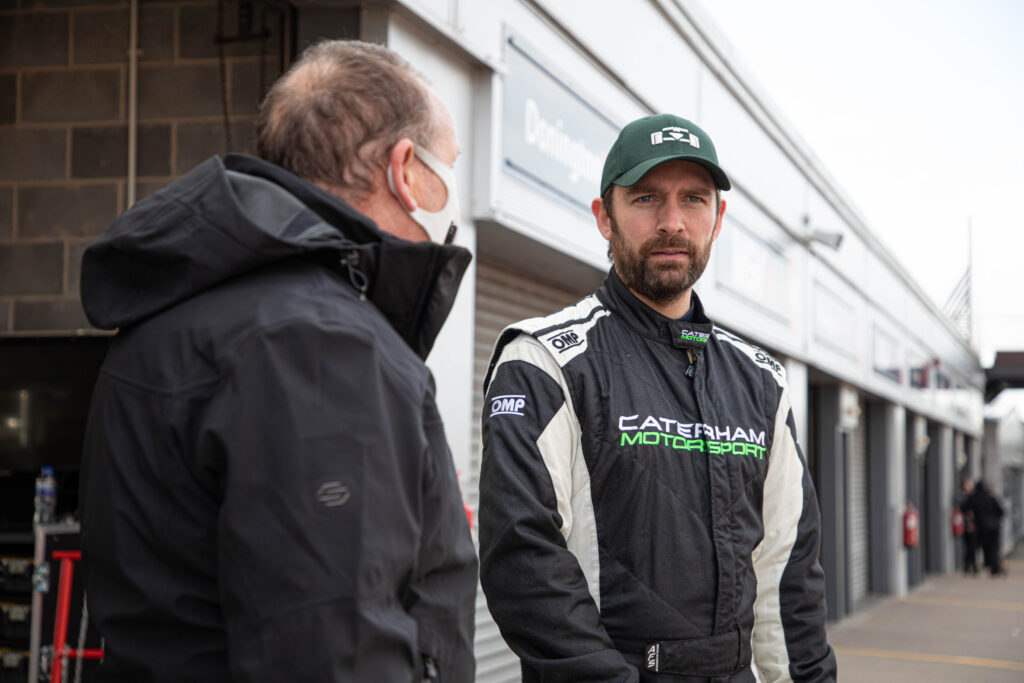 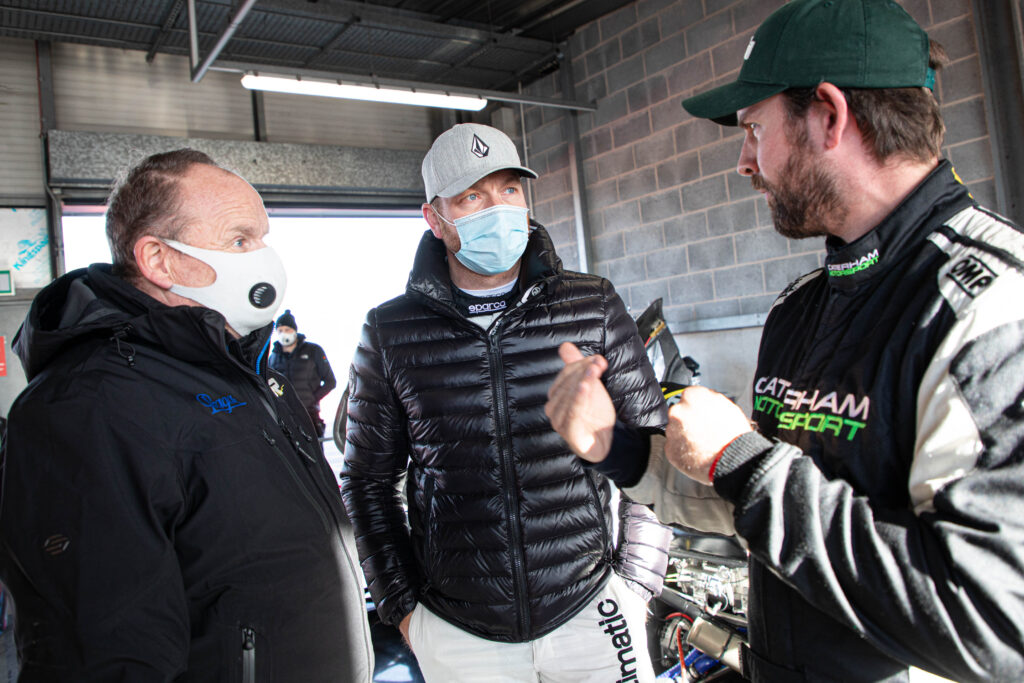