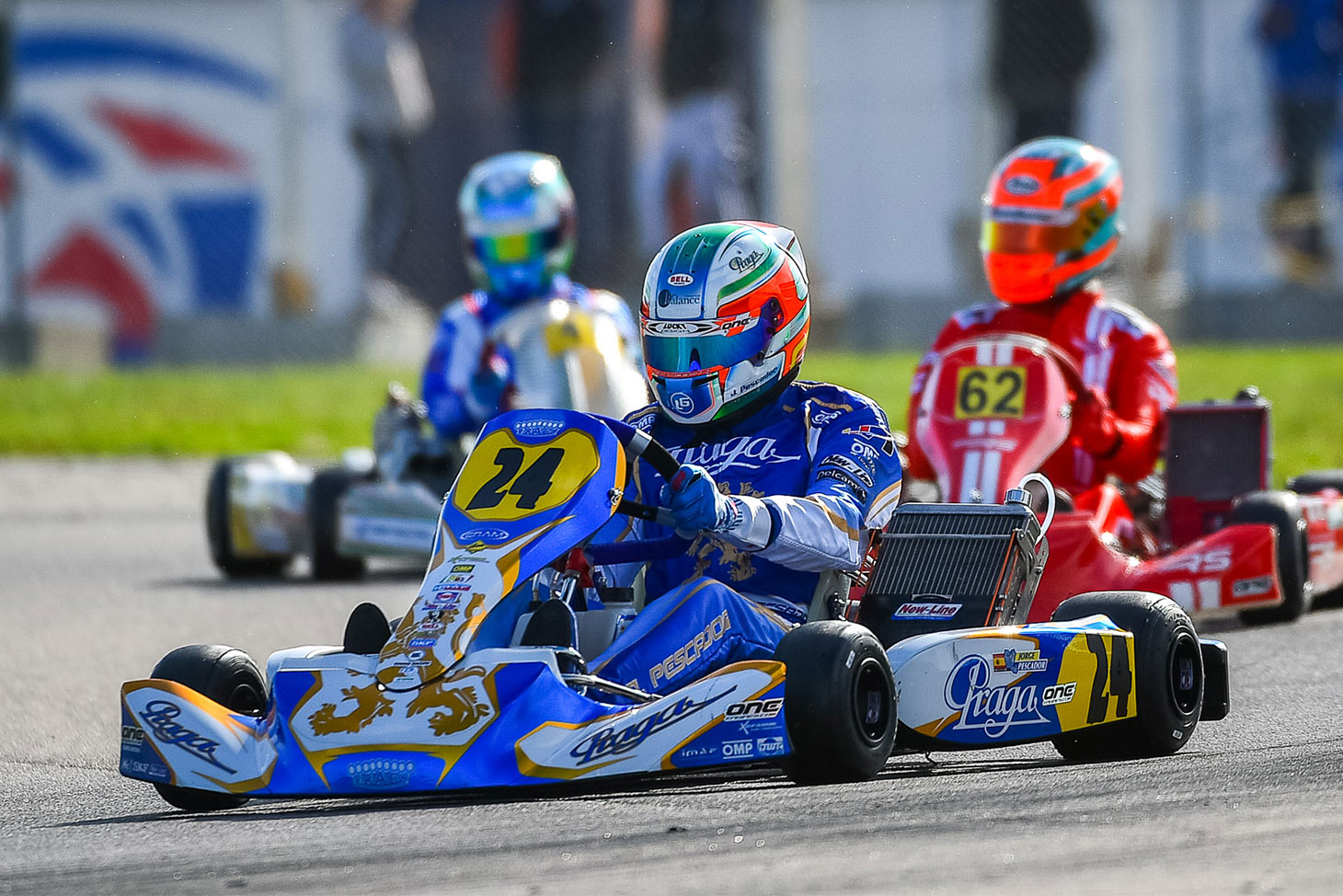 On the Swedish Asum Ring circuit, in Kristianstad, the Praga Racing Team and the Schumacher Racing Team with the newly founded RS (new brand by IPK) show the competitiveness of the Italian chassis in the world championship event dedicated to single-speed karts.

Initially, it was the most experienced drivers who did best, with excellent qualifications that resulted in 5th place for Pescador and 7th for De Brabander. Both subsequently had good heats, winning one per head and reaching the top places for several others (Pescador was 3rd twice, De Brabander was 2nd three times and 3rd once). Too bad that both of them also had an unfortunate heat that penalised them in the final calculation of penalties and forced them to drop a few boxes on the starting grid of the final.

It was a final that Kovacs and Delli Guanti also did well to qualify for, determined to fight wheel to wheel with their opponents in each heat, while not starting from the best positions. Delli Guanti also managed to come second in one of the heats, while Kovacs, apart from one 15th place, never left the top ten in any of the heats he competed in.
However, Bizzotto and Ferati had a harder time.Their performances were a bit up and down and they failed to qualify for the final.

Of the 4 IPK chassis competing in the decisive test of the FIA Karting World Championship, in the end the best was the one driven by the Belgian Yannick De Brabander, who finished 12th, with Pescador and Kovacs not far away and in any case inside the top 20. A final result definitely below expectations, consideringhow both brands, Praga and RS, had performed from the start.

The world championship event wasn’t very lucky for the Schumacher Racing Team in the OKJ class. The two drivers of the RS brand, Joel Mesch and Jakob Bergmeister, perhaps paid the price for their inexperience in such an important and noble event as the FIA Karting World Championship. Unfortunately, neither managed to achieve the goal of qualifying for the final.