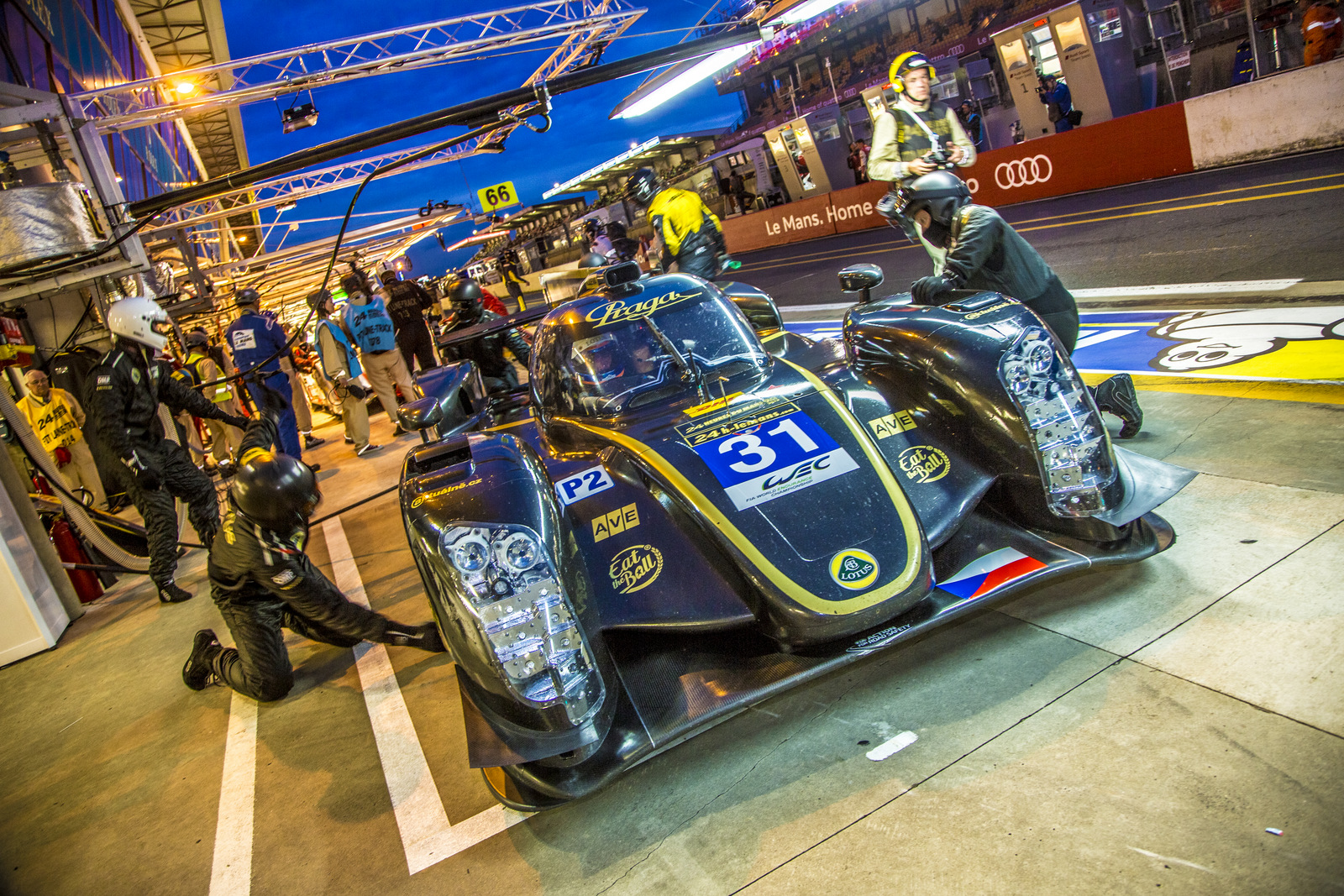 19 June 2013, Le Mans, France — Wednesday on the Sarthe Circuit saw the Lotus Praga team preparing for the first round of qualifying practice, which took place between hours 22:00 and 24:00.  The team didn’t make it out for the day’s free practice, so this was the first time back in the car since test day. With a qualifying cut short due to a red flag, the team did the best they could, with car #31 finishing 13th in the LMP2 class (car #32 did not record any time).

They’ll get their chance to improve on Thursday evening, with two more qualifying sessions taking place from 19:00 to 21:00 and 22:00 to 24:00. Let’s hope the weather holds out and the track stays dry. The team will also have an autograph session at the Lotus Cars stand in the Village on Thursday at 17:00. Ending the week on Friday, before the official race starts, the Lotus Praga team will partake in the driver’s parade, taking place in the town centre of Le Mans.

More photos from the qualifying practice:

Car #31 in the pitlane during Wednesday’s qualifying practice.