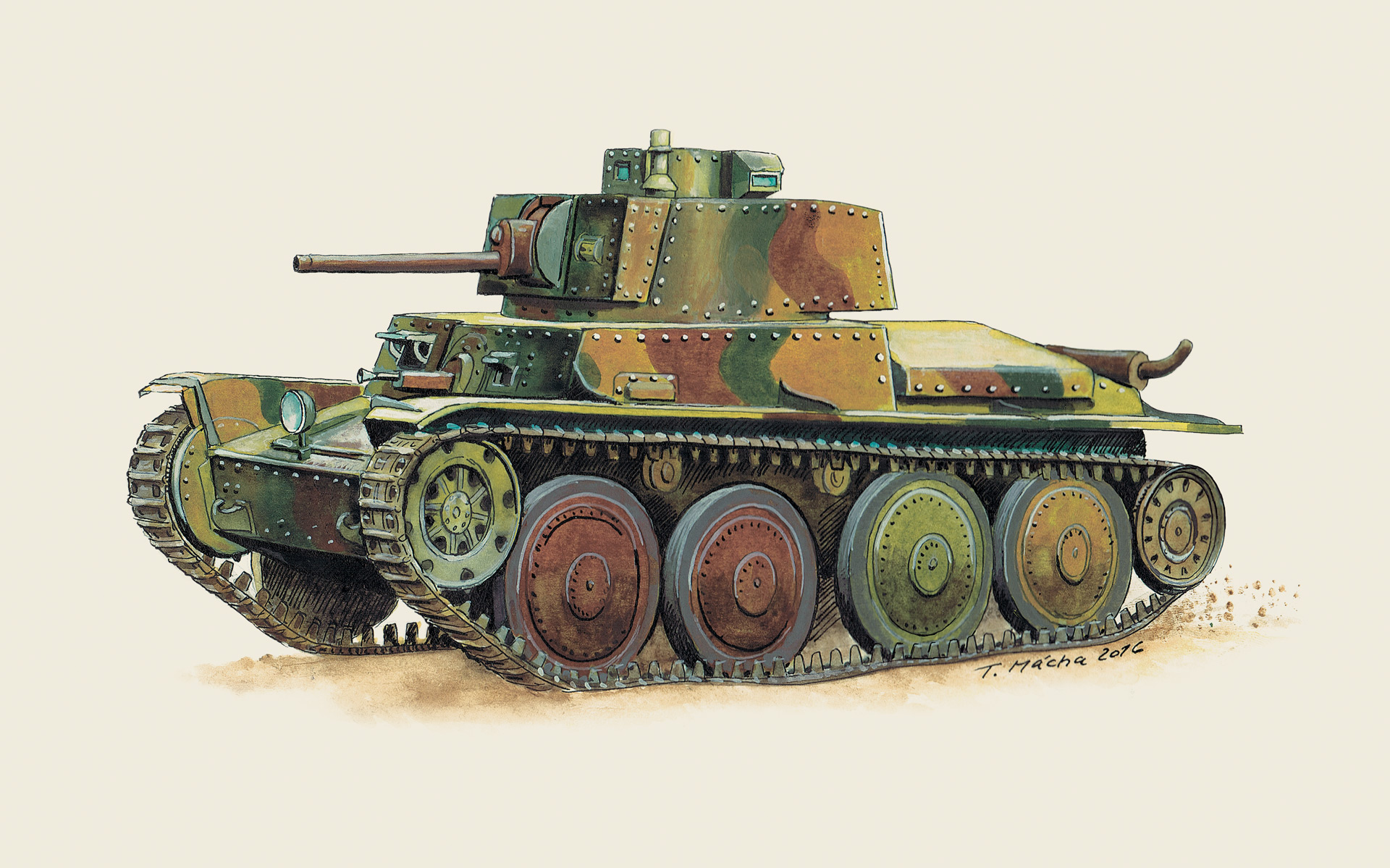 Praga during the Second World War

This issue is dedicated to war times and their impact on Praga’s production and position as an important Czech factory. Praga’s vehicles took part in the WWI as well because several trucks and truck trains were employed by the military on the battlefields. These vehicles played frequently a crucial role of supplying the front lines with food, arms and reinforcements. However, armed and armoured vehicles were a common thing on the fields of the WWII and it is noteworthy that both world wars brought significant technological advances in almost every branch of industry. Praga participated on this progress since the early 1930s by its production of tanks, armoured vehicles and airplanes. Today we will immerse into the history and development of company’s tank vehicles which Praga began developing in 1933.

The reason for a large demand for military vehicles by almost all European states was the unstable political situation of the 1930s. Praga was therefore responding to a rising demand of the Czechoslovak army which hoped to fortify republic’s defences in this manner. The first tanks were inspired by English Vickers-Armstrong construction and were called Praga P-1, sometimes also nicknamed “Little tank mk. 33”. Seventy P-1s in total were employed in the republic’s army and were commissioned to northern borders, where they participated successfully in several fire fights with Nazi Freikorps in 1937-1938.

However, the two most important models are light tanks Praga AH-IV (1936 – 1950) and Praga LT mk. 38, later known as PzKpfw 38 (1938 – 1942). The former was equipped with a turret which was armed with one light and one heavy machinegun. AH-IV was primarily designated for export and was purchased by several armies during the late 1930s. Romania bought 36 vehicles, Sweden 49 and Iran 51 to strengthen their defences. After the WWII, even an African country, Etiopia, ordered 20 AH-IVs for military purposes. In general, acquisition of light and heavy machinery presented an important and expensive step for every country. Therefore, they proved to be very careful when choosing the right armoured vehicle to join their forces. That is why Praga organized several outdoor demonstrations of its products in (both natural and simulated) difficult terrain conditions. For example, Sweden decided to acquire its 49 models only after a demonstration in Krkonoše mountains in 1937.

The second eminent tank, LT mk. 38, was however renamed to PzKpf 38 (standing for Panzerkampfwagen – Armoured battle vehicle) shortly after the Germans took over. The Third Reich’s forces unfortunately seized all 150 tanks manufactured originally for the Czechoslovak army in 1938. Wehrmacht’s officers and technicians quickly recognized the many perks of this vehicle and therefore continued with its production until the very last year of war. The first version of the tank was equipped with a 37 mm Škoda cannon, two heavy machine guns and solid iron plating (8 – 32 mm). The occupation forces then continued with production of several versions of the tank including a recovery, command, recon and ammunition design. A special design with a flamethrower was developed in 1944; the flames were able to reach a distance of 60 metres and presented a real threat for the infantry. Swedish army ordered several LT mk. 38s before the war – and the contract was actually completed, but only in 1939 when the Germans supplied Sweden with 92 tanks.

The company’s situation during the war itself is a topic for our next issue. As well
as other important military products under the brand name of Praga. •