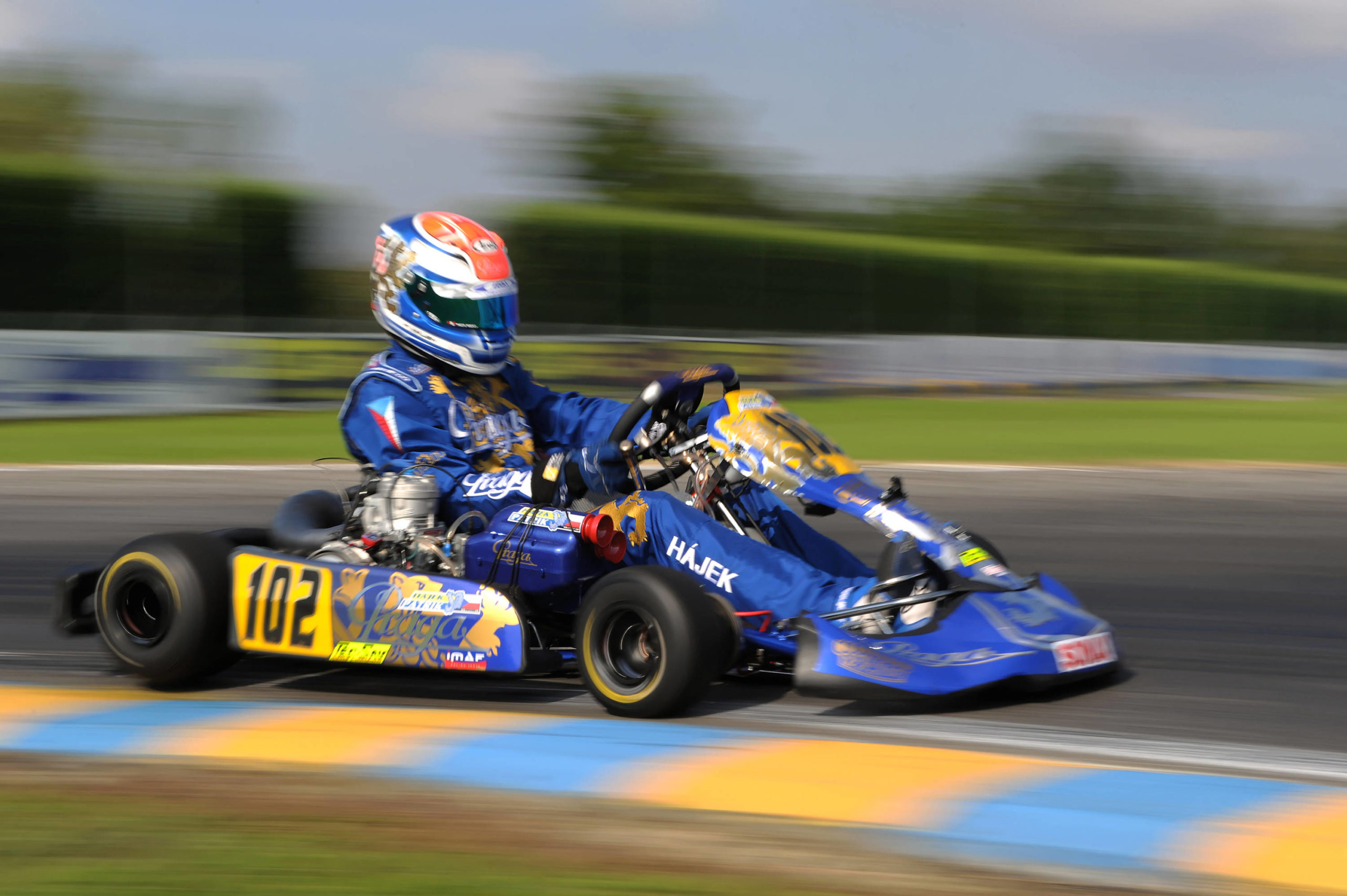 7 October 2012, Castelletto di Branduzzo, Italy — The 2012 WSK Final Cup ran at the 7 Laghi Circuit, and  Praga Kart stepped on track with 5 drivers in KZ2 and one in the 60 Mini. The Praga chassis proved itself all weekend, as Lammers and Hajek were consistently up front, but a penalty for both in the final kept them from the podium.

In the shifter category Bas Lammers and Patrik Hajek raced a perfect weekend. Lammers was 4th overall after the heats (3rd with best lap and 2nd, then in the third he won but a penalty pushed him down to 10th), while Hajek won a race, had a technical problem in the second (22nd) and in the third recovered beautifully from the rear (3rd), scoring two best laps throughout. In the pre-final Lammers won and Hajek placed 3rd with best lap and in the final the two collected a great 2-1 finish (with Hajek,2nd,  again scoring the fastest lap), save both incurring a 10 second penalty for wrong start procedures. And yet, even with the 10 additional seconds, they confirmed the superiority of the karts that led them to victory, by closing a step away from the podium: Lammers 4th and Hajek 5th.

Petr Ptacek, owner of Praga Kart, also stepped on track for the event with his son Petr Jr., who in the 60 Mini raced nice heats on the rebound from difficult qualifyings and, thanks to the repechage, qualified for the finals: here he started off well and recovered several positions, then was victim to a contact that forced him to retire. But both driver and material proved their worth.