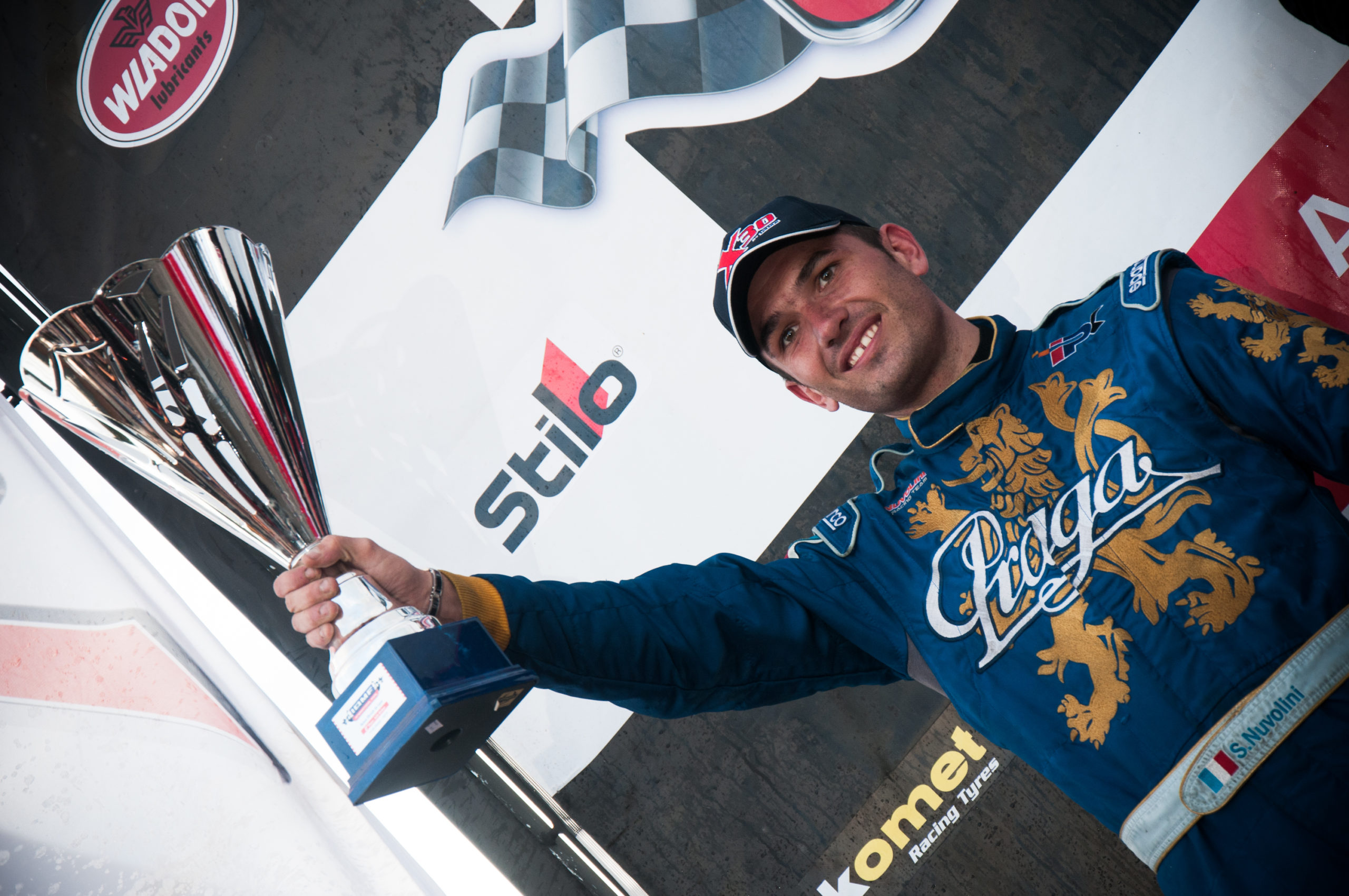 Praga Kart on the Podium at IAME International Final

21 October 2013, Lyon, France — The grand international final of the series dedicated to IAME engines just closed at the Actua Circuit de Lyon in France. Praga Karts were great protagonists of the event, with 26 drivers out of 254 entries, and topped the final standings of the most competitive category, the X30 Shifter, with Stephen Nuvolini. The French driver was immediately fast – 3rd overall in the qualifyings and 4th after the heats (2nd, 2nd, 13th) – and completed his masterpiece in the decisive phase: 3rd in the pre-final and 2nd on the podium in the final.

There were two other drivers at the wheel of a Praga kart who kept Nuvolini’s pace in the Shifter’s top 10: Sylvain Valet and Bogdan Petrenko. The French driver was 8th in timed practice and, after top-level heats, reconfirmed the result in the pre-final and then closed the final 10th, while on kart #2 the Ukrainian did even better: 6th on the stopwatch and again after the heats, 10th in the pre-final and 9th at the finish line. On track to have some fun on “his” chassis, the owner of Praga Karts Petr Ptacek rounded off the charts: 29th.

Proving that the Praga brand is competitive in every category, all 7 karts lined up in the X30 Junior (59 drivers at the go) qualified for the finals. At the checkered of Sunday’s super final – Final A (reserved to the top 34 qualifiers) – official Praga team driver Marino Sato closed 16th, completing a weekend on the rise (on Friday he was 25th in timed practice). German driver Luis Glania closed ahead of him (13th), author of a great race (21st qualifier, after the heats he was 8th and in his pre-final as high up as 5th). In the Junior’s Final B, instead, the Praga brand was honored by German driver Pascal Drewing (5th) and by Franck Chappard from France (11th). Praga also had good results in the X30 Master with Fisher (USA), Hyde (Canada) and Panisset (France): the three started the weekend at the rear of the field and didn’t qualify in the top group (A) for the decisive phase, but stood out on top in the “second chance” field: in Final B they placed respectively 7th, 9th and 10th.