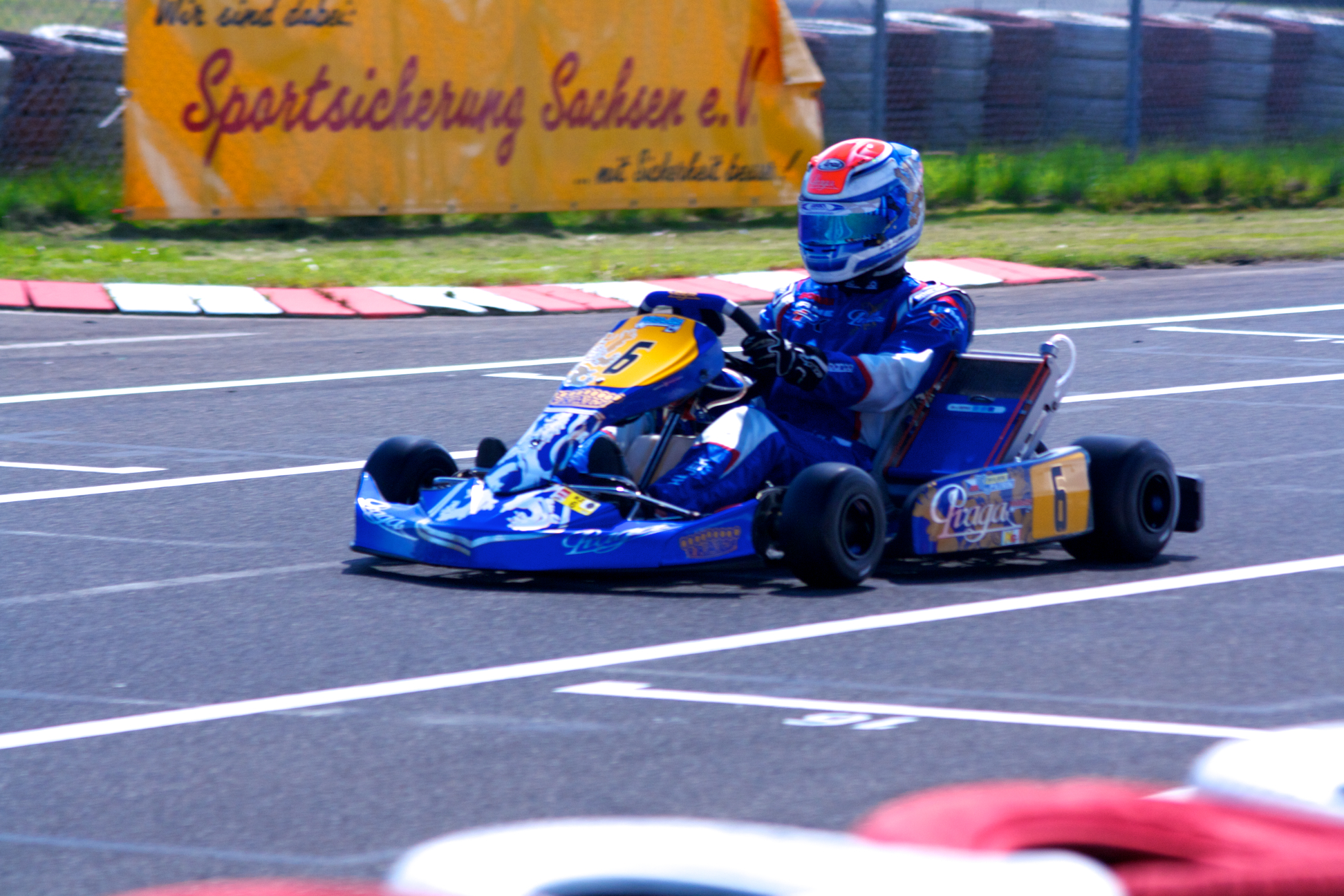 The factory team Praga Kart Racing concentrates during this part of season on a prestige European series CIK-FIA European Championship, which is for four categories- KFJ, KF, KZ2 and KZ. A precise preparation for every race is a key to success. This is well understood by the Praga Kart Racing. Its junior representative Rasmus Lind is testing Praga chassis and Iame engine at these days at a circuit in Sweden. However in less than two weeks there will be series at a German circuit in Wackersdorf and categories KZ2 and KZ will be present. Factory pilots of those categories were allowed to test right at this circuit in German championship DKM.

Jonathan Thonon, Patrik Hájek and Kirill Karpov were given the opportunity to start in a German championship and prepare the technology and themselves the best possible way. The DKM series is well known for their great organization and for being only for the international categories CIK FIA and the drivers have sufficient space on the track. The priority of all three drivers was a data collection and testing at different set ups.

The most of Saturday program was driven on dry surface. A radical weather change came Saturday evening, when the first rain drops started to fall changing in continuous raining, lasting the whole Sunday. Team therefore had the chance to test their functioning of technology at all weather conditions.

All the drivers of Praga Kart Racing started the same in category KZ2 in which were 72 pilots registered. On Saturday there were qualifications and 4 marked heats. The most successful driver of the factory team was Jonathan Thonon who scored in all rides a third place. Patrik Hájek had a point loss due to an unfinished heat because of a technical problem with his back left wheel.

During Sunday there were two final rides. Patrik Hájek managed to fight in the first final 8 positions ahead, and Jonathan Thonon started from a second row. In hard conditions he fought for a second position, but scored a 3rd place at the end and gained Praga Kart Racing a podium finish. Afternoon of second finals was under several collisions, especially in the first round when the whole starting field went together. Jonathan Thonon stepped down in the middle of the race and didn’t therefore repeat its morning placing. Patrik Hájek finished the afternoon final on a 7th place but after time penalization he felt to a 12th place.

Team manager of Praga Kart Racing states: „We managed to test different Praga chassis set ups in real conditions and see which are beneficial to us. That was the main goal of last weekend. I believe that with the support of IPK factory we will return to Wackersdorf prepared to fight for the highest ranks. “