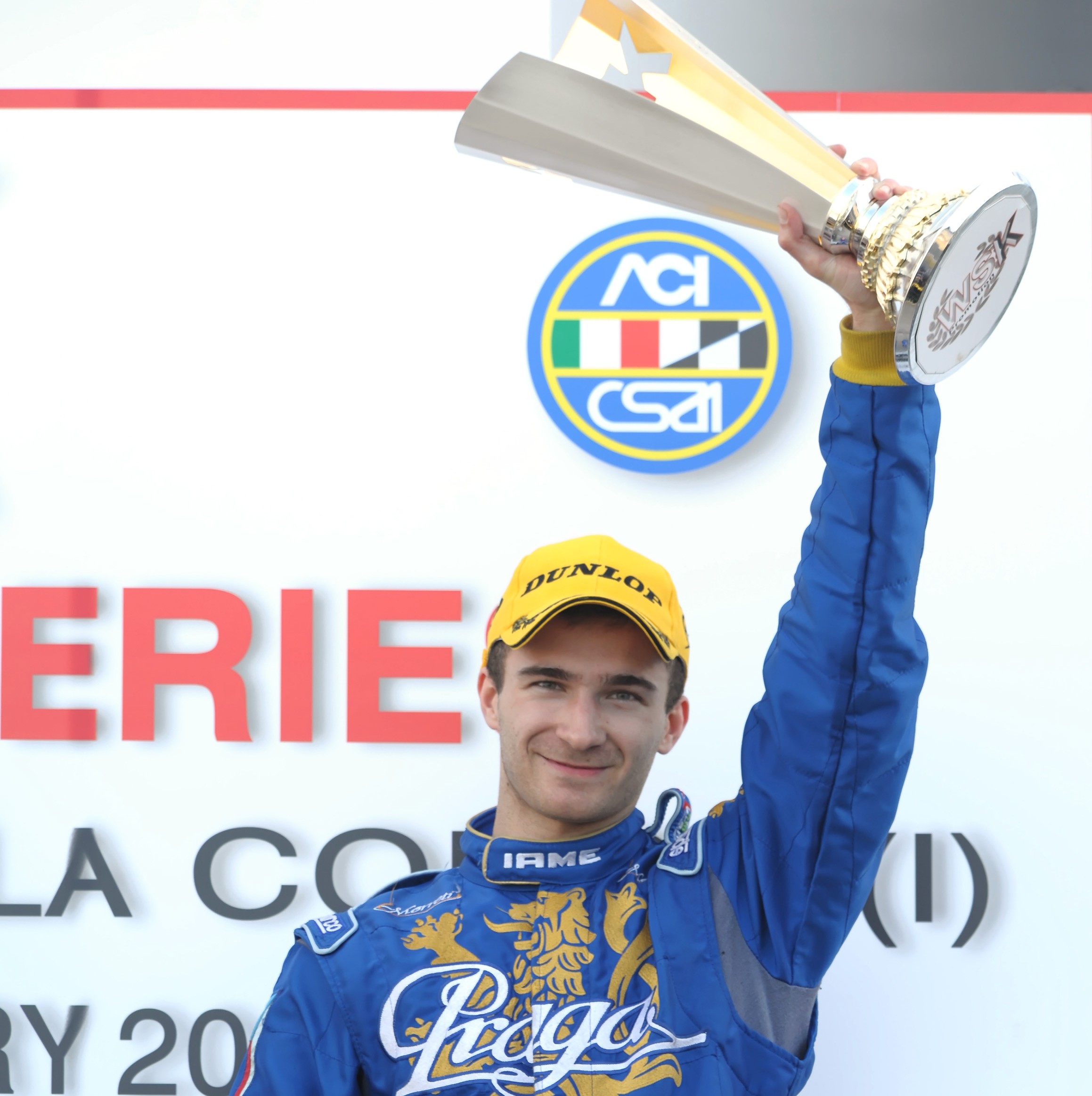 5 February 2013, Muro Leccese, Italy — The 2013 WSK Master Series inaugurated a great new karting season with the opening round at the La Conca Circuit. Praga Kart Racing stepped onto the track with 3 drivers in KZ2 and one driver in each of the KF, KF Junior, and Mini 60 classes.

In the shifter category Patrik Hajek and Bas Lammers were constantly fighting the pack at the front. On Saturday, Hajek was 4th overall after the first heats (P5 and P3) and finished 5th in Final 1. On Sunday he qualified 3rd for Final 2 and went on to defend the position brilliantly in the race, conquering a well-deserved podium (3rd). In the series standings Hajek is 4th. Praga Kart Racing also takes a top 10 placement with Lammers: he started Final 1 in 6th place (in the heats he was P8 with best lap and P6) and closed the race in 4th. On Sunday he qualified 7th for Final 2, but a contact while running 4th put him in the back and he closed in 22nd place. Also in KZ2, Martin Doubek placed 18th and 20th in the finals respectively.

Praga was also on the track with Karol Dabski in the KF class.  He recovered from unlucky qualifyings running good heats (P12, P14, P13), but a contact halted his Pre-final after a few laps.  He closed the final in 24th.

On the field in KF Junior Praga has a new face, Japanese driver Marino Sato. Sato performed well in the heats (P6, P7, P12) but problems in the Pre-final kept him from advancing. However, the young driver showed much promise, as this was only a warm up for the WSK Euro Series and the CIK-FIA Europeans: it is in these two important competitions that he will get his chance to star with Praga in 2013.

In the Mini 60 Petr Ptacek was 29th after the heats, just one spot short from qualifying, but in the recovery race he made up for it with a great 4th place for the finals. Here he was 28th and 29th, but proves that he is growing.

Says Team Manager Petr Ulbert: “This race started the Praga Kart Racing Team’s second season ever. Our preparation for this season was very short, but we managed to ensure everything correctly. In the first race of WSK Master Series, we focused on comparing the potential of the new IAME homologated engines and confirming our work on the PRAGA chassis. It is also the beginning of our cooperation with engine tuner Petr Klobas, who demonstrated his great professionalism and proved, in an incredibly short time, to prepare a capable, competitive engine with the IAME brand.”

The Praga Kart Racing Team will next be seen at the Winter Cup in Lonato, Italy.