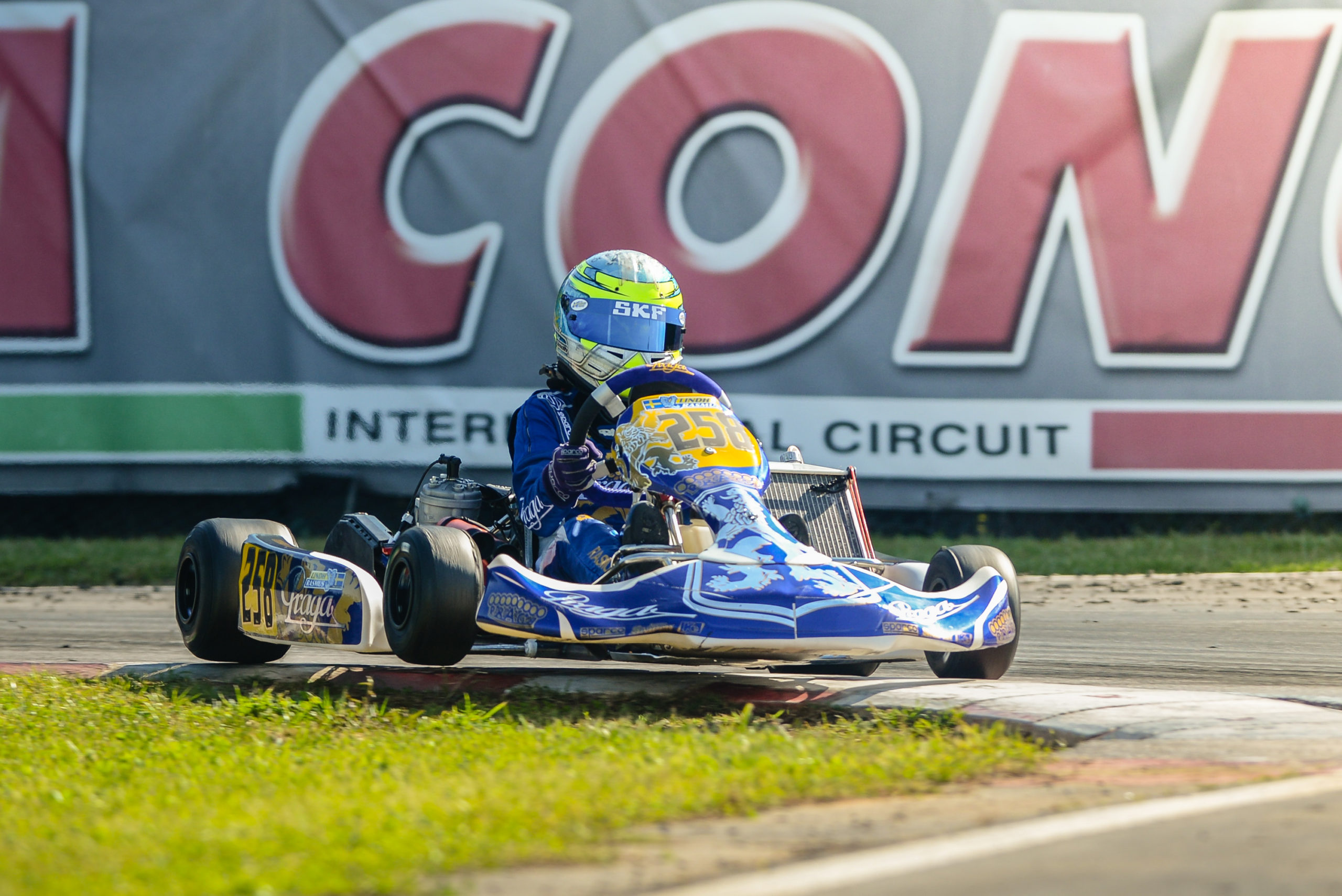 The factory team Praga Kart Racing entered into a next session of this year’s season. After the WSK it continues with CIK FIA European KF (KF Junior) Championship. The first to hold these series was circuit La Conca in Italy. The weather was dry and sunny throughout the way.

The Praga kart Racing Team entered the race with 4 drivers. In the junior category was Rasmus Lindh and after a break caused by school duties we welcomed Lukáš Podobský back to the team. In the stronger category KF there were Karol Dabski and a Japanese pilot Marino Sato.

The fastest driver in the junior category was Rasmus Lindh who managed to finish in the worst case second in all the rounds up until the qualifications. Rasmus had a minor technical problem in the qualifications which caused him to start from back rows in the heats. This always holds a risk of collisions which proved to be the fact right at the beginning. Thanks to all the heats that Rasmus took place in he entered to Sunday’s so called “Second Chance”, however due to a collision he did not make it to the finals.
Lately less seen driver Lukáš Podobský entered into the international race after quite some time and thus made the maximum from free rides to improve his driving skills. During the whole weekend he continuously decreased the gaps between him and the other drivers, however it was not enough and he also didn’t make it to the Sunday finals.

Complete opposite were drivers of KF class that took part in the WSK. Both of them were in the middle of the field during the heats. 67 drivers entered the qualifications and Karol Dabski scored 15th place. With good performance he continued in Saturdays heats with only minimum penalty points (6., X, 8. a 4.). Unfortunately due to a collision he didn’t finish one heat which caused him to drop to a 20th position. Both Dabski and Sato thanks to their performance made it to the Sundays prefinals as well as to the finals in which Dabski took 8th position during the race, but finished on a 13th position. Marino Sato finished on 23rd place. Final weight check showed 100grams missing on Sato’s chassis and the judges decided to disqualify him.

The sport manager of the team Filip Schovánek comments: “The Praga brand prepared a new chassis based on the findings from drivers at the CIK FIA, which was tested by all the pilots in the free rides and subsequently they decided to keep it for the actual race. The IAME engines were also very well prepared during the whole weekend. We are especially happy for the progress of our junior Rasmus Lindh and a 13th position of Karol Dabski which is in this competitive race very promising. After finishing the last race each point counts.”

The next race will be held at the Spanish circuit at Zuera at the end of May.

Photo by: Alexandros Vernardis (The RaceBox)