The Karting and Racing Brand had Stands at the Kart & Race Expo, Autosport International, and IKA Kart2000 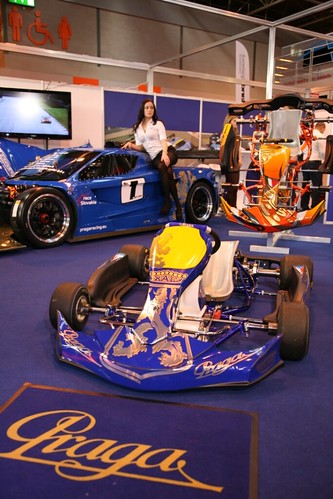 The Praga Karting and Racing Stand at AIS 2012

15 January 2012 —Praga Karting has been hard at work preparing for a successful 2012 season, as indicated by its presence at various motorsport exhibitions across Europe in January. The brand had stands featuring its karts and racing cars at the Kart & Race Expo in Montichiari, Italy, the Autosport International show in Birmingham, England, and the IKA Kart2000 show in Offenbach, Germany.

This was Praga Kart’s second year at the Kart & Race Expo, after it premiered last year as the new Intrepid brand. This year, however, Praga . The karting brand introduced its new factory team, Praga Kart Racing Team, featuring outstanding drivers from around Europe, including world champion Bas Lammers. Managing the team is another renowned racing legend, Alessandro Manetti. The karting team is excited to begin the season, with testing and the Winter Cup coming up in the next few weeks.

The Autosport International show presented the debut of the new Praga Racing company, formerly Race 4 Slovakia, along with a new young driver’s program called New Praga Generation. After the show, a partnership was formed with Rollcentre UK, headed by Martin Short, creating the new Praga Racing UK. Short is currently running tests on the Praga R4S, and hopes to have it compete in the Britcar GT Series this year.

In Offenbach, Praga’s German team, the M-tec Praga Racing team, was on hand to greet visitors to the stand. The team, managed by Manfred Haufe, was one of the earliest to join the Praga brand, and has seen much success in the ROTAX series this past year with its partnership with the karting brand.

Praga Karts will be seen next at the 17th Winter Cup in Lonato, Italy, where they will have five drivers competing at the karting event.