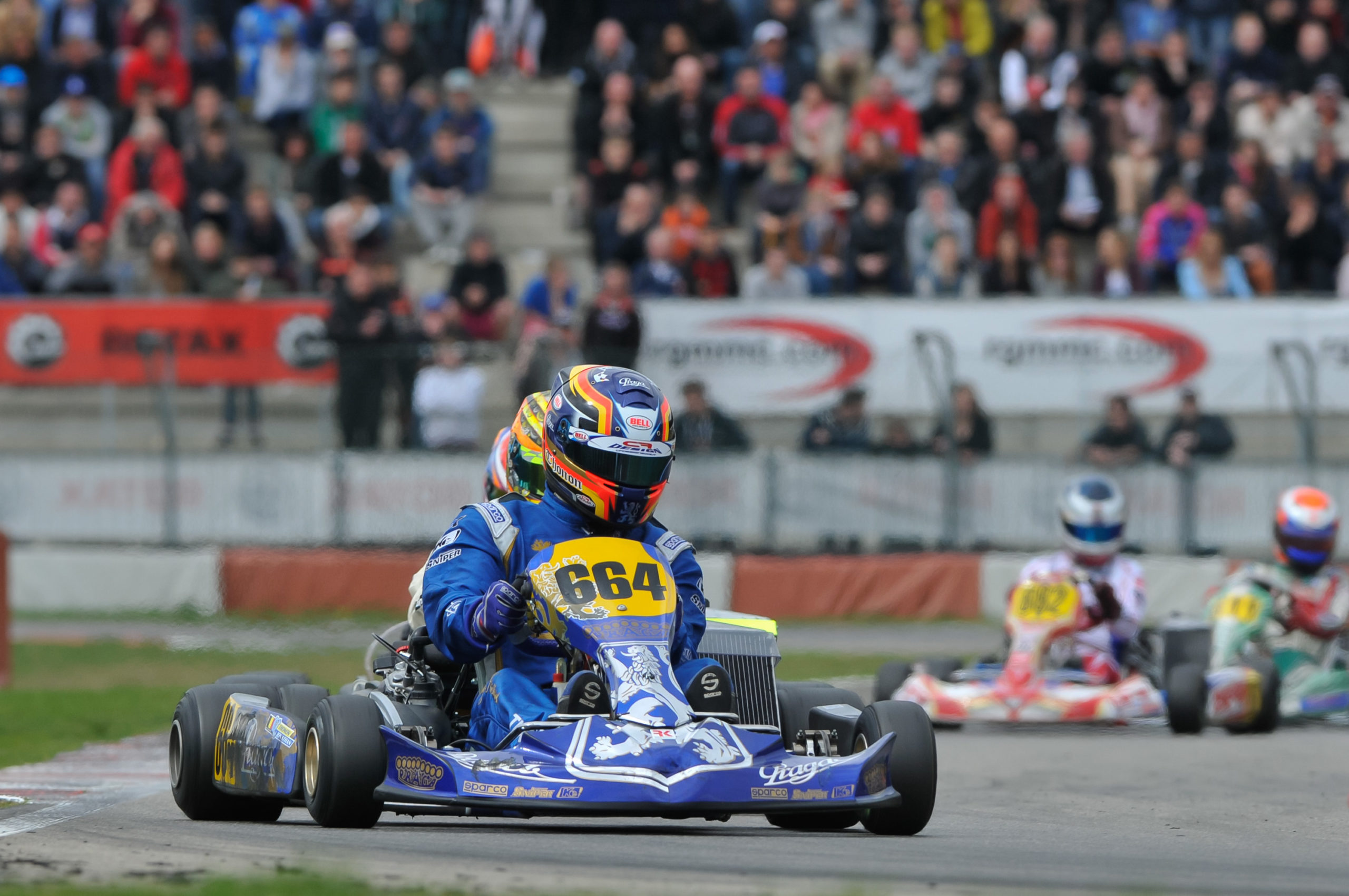 • 2nd place for Jonathan Thonon
• The winner was decided by only 0,018 seconds
• Praga chassis work even in Rotax races

The factory driver took the advantage provided in terms of a base by the Rotax Praga Kart Racing with Max Fleischmann in charge and also cooperated with another team Praga Kart Racing-Rotax.

At the beginning of the week Jonathan focused on preparation and testing of a Praga KZ chassis in Castelletto in Italy. He began to get familiar with the technology for Rotax DD2 class on Wednesday right at the circuit in Genk. He therefore had only 2 days of experiences with the chassis when entering the free practices and qualification on Friday.
In the important qualification there were difficulties with the engine resulting in Jonathan taking the overall 25th place causing him to start from the 7th row in the Saturday’s heats. He however managed to overtake many drivers and in the second heats gained the best time. This meant Jonathan taking the 8th place and in the pre finals he scored a 5th place again having the fastest time. The finals had 16 rounds and the viewers had a chance to see many amazing racing fights. The finish line brought the Praga Kart Racing driver a second place, losing only 0,018 seconds for the victory.

The sport manager of Praga Kart Racing team Filip Schovánek comments: “Jonathan deserves a huge credit for his performance during the whole weekend and he showed everyone that he is a real professional. With a minimum of experiences within the class he had great times right from the beginning. His racing maneuvers were attracting all the viewers and he was definitely one of the main characters of a very close finale.”

Second in the finale Jonathan Thonon states: “This category demands a different strategy than in KZ, especially when it comes to the engines. Praga gave me a great chassis and I was able to focus on my performance, score several fastest times and make my way to the top. I have a very good feeling from the whole weekend, which is increased by the fact that many viewers came to see me. They all said that it was visible from the stands how well Praga chassis was working. Contributing personally on the development on the chassis this makes me happy and I am proud at the Praga brand.”

At this moment the whole Praga Kart Racing team focuses on WSK Super Master Series, that are taking place this weekend in Castelletto.