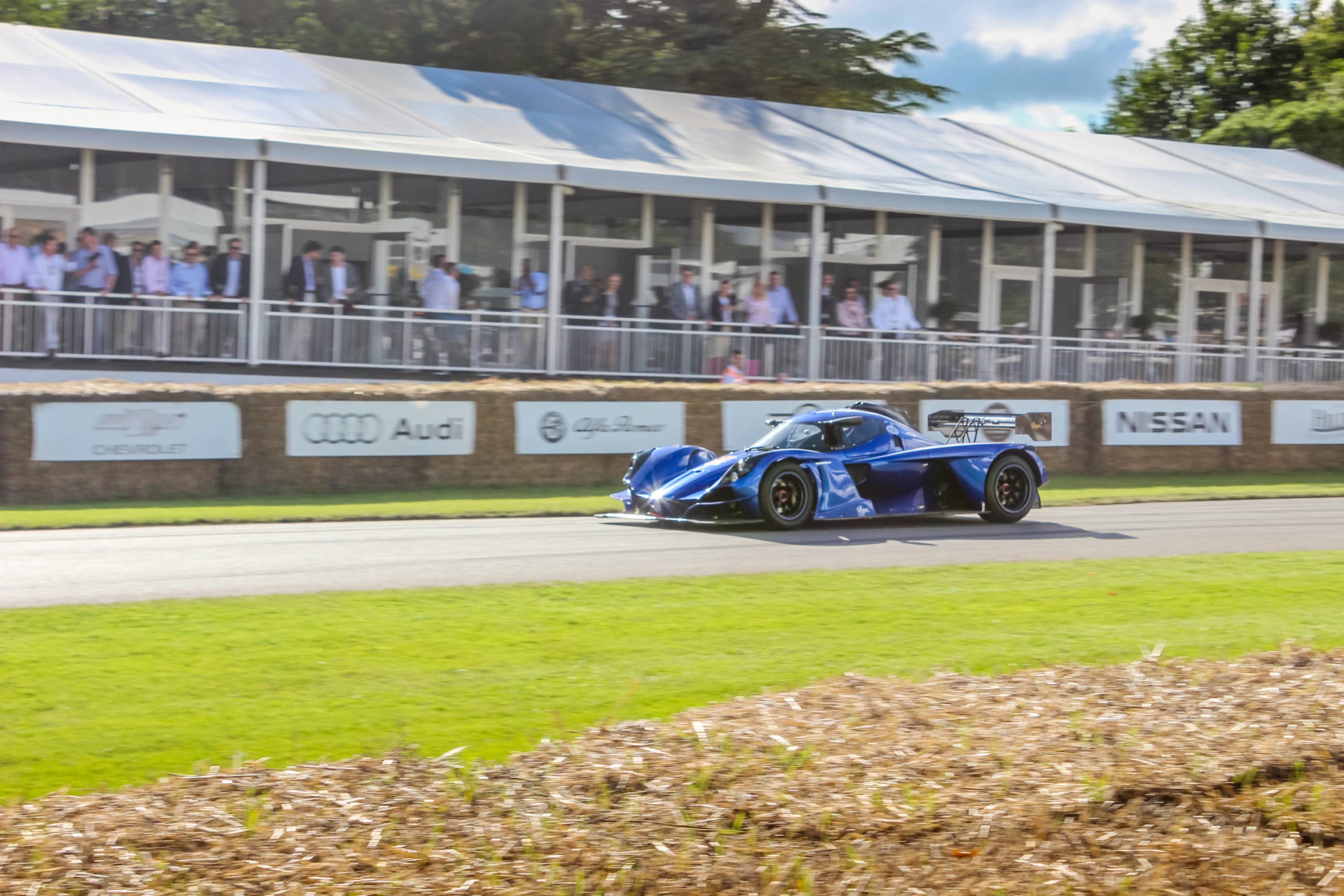 The most interesting cars of the world gather every year at The Goodwood Estate. And in 2016, Praga R1R joined them at the famous Festival of Speed. With our factory driver TomášVojtěch, it posted an amazing performance in the Supercar Shootout, and became one of the fans’ favourites.

The beautiful scenery of Goodwood House premises with its racing genius loci ensures that there is no other event in the world which would attract so many wheel speed legends both mechanical and professional. Drivers like Lewis Hamilton, Jari-Matti Latvala, Jenson Button, Ken Block, Jackie Stewart, engineering legend Ross Brawn or motorcycle company owner and actor Keanu Reeves all helped to create a very special atmosphere of the FoS 2016.

It was the first appearance of Praga cars at the festival to which it was invited with the lightweight super sport car Praga R1R. “Race cars for the road” was the official invitational title for the category which was newly created for the fast growing family of cars which are more at home at the race track than on public roads. The running presentation of the group which was merged with the super sports cars stably held firm attention of the crowds.

The very short hill climb course was for most part used to entertain the spectators and only one run throughout the weekend was officially timed and ranked. The presentations were full of burnouts, power slides, engine noise and flames and even in the company of all the most exotic contemporary supercars the Praga R1R had barely any competition when it came to entertaining the crowds.

The official Praga test driver Tomas Vojtech who drove the car during the weekend did not tired of showing how easy is to light the rear tyres should you need too and accompanied by a large acoustics bangs the R1R kept on spitting flames. „It is a great honour for me to represent Praga at the Goodwood festival and I am glad that we could show the potential of R1R in front of  so many fantastic people. The track is a little short but very fast and attractive for spectators. I believe that even against such a fierce competition we could be amongst the fastest here in the timed lap.“ Tomas Vojtech commented after his presentational rides.

Although the timed lap has a little true comparison value it always sparks an ambitions to compare all the most ultimate cars out there at one time and one place and hence it is well watched. The particular run ended up to be the wettest and muddiest run of them all. Ken Block together with a heavy rain just before the shootout prepared a very muddy track full of deep water puddles which suited the heavier cars ideally with four wheel drive and standard street tyres.

With all of the electronic driver aids off Tomas was struggling with the lack of adhesion but still managed to have the fastest speed at the end of the first sector as he danced towards the 5th position overall. „The barely legal street semi slicks tyres we used were not an ideal choice given the conditions and as I did not want to meet the rye I took a very reserved approach. Ending up 5th was a pleasant surprise and it just shows how potent the car could be even in conditions which are far from ideal“ commented Tomas.

The Goodwood Festival of  Speed is truly the car festival to visit as you can see the most interesting cars there ever were and the 2016 edition added the Praga R1R to this elite.

The Praga R1R was invited to take part in the Supercar shootout at the 2016 Goodwood Festival of Speed in the category of Race Cars for the Road. The Praga R1R crossed the line of a terribly wet and muddy hillclimb with a respectable time of 62.85 seconds, 6th overall. A combination of heavy rain and Ken Blocks antics made the surface incredibly difficult for a car as light as the R1R. Tomas Vojtech managed to take the only existing prototype of the R1R through the first sector at an astonishing speed of 152.5 Km/h (94.8 mph) the fastest of all in the Supercar Shootout. The flame spitting Praga R1R was easily one of the loudest and most entertaining cars of the day that fans will surely be looking forward to seeing again next year!