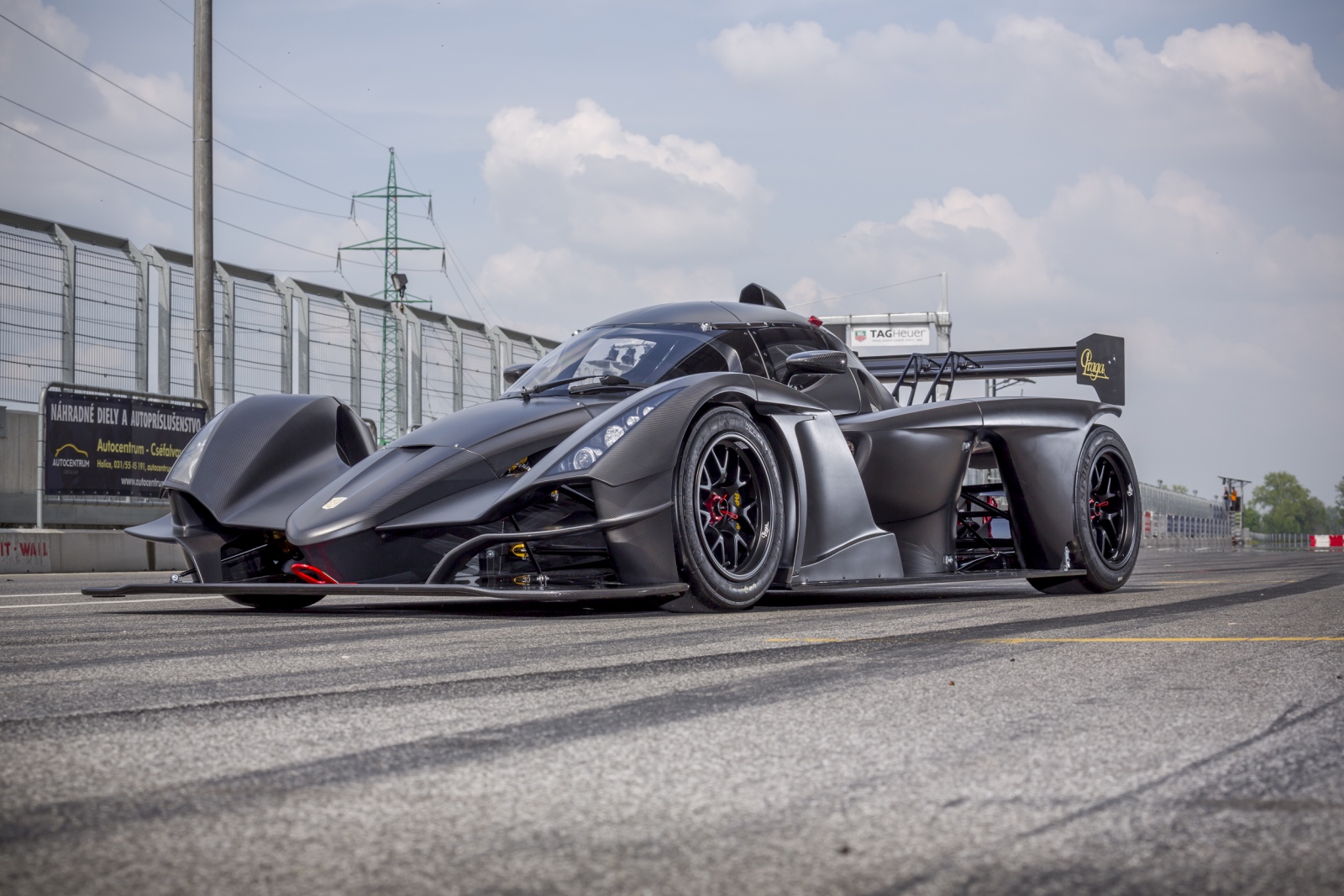 Ever since the beginning of this project, designers and constructors had one specific goal. Making Praga R1 as efficient as possible. That essentially meant making the car as light as possible. As it shows, carbon fibre reinforced composites is the way to go. This combination offers not only exceptional rigidity but also lightness at the same time. Every Praga R1 body and monocoque, weather it is the naturally aspirated engine version R1 or more powerful turbocharged version R1T is being built almost entirely from carbon-fiber. But this one on pictures is very special.

So far each Praga R1 had its body painted to a specific colour. Most of them were white, some went for dark-blue. Together with golden yellow this are official colours of Praga Cars company. Since each Praga R1 is a custom hand made car, customers have quite a few options to choose from. And several others individualisation possibilities according to their wishes. This means, you wont find two R1’s alike out there. A specific customer from Slovakia decided to get his dream car in full-carbon look. As easy as it may look at a glance, simply not paint the body panels with ordinary colour, things were much more complicated this time. All the members of the hand making crew had to pay a very special attention to the details, as this body finish shows every single detail of the “naked” body and especially carbon-fibre structure. A very special task was to put all the body panels together so they are in line with each other. A that really was not an easy task. 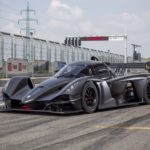 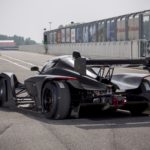 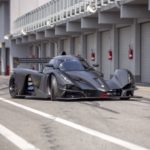 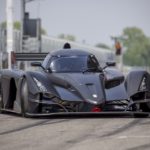 A one off version of Praga R1 is a turbocharged model with some 350 bhp yet weights in at less than 600 kg. This black projectile has an exceptional power to weight ratio of only 2,32 kg per kilowatt! Or in other words 585 bhp per tone. Just for comparison, Praga R1’s best time on SlovakiaRing is 2:06,69. Turbocharged version manages one lap on the same 5,92 km long circuit in 1:58.41. Being almost 9 seconds faster than already quick R1 which in terms of track performance is fully comparable to 3-4 times more expensive FIA GT3 cars is mind boggling.

Full-Carbon version was delivered to a lucky customer with a very refined sense for aesthetics and mechanical beauty last month. Just before official delivery, we took the liberty of the special occasion and put two beauties together for some nice pictures and short video-clip. We proudly present you Michaela Nguyenová Slovakian vice-miss 2014. Enjoy two special beauties together.