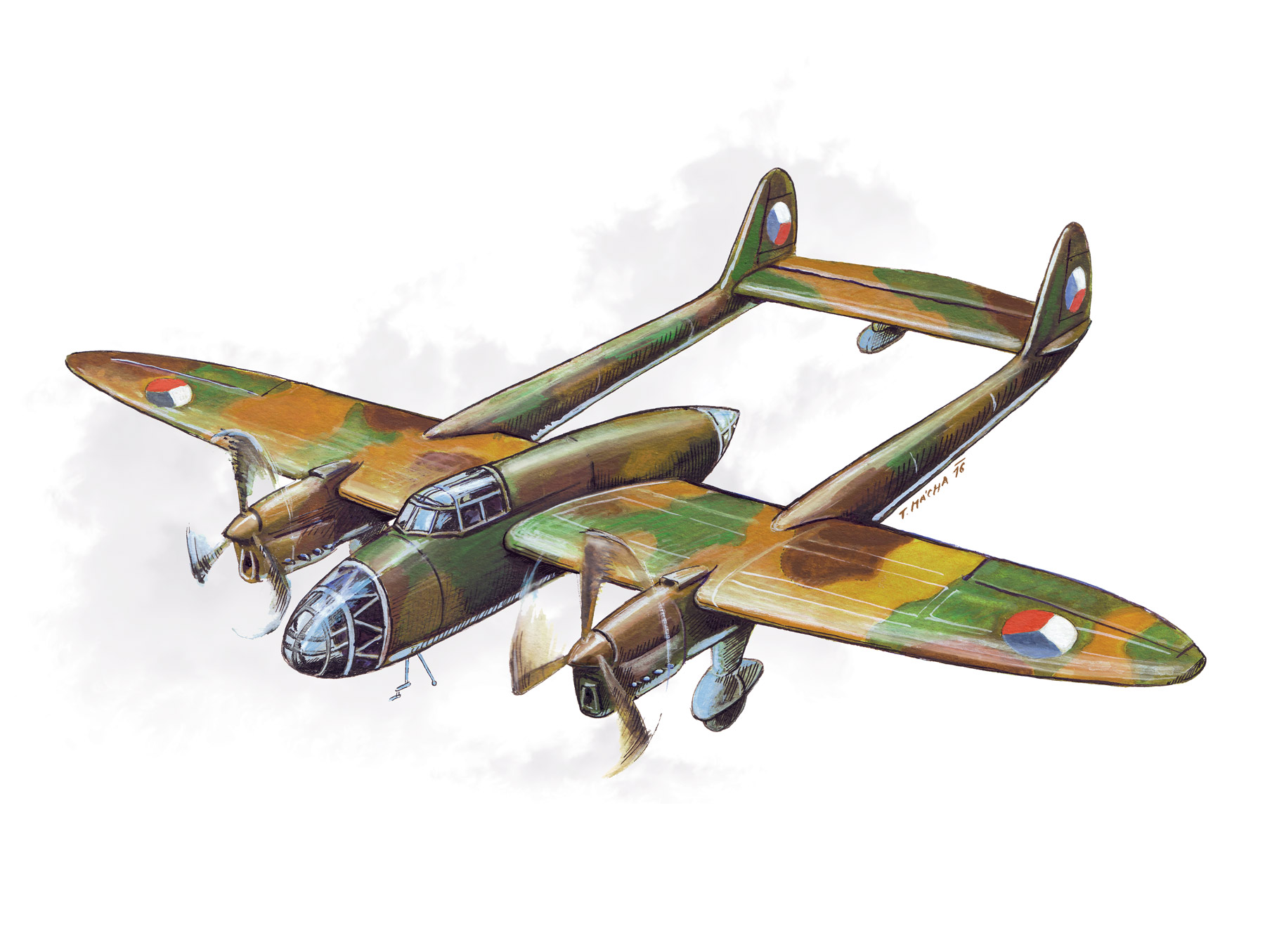 This issue’s history section continues with Praga’s situation during the Second World War. The last article was focused on Praga’s production of light tank vehicles and their usage during the war. This time we are going to look on Praga’s aircraft prototypes in the context of this era. For Praga, 1930s are marked with extensive aircraft production; needless to say that Praga was one of the pioneers in Czechoslovakia in this field with Praga Air Baby (or E-114) being the most famous plane of the company. However, Praga’s planes were mostly designed for civilian purposes – but this was about to change soon.

The first greatest rise in aviation was brought by the First World War: countries at war needed to develop more efficient planes to gain advantage on the battlefield. The planes were especially useful for reconnaissance missions in enemy territory but airplanes were still in their infancy during the WWI. 1930s and the thread of war brought another remarkable advance in aviation and two main categories of war planes have emerged: bombers, slow robust planes designated to attack from above and fighters, small and agile planes designated mainly for protecting bombers or destroying enemy aircrafts. In 1936, there was a public procurement for military reconnaissance plane by the army of Czechoslovakia and Praga participated in this procurement, having decided to merge the reconnaissance and bomber type together. However, before the plane was ready to enter a serial production, Nazi forces had occupied Czech lands. Nevertheless, E-51 was a remarkable attempt by the company to develop an airplane of this kind.

To answer this call by the Czechoslovak air force, Praga’s foremost engineer Jaroslav Šlachta decided to develop a light bomber and reconnaissance aircraft. The construction was completed in 1938. Unfortunately, the first flights of E-51 showed several defective elements which needed to be improved. This included overheating of the engine, insufficient aerodynamics and several other technical faults. Also, the wing design had to be improved and the turret at the bottom of the fuselage was changed for an in-built dirigible machine-gun. These changes, if completed, would probably lead to a serial production. However, the occupation forces entered the factory in 1939 and seized the prototype of E-51. The aircraft was subsequently sent to German engineers in Rechlin for study purposes. After this point, the fate of the aircraft is unknown.

The plane was a two-engine light construction. There were three crew members: one pilot plus two people to operate weapon systems. The plane was equipped by two machine-guns, one permanently fixed in the frontal part of the aircraft and one dirigible in the back. Length of the aircraft was almost 12 meters and it had a wingspan of 15.6 meters. Weight of the unloaded plane was 3102 kg and the plane was able to carry bombs up to 500 kg. Two engines Walter Sagitta had total power of 404 kW and provided maximum speed of 380 kph (235 mph). E-51 was also able to ascend up to 7 km. The main advantage of this airplane was its variability: the aircraft was designated for scouting purposes as well as for bombing runs. However, most European air forces have chosen the combination of heavy bombers and fighters protecting them. E-51 was not able to carry a larger amount of bombs and its reconnaissance benefits would probably prevail, had the plane been used in combat.

The case of E-51 serves as a great example of Praga’s situation during the WWII. Company’s production was left at the mercy of Nazi forces and their leaders decided about production or termination of Praga’s vehicles and aircrafts. But this is a topic for our next issue.