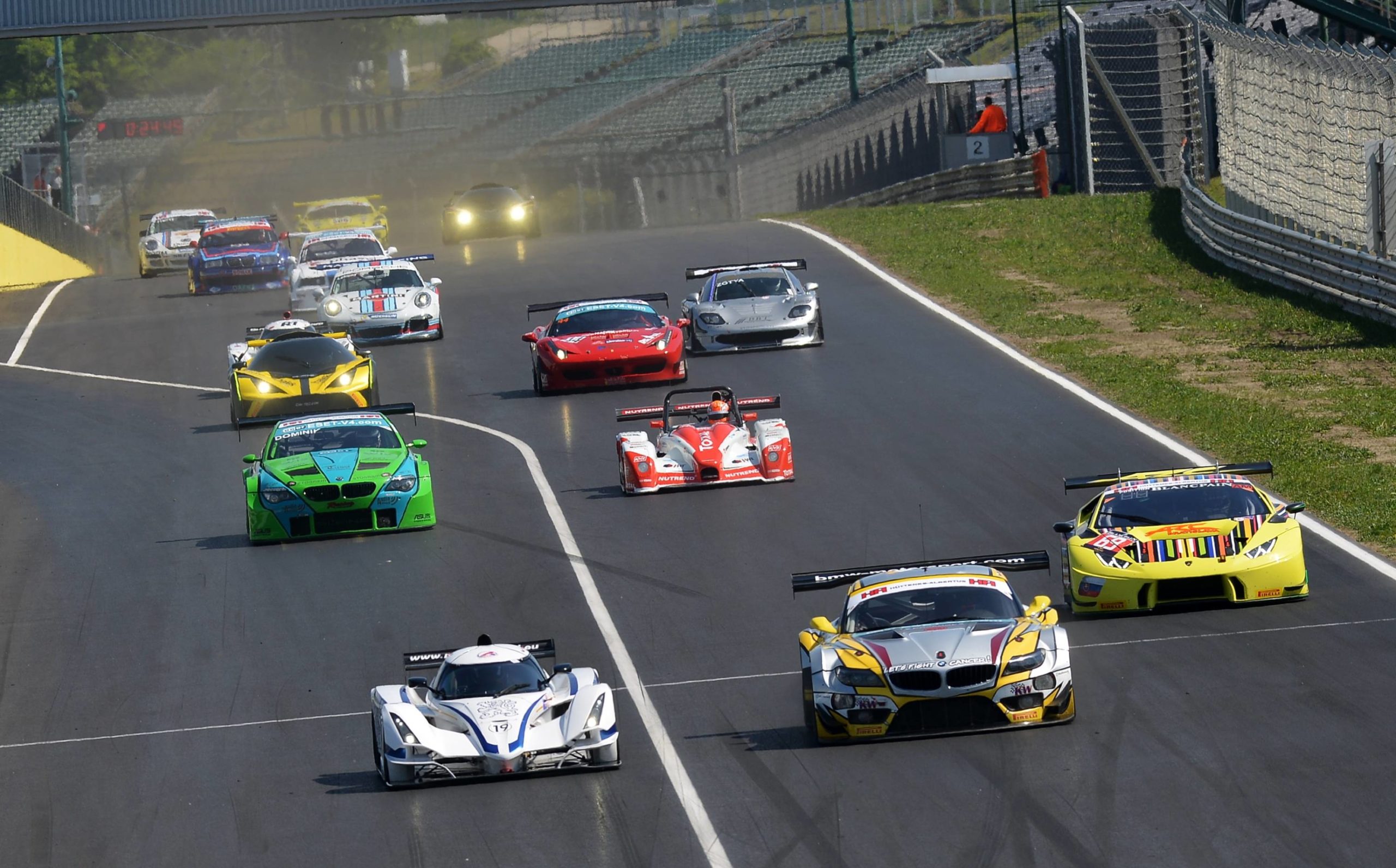 Beginning of the season at Hungaroring

In Hungary’s Hungaroring, Praga deployed turbo version with Aleš Jirásek behind the wheel. The atmospheric version was driven by Tomáš Vojtěch from team Autotechnologi and the starting list grew pleasantly due to the two Praga cars. From early training sessions, Jirásek was among the fastest in all categories. Qualifiers for both sprints and endurance were excellent – one second place and two fastest times in a crowded starting grid, which was filled with contemporary GT3 category cars and one Renault RS 01 special.

The first sprint did not change into an absolute victory in the end. After duels with Miro Konopka, Aleš acquired 4. place overall and 1. in the D5 category. „We both raced in our own category, it would make no sense to risk collision just for the feeling of absolute ranking. I could draw blueprints of the rear bumper of his Lambo, off-hand,“ Jirásek joked at the finish line.

The second sprint went significantly better. Several collisions before the start of the race eliminated quite a few of the most dangerous rivals and subsequent penalization of Jakub Knoll meant a rather easy way to a decisive victory. „Everything was excellent. We dealt with the start, where we usually lose some distance because of the lower output, and the car ran like a dream,“ summarised Aleš.

The hour-long endurance race ended in the fifth lap for Praga. The cause was damaged exhaust manifold gasket and the resulting loss of output. „We are a factory team, so we work on the development of the car and we push it to its limit – we are trying to find out how far the technology will let us go. From time to time, that means that we go past the limits of reliability. We take it as a part of the development that allows us to improve our ordinary cars,“ commented Jiří Lojan, executive director of the PRAGA Cars company, on the retirement.