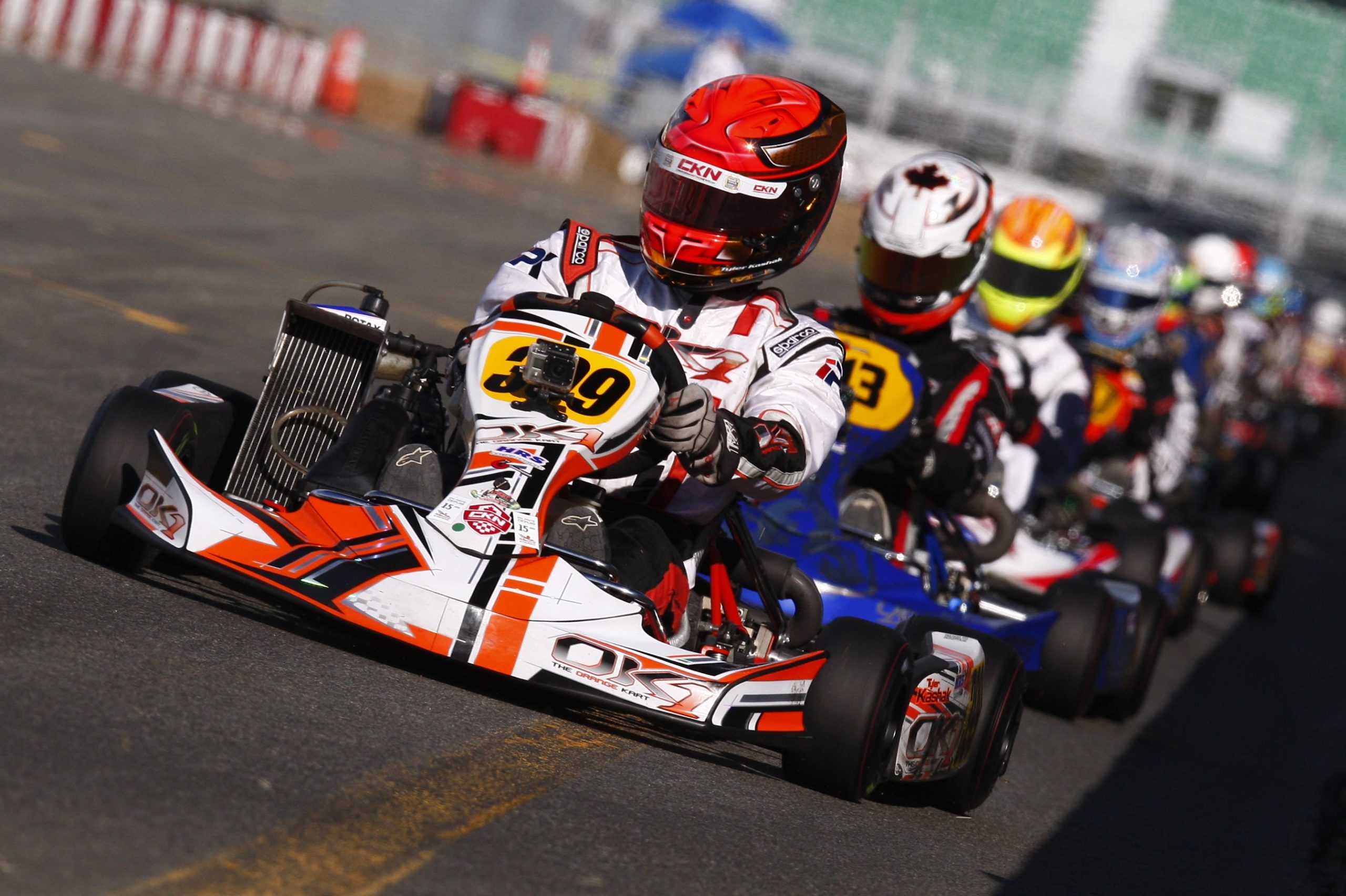 11 August 2013, Trois-Rivieres, Quebec — IPK North America returned to action a week ago as the third Eastern Canadian Karting Championship event merged with the famed Monaco de Trois-Rivieres street race in kicking of GP3R race week. A Goodwood Kartways, Praga Racing Ontario and IPK Quebec merged squad of eighteen was on hand, representing in every Rotax Max Challenge class along with Briggs & Stratton Junior and Senior. Four different drivers found the podium steps and ten had top-five finishes in what many feel is the best event on the schedule.

Tyler Kashak led the IPK Rotax Max contingent after posting P2 in Saturday’s Coupe du Quebec race and finishing P4 in Sunday’s ECKC event. The results were a return to form for the rookie senior, as after opening the season with a pair of top fives at Mosport, nearly everything that could go wrong, did, at Goodwood during event two.

Briggs & Stratton Junior driver Tyler McCullough was also looking for that payback on track, and similar to Kashak, was looking for a rebound event after a trying weekend at Goodwood during races three and four. The Briggs Juniors had a just a single event on Sunday, and the day had a pair of Praga drivers on top starting with McCullough edging Christopher Proietto by just 0.029 seconds in qualifying!

“It has been that way all year in the Briggs class,” McCullough said of how tight the times were. “I remember the pole lap because after we had all decided to leave a large gap between us so there wouldn’t be any drafting, I could tell I was catching the kart in front of me.”

Proietto then took the Prefinal win to secure pole for the Final, a race where the pair again crossed one-two before Proietto was excluded after his silencer came off its header. It was a race where all came good for McCullough though, and produced his first win of the season.

With one race left to run in the Eastern Canadian Karting Championship a number of IPK drivers have put together solid campaigns, some with a chance yet to clinch class championships. In DD2 Masters Francis Mondou once again finished second, the position he holds in the championship as well and that spot could well lead to a Grand Finals appearance at season’s end. Marco Di Leo is second in DD2, and he has already qualified for the Rotax Grand Finals. McCullough is now second in Briggs Junior points, and Zachary Claman DeMelo is second in Rotax Senior points with an eye on returning to the Grand Finals. Nicholas Hornbostel is third in Briggs Junior, Xavier Harris is fourth in Micro-Max, and Lauren Fortune is fifth in Briggs Senior. All team results from Trois-Rivieres are listed below.