Charlie Martin has been announced as the latest racing driver to join Praga as the marque expands its motorsport programme for 2021 and beyond.

The announcement was made in the week that will see Charlie make history at the Nürburgring 24 Hours in a BMW – the first transgender competitor in the history of the race, and an important touch point as she sets her sights on Le Mans.

A racing driver for over 15 years, Charlie’s career has included hillclimb in Britain and Europe, the Ginetta GT5 Challenge and the Michelin Le Mans Cup. She currently competes in the newly-named Nurburgring Endurance Series which will see her race at the famous Nurburgring 24 Hours, one of the world’s toughest races. Each lap of the Nürburgring Nordschleife includes over 170 corners and over 300 metres of elevation change, it is a uniquely challenging track, nicknamed ‘The Green Hell’ by Formula 1 World Champion Jackie Stewart.

For 2021, the Leicestershire-born professional driver joins a lineup of Praga drivers from a variety of backgrounds, competing in a much-expanded Praga campaign with VR Motorsport. She will race the new, fifth generation, all-carbon Praga R1 racing car, full details of which will be revealed later this year. She will take part in a private test of the current Praga R1 at the Anglesey Circuit next month.

Details of the fifth generation Praga R1 will be revealed at Silverstone’s MotorsportDays Live in November. The new version of the car that has won four of the five Britcar Endurance races so far this season will feature a larger fuel cell, revised aero package, improved safety features and enhanced driver adjustment to make it even better suited to endurance racing and even more attractive to racing drivers and team owners.

Mark Harrison, Managing Director at Praga Cars UK said: “Charlie is a superb addition to the Praga Cars motorsport programme. Her experience in multiple cars and categories will be a terrific asset to the team in terms of feedback and outright performance, but especially her drive to help us look to the future and our ambition for an international single-make series. The R1 is perfect for what Charlie wants to achieve and we are looking forward to going racing with her throughout next year.”

Charlie Martin said: “I am very excited to be invited to join the Praga family. I first tested both versions of the R1 at MotorsportDays Live in 2019 and was really impressed by how the car offers the best of GT and prototype driving in one package – and there’s no ignoring how fantastic it looks on track! I have been really impressed by Praga’s long-term vision for the brand and I’m excited to make a real contribution. We know that the car is a race-winning package and the first task is to deliver strong race results and set our sights on winning the championship. I can’t wait to get behind the wheel of the R1 again next month.” 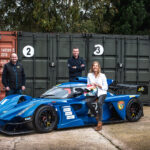 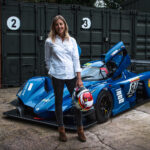 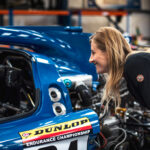 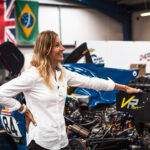 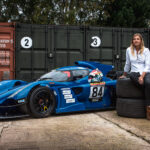 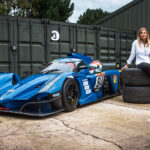 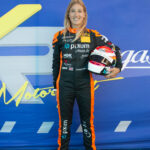 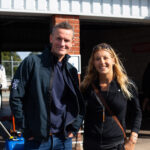 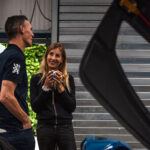