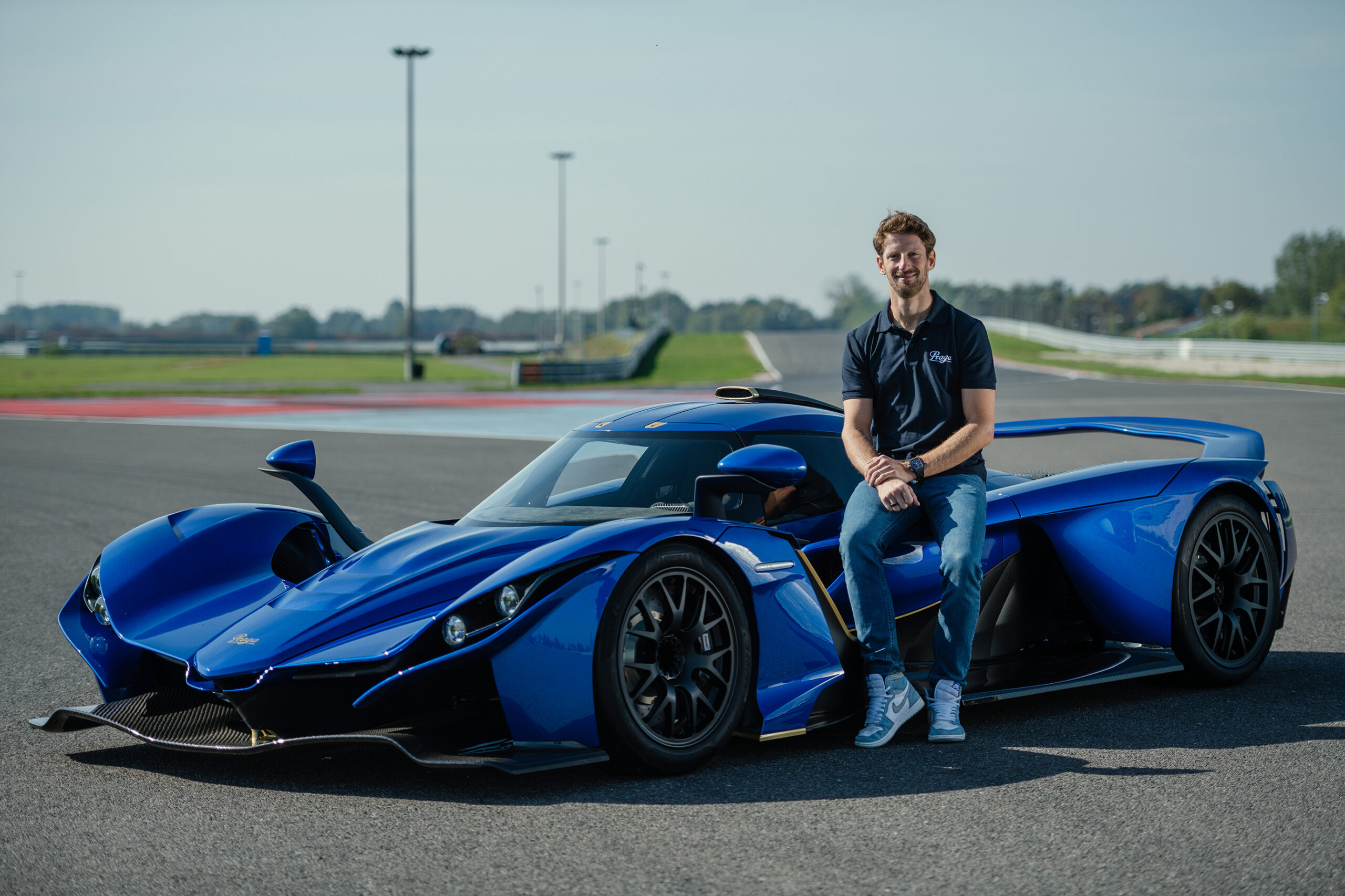 Romain Grosjean on the Praga Bohema

The most famous of the team of professional drivers involved in the project to develop the Bohema is the former Formula 1 and current IndyCar driver Romain Grosjean. This is what he thought after his test sessions at the Slovakia Ring circuit:

I saw the first completed prototype almost three years ago, in February 2020. The evolution of the car has been huge. When you see it, you know that it was designed for the track and you’re kind of intrigued about how it is road legal – and actually you go on the road and it works well, visibility being a very strong point which, again, is a bit of a surprise.

It’s not a car to drive through the US, West Coast to East Coast say, if you are looking for a nice, comfortable and smooth road trip. But it’s a car that you can really enjoy on road, go through the ’box and drive straight to the race track – and then on the race track you totally forget that it’s a road car.

When I was driving it on track I was immediately focused on its performance; if I hadn’t looked down to see that I was wearing jeans, I wouldn’t have remembered I was in a road car because it really behaves like a race car – more like a single-seater in fact because there’s the aero and the downforce. I was driving it thinking ‘this could be a prototype, I could actually be testing to go to Le Mans’. And then you come into the pitlane and drive it away on the road. It’s amazing!

Recently I tried it with and without the double rear wing as part of testing at the Slovakia Ring. It makes a really big difference! Into turn two I gained seven or eight km/h [with the extra wing]. I think it gives a cool look too. It works well and it’s the team’s first go at it. I am interested to see if Praga integrates the results into a re-designed rear wing or maybe offers it as un upgraded track option.

It’s really balanced on entry of the corner, then nicely understeery mid-corner. There isn’t 1000bhp but on exit it’s good because of the power-to-weight ratio. It’s got good traction but you need to manage your throttle otherwise the traction control comes in, though it’s very subtle. It [the traction control] is quite late, I like it. It’s not like it stops you. We’re discussing different traction control maps and how many maps they want to use. I just need two… Race and Race!

Braking has been really good. There was a bit of vibration but this is a car that has been pushed to the limit. I was out for six, seven, eight laps at a time, really pushing it. And it’s a long track – the second longest in Europe I believe after Spa, so I was amazed at the brakes; the pedal doesn’t go, and that’s the first thing that goes in many cars when you’re on a race track. But not in this car! If I’m really picky here, the ABS could be slightly fine-tuned, though it was the first time it had been run with the ABS on track.

The gearbox on the road could be smoother too. On track, it’s really good but it will have a map for the road. It’s just a question of the ramp and the cuts to the ignition before it re-engages the clutch. These are the fine details that Praga’s going to get onto.

There are a lot of cool details inside too. For me, I’m a small frame, so there’s actually a little too much space [in the seat] but the cushion could be fine-tuned to the size of the driver. The buttons are very nice. The indicators are really easy to access. You put the steering wheel on and the dash comes on straight away – you don’t have to wait 20 seconds. A steering wheel is one of the hardest parts to design in a race car. Everyone has different hands – and mine are burned! – but the ergonomics of this are really good.

I wanted to try the passenger seat to see if it’s comfy – and yes, it’s comfortable. The inside has been done very well. It looks like it’s super tiny, but I never hit my elbow on my passenger when he was driving the car. And when you speak with the person next to you, you don’t feel like you are that close. It’s a small cockpit to get the aero but it works well. All you need is there, even the way the windscreen wipers work.

The car looks like nothing else that is out there. It’s got the Praga front end but for me the rear end is the most beautiful – it’s got a nice ass! And it’s just a really cool car to drive.

After two years away from the project in the US, I didn’t really know what to expect when I came yesterday but I went from good surprise to good surprise.