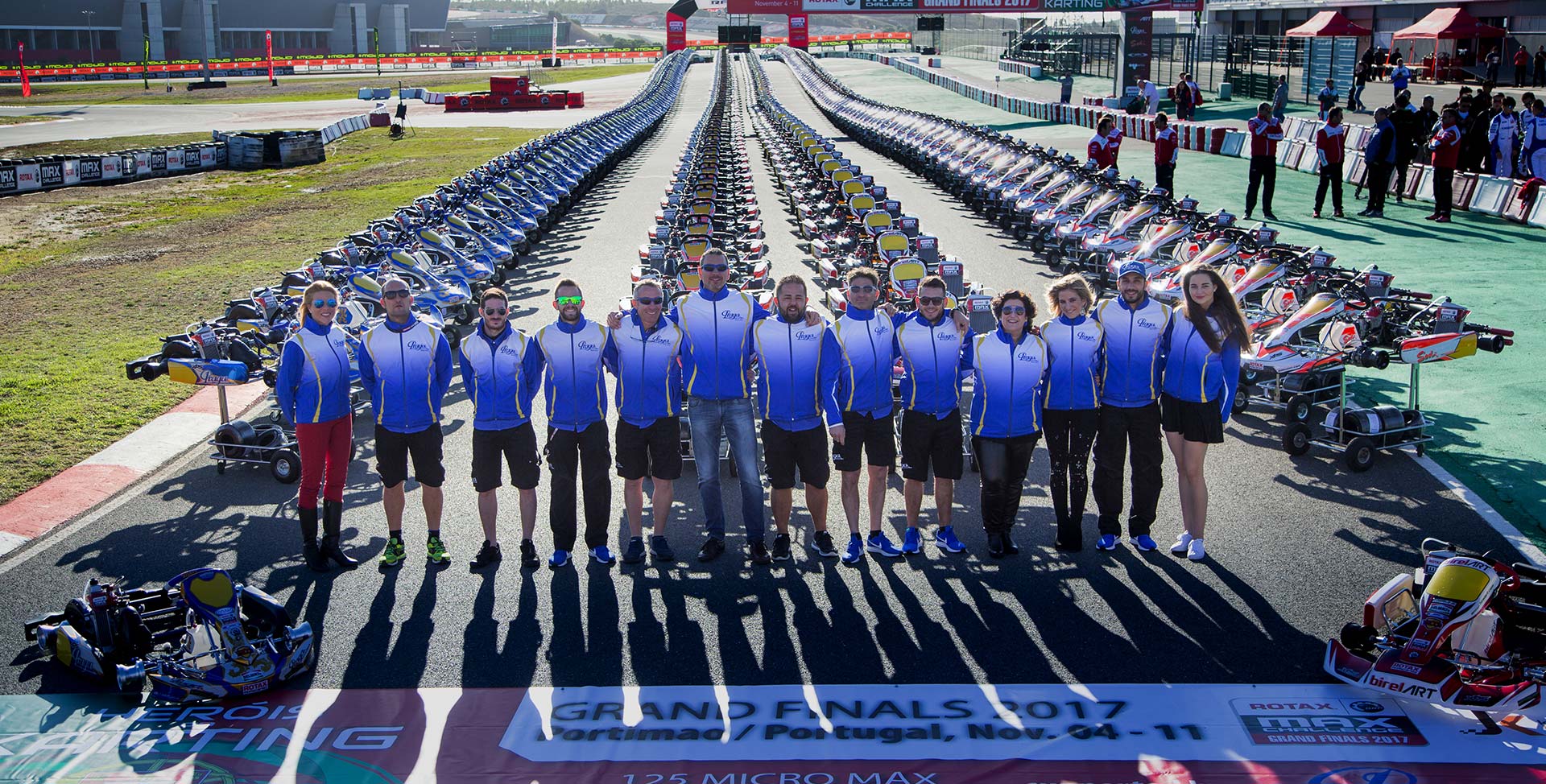 Rotax Grand Finals: Praga Kart will be there!

ROTAX GRAND FINALS: PRAGA KART WILL BE THERE!

ROTAX GRAND FINALS: PRAGA KART WILL BE THERE!

IPK has been among the official partners of the Rotax Grand Finals for well over 8 years, one of the most important and spectacular events of the international karting scene. In 2017, in Portimao (Portugal), IPK was present with a considerable amount of 108 Praga chassis which were the protagonists for the 125 Micro Max and 125 Junior Max classes. Now, it is already looking forward to the 2018 finals with the support to the same categories, but in a new and fascinating location: the Circuito Internacional Paladino, in Brazil.

Rotax Grand Finals are one of the most important dates in international karting. Certainly, the main one for the non-professional racers and absolutely among the most spectacular experiences in which any enthusiast can participate in. IPK knows this very well, as for 8 years it has been actively collaborating with Rotax by supplying its chassis to one (or more) of the categories engaged on the track. For those who are not aware of it, Rotax Grand Finals are the appointment to which drivers, who qualified themselves at championships as they race around the world, participate in. But, if for the local leagues the choice of chassis is free, and racers can choose which one to associate with their Rotax engine, in the Finals, the chassis are the same for everyone and are provided by the manufacturers which officially collaborate from year to year. Not a simple commitment, which requires a great availability of resources and personnel, given the large number of racers present on the track and the locations of the races. Each season they are organized in a different kart circuit, in a different country.

Rotax Grand Finals 2017 were held in Portimao, on Portuguese ground, from the 4th to the 11th of November and, as always, they generated an incredible show. On the 2017 occasion, Praga Kart supported two categories: the 125 Micro Max and the 125 Junior Max.
The Micro’s 36 very young racers were 36, while those on the Junior entry list counted double,in the amount of 72. In all, therefore, the competitors who employed a Praga chassis were 108, while the total amount of vehicles brought to Portugal by the IPK brand, considering the replacements, were 114, a considerable investment.
To transport them, 3 containers and 1 truck were used, a real “migration” towards the south-western off shoot of the Iberian Peninsula.

Yet, being partners of the Rotax Grand Finals does not only mean bringing to the track the vehicles to race with, but also providing the assistance and actively collaborating so that every aspect of the event takes place in the best possible way, ensuring for everyone’s safety and, above all, ultimate entertainment for the fans. A mission to which Praga has participated with great enthusiasm, bringing to Portimao a team of 14 people who made available to all racers their customary professionalism and the knowledge mechanical and not only, which encompasses most aspects of the karting’s highest level.

The sporting event was, once again, a complete success in all respects: competitive and energetic, first of all, but also full of enthusiasm and entertainment, ending with the more “professional” side that for a company like Praga Kart, one of the major Kart Manufactures in the world, is seen as one of the most important aspects.

So important that… it will be repeated this year once again. Praga, in fact, is a partner also of the 19th edition of the Rotax Grand Finals 2018, which will take place in the great venue of Brazil. It will be on the Circuito Internacional Paladino in Conde, a municipality in the state of Paraíba, in the northeast region of Brazil from November 24th to December 1st, 2018.
The categories which Praga will provide materials and assistance for are the same as those supported in 2017 in Portimao, that is the 125 Micro MAX and the 125 Junior MAX. The trip is certainly challenging, yet the destination extremely captivating and charming, in one of the countries in which the tradition of engines and of karting in general is most passionately felt. The enthusiasm at IPK is already very high and the preparations to be, once more, at the height of the event have already begun. See you very soon in Brazil!!