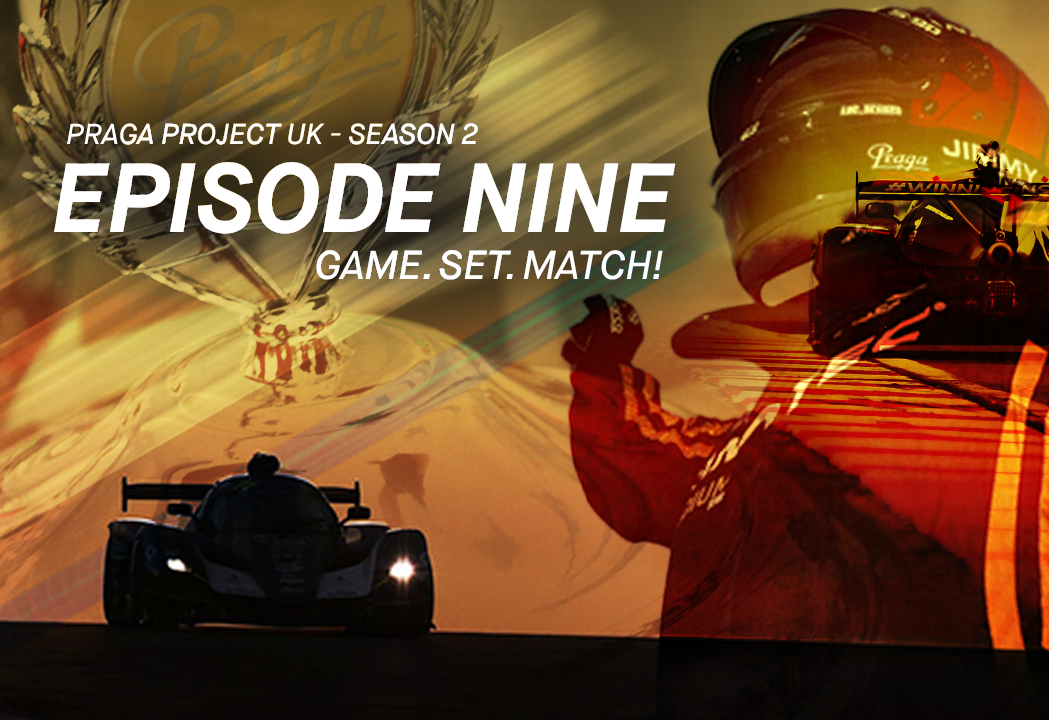 Season 2, Episode 9 of the Praga documentary is now live.

It’s the 2022 Praga Cup UK final. After what has been an incredibly close championship, the last two, one-hour endurance races will decide the winning team as well as the winners of the Drivers Championships, in what promises to be an exciting weekend on the race track.

With 68 points available over the final two races, there’s still everything to play for as mathematically any of the four cars at the top of the standings could take the win.

Going into the final two races, just 38 points separate the three cars at the top of the Praga Cup standings. Currently in first, Praga factory car drivers Gordie Mutch and Jimmy Broadbent with the Fanatec Praga Team87 factory-entered car lead with 219 points, but will face stiff competition from Scott Mittell and Charles Hall in the no.77 run by Mittell Cars on 200 points. In third place, just 19 points back, is the RAW Motorsports no.4 driven by Rob Wheldon and Ben Stone, on 181 points.

But that’s not all. The Drivers’ Championships will also be decided this weekend, with the three professional drivers and three amateur drivers finishing with the most points taking home more fantastic prizes.

Watch the episode above on our the Praga YouTube channel.

To find out the latest news on the Praga Cup visit our sister site, www.pragacup.com.