Praga Cars and VR Motorsport came away from the Silverstone Britcar Endurance Round 4 with mixed emotions after a successful race day brought home more silverware.

A race meeting of classic motorsport ups and downs ultimately gave the team much to celebrate with another race win – the team’s 5th in 7 races – a second place, fastest laps in each race and pole position – the fifth straight pole set during qualifying by Danny Harrison.

Harrison and Hepworth took a spectacular win in race one, with Hepworth having to fight back from last place after a spin at the first corner. By the time she handed over to team-mate Danny Harrison, she had fought back to 7th place, and Harrison did the rest as he overtook the six remaining cars in front to take the chequered flag. In race two, Harrison was closing in on the race leader, having made up over 20 seconds in just a few laps, but with just a handful of laps remaining a technical problem curtailed his ambitions: he still secured fastest lap, just as he had done in race one.

Jack Fabby and partner Garry Townsend ran well in race one after a shunt during testing left them scrambling to get race-ready but qualified in 3rd and finished 5th. They then enjoyed an exciting race two securing a very creditable 2nd place, with Fabby swapping a number of fastest laps with Harrison as both Fabby and Townsend enjoyed the afternoon.

VR Motorsport’s third Praga, the R1S of ex-servicemen Martyn Compton and Warren McKinlay, failed to start the round after a collision during testing – when a rival car turned into them on exiting a corner –  left the car too damaged to race.

Mark Harrison, Managing Director, Praga Cars UK, said: “It was great to go racing at Silverstone, but was a real up and down weekend for us. I guess it shows the levels now of our performances and expectations that even with a race win, a second place, two fastest laps and another pole position, we still feel a little frustrated. We were hugely disappointed that Warren and Martyn could not even start, but it showed how strong the team is in the fact they still turned up on Saturday to support our other teams. Jack, Garry and Danny performed really well again, and Danny’s race win was probably eclipsed by the fact that he has now secured qualification pole in every round. But the highlight was probably seeing Jem pick herself up from the first corner spin and bring the Praga back up to seventh from last place to set up Danny’s race to victory. So, lots of positives and we move on to Snetterton where we will be battling for the championship.”

Jem Hepworth said: “I was thrilled to be back at Silverstone where I began racing cars. I know the International Circuit well and it was amazing to race the Praga there and make full use of the car’s aero. A spin at the start of the race took me from pole position to 23rd, but I immediately got back on track and spent the rest of the stint carving through the pack, using my karting race craft to good use to make it up to 7th. Danny then did the rest!”

Danny Harrison said: “Jem and I like to put on a good show. I’m pleased Jem had the chance to prove her race craft. We had a great race showing that no matter what obstacles are thrown at us we fight back stronger. For me to make the rest of the positions up and to get the fastest lap was mega!”

Vincent Randall, Team Principal, VR Motorsport, said: “Despite a number of challenges the whole team experienced over the test and race days, we take the positives and move on to Snetterton where we will be battling for the overall Britcar Endurance Championship. Both turbo cars can win the title and that reflects the excellent drives that Jem, Danny, Garry and Jack put in on Saturday. Danny and Jack usually take the plaudits, but Jem’s recovery from her spin and Garry’s consistently fast lap times were probably the highlights this time around.” 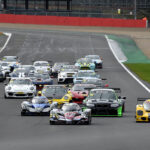 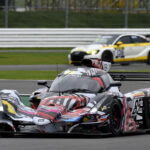 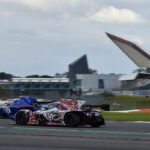 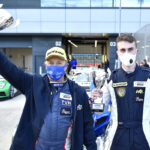 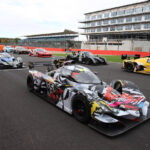