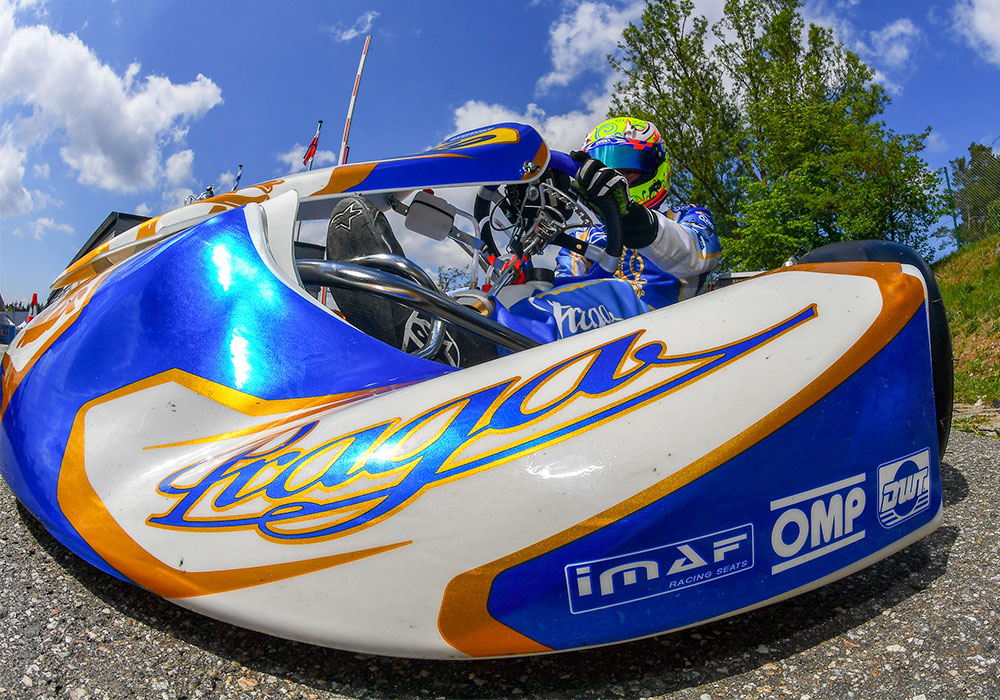 2020 has been a very difficult year for everybody. In this chat with our CEO Petr Ptacek we discuss about the future and new projects in order to make karting more cheap and accessible to everybody.

Can we say that this has been a bad year for everybody but not for IPK and Formula K particularly?

“It is a difficult year for everybody, including us. We were for many years close to the world title, we were sometimes having bad luck, sometimes the decision of engine builders took us back but this year without the collaboration of any engine factory we managed to win the title so it’s the proof that the work we’ve been doing in the last couple of years was good. We were just one step behind the title. We finally did it. Sportingwise it wasn’t that bad otherwise those restrictions are crazy, for me it’s definitely too much.”

It’s a double satisfaction from your side because a few years ago you decided to change the way to work with the engine manufacturers and now you reached the world title.

“Exactly, exactly we’re going to make further steps in the same direction. At this moment we have already agreed with an engine manufacturer to start a close collaboration, it’s gonna be IAME. For next year all adult categories including OKJ so OKJ, OK and factory KZ will be powered by IAME engines. I know we’re going to work hard together. What we don’t know yet if we’re going to compete in KZ1. We’re gonna focus on especially young KZ2 drivers that will be led and trained by our equipe. Furthermore, we want a stronger collaboration with aur satellite teams. Because those who would be happy to use their own engine tuners can stay to our chassis will be close to our factory team but inside the factory team there’s gonna be pure collaboration between IPK and IAME.
Talking about MINI category we bring Juri Serafini’s team closer to the factory. So the official Formula K MINI team will be managed by Juri Serafini. Even the collaboration with Praga Junior team, managed by Muolo & Lotito, will be stronger and closer.”

How the World title changed IPK and the business of IPK? Did you have a reaction on the market or it isn’t so important?

“Usually the impact of winning the World title or being in front during FIA and WSK main events or the new series Champions of the Future do not affect the general sales. It improves a little bit in the category but the total figures don’t change much. So that’s also one of the reasons why we are thinking to save money on KZ1 because it’s a very very expensive category and we do something more for our kids and for our loyal employees. So we’ll take the decision soon but I actually support more the idea to leave the KZ1 category after the title.”

Some years ago, when you arrived, a lot of people in the world of karting started to say that you were the new one that would invest in karting for a few years and then you’ll go away. What do you want to say to those people now?

“I keep saying the same. We love the sport however we’d like to influence a little bit more the future of karting itself because at the moment it’s extremely expensive and the upcoming years will be difficult for most of the population because all the measures that have been taken for the COVID-19 situation are damaging the economies and they will be damaging the people because they don’t have money in their healthcare systems and also for sports and recreations time there will be no money so that’s why we want to be wise and not to spend too much to our racing. We would like to influence the whole community, we would like to influence FIA and CIK to reduce the costs of racing.”

If you had 3 things to work on to go in this direction, what would those be?

“I don’t want to create enemies but we all know which things or components could be used if they were not exclusively bought from one supplier. I believe in competition so competition usually brings prices down so I don’t actually think that’s a necessity to have one only fuel supplier, one only tires supplier and we could definitely reach if not better quality, the same quality, specially in tires, thought the competitions. Like it was when we entered the big karting world. If Italian championship can use a normal fuel, I don’t see why FIA and WSK would have to have a special supplier, the most expensive fuel.”

“I think there are things that have significantly improved which is the implementation of the front fairing system. Now it’s reasonable. Before we started with 30 sec penalties and now it has avoided some accidents, I think it’s reasonable with the actual penalties. Concerning the direct drive what I don’t like is the combination in some championships with clutch and some championships use the direct drive and the driving is a little bit different. The kids should learn either the direct drive or clutch system. Finally I can imagine we could race even at the top level with X30 engine that seems to be cheaper than all the other ones or Rotax also is using the clutch, and the driving is not that much different. Finally one of the reasons, if I remember, when they introduced the direct drive OK and OKJ is that they should be cheaper. Finally we rent the engines at the same price we used to rent KFJ and KF so we didn’t save one single penny and it’s not that safe.”

You have a very special point of view because you are involved in motorsport at so many levels. Even with your son you are involved in racing and you are doing, as a father, all the steps to the top of motorsport. Do you still think that karting is an important step of this path or now, that we have kids that at 14yo they already go on a car, is less important?

“I think that the kids look too fast and jump too early in single seaters car. My opinion is still the same, it never changed, that karting is the best motorsport discipline. Definitely the most competitive, the nicest, the pure motorsport. So for me karting is definitely better than any race car driving. And also for the feeling, for the community, I still believe it. I see my son fighting with his team and his management to do karting. Probably the only supporter of his racing in karting is Alessandro Alunni Bravi that always tells me that everyone wants to go karting.”

What about rental karts? You developed a new product and you are also pushing in that direction.

“Definitely we are and as we said we want to influence karting more. One of the ways we’re going to influence it is to get new cheap racing drivers. Drivers who would enter racing because for me rental go kart as we know them now, is something that has nothing to do with karting. You know they are big thanks, heavy, people that know the motorsport feeling can never be satisfied in the rental go-kart. So we want to influence it in two ways that we create and we make our go karts implementing the most possible knowledge of the racing department. Both parts and philosophy. We want to educate even our rental drivers and our clients, the rental tracks, to put clear rules that karting is not about crashing, it’s not about damaging stuff and causing injuries. So it’s about the speed and the cleaness of the driving and we want to create a racing series where the winners at the regional/club levels of our rental racing go-karts would join the Tillotson T4 world final. These people, we would like to bring from leisure rental go-kart to the cheapest but really nice level of racing of the 4-stroke Tillotson engine. And maybe go up to 2-stroke. I was impressed by the T4. Even if it’s a 4-stroke, you have the feeling of a racing go-kart.”