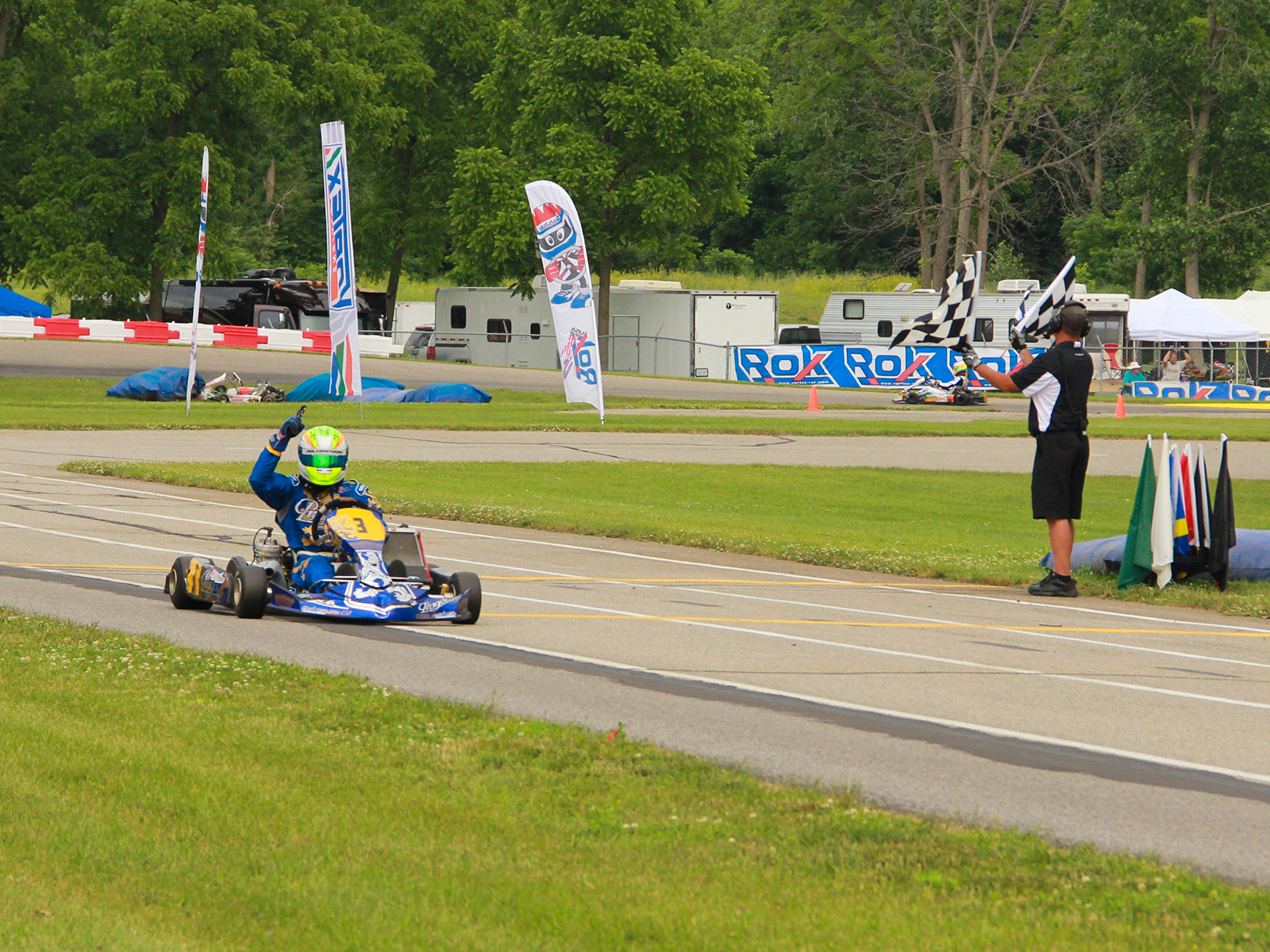 Geringer, along with Andrick Zeen and Kindra Hurlbert, competed in the Leopard 125 Pro category. Both Geringer and Zeen were among the top drivers throughout the weekend, on par with the pace in their Praga Dragon chassis. In Saturday’s qualifying, Zeen was nearly on top, taking P2 by a gap of 2 hundredths of a second, while Geringer was also close at P5. Saturday’s heats saw Geringer at P2 and P10, while Zeen was P3 and DNF in the second heat due to a contact that took him out. In Saturday’s final, Geringer proved he has what it takes with his first national series win in the Leopard Pro class. Zeen’s bad luck continued in the final, again with a contact taking him out in the second lap. On Sunday, again both drivers had the speed and pace to put them at the top of the charts. In Sunday’s heats, Zeen was on track with a P3 and P5, with Geringer taking P11 and P4. In Sunday’s final, both drivers fought hard, but with a lot of grip on the track Zeen and Geringer were only able to come out with a P6 and P8, respectively.

In the Yahama Rookie category, Kartwerks USA driver Luca Mars was a clear frontrunner all weekend long, taking double victories for Praga. Saturday, he qualified P4, and took P1 and P4 in the heats. In the final, Mars fought hard against the competition to take the win. Sunday was more of the same, with Mars qualifying P2 and finishing P1 and P2 in the heats. Sunday’s final saw a repeat of Saturday, with Mars again taking the top spot in Yahama Rookie with his Praga Piccolo.

Overall, the Praga North America drivers demonstrated the chassis’ performance over the weekend’s races, with three podiums in total. Beyond the podiums, drivers like Zeen proved that the package has what it takes to run up front, even if bad luck kept him from showing his true potential. Says Team Director Blake Wankowski, “The team and Praga really had a great weekend. The Praga Dragon and Piccolo chassis performed excellently as expected, and drivers improved themselves from the previous round. With wins in Leopard Pro and Yahama Rookie, I think we are certainly proving the success of the Praga chassis line available to the market.” The Praga North America team will be at the next rounds of the Route 66 Sprint Series as well as the next rounds of USPKS and SKUSA SummerNationals.