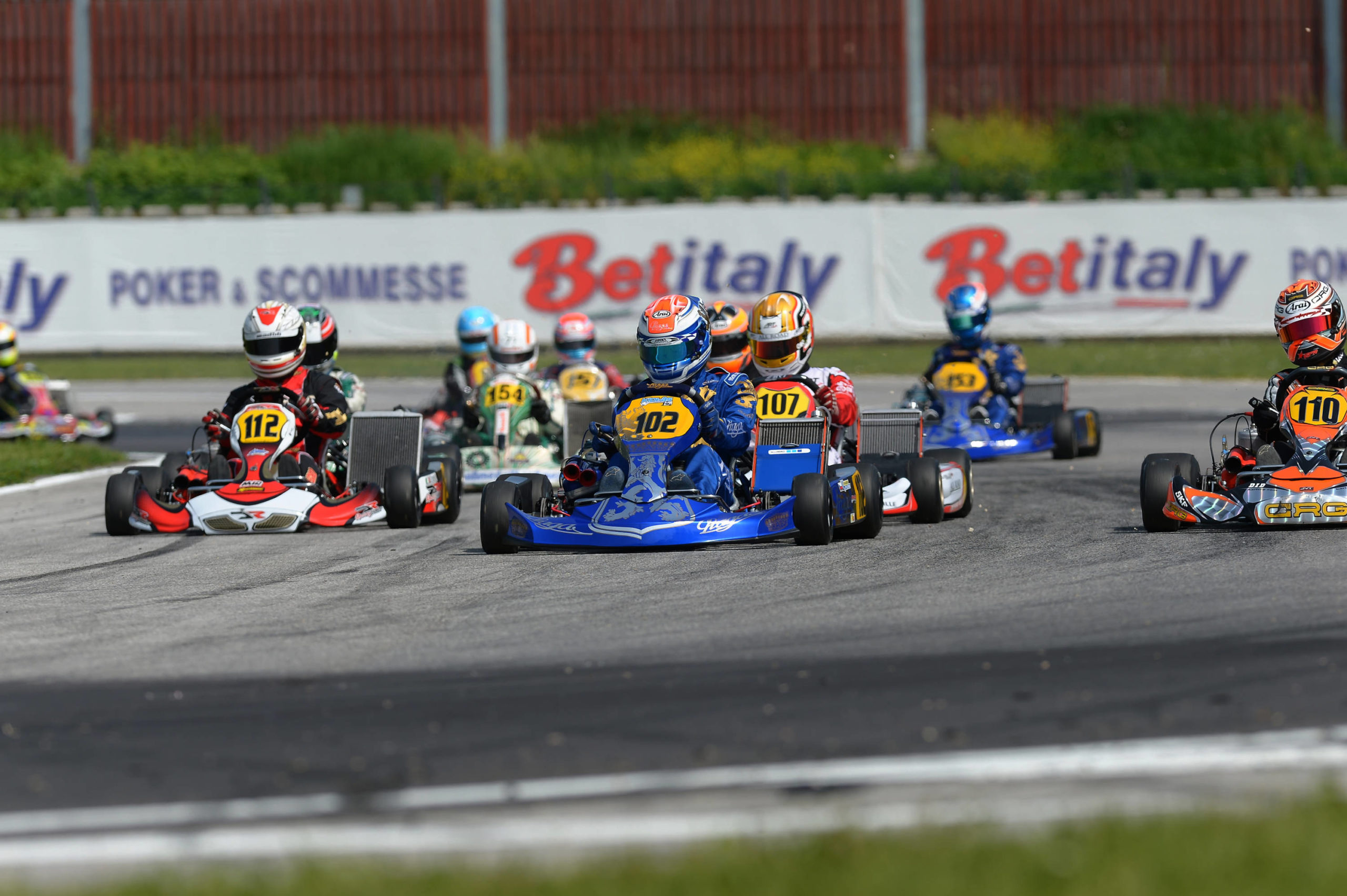 THE 2013 WSK MASTER SERIES REACHED THE 3RD AND PENULTIMATE ROUND AT THE FVG INTERNATIONAL CIRCUIT  IN PRECENICCO, ITALY. PRAGA KART RACING WINS FINAL 1 AND IS ON THE PODIUM (2nd) IN FINAL 2 IN THE KZ2

6 May 2013 — The penultimate round of the 2013 WSK Master Series was held in Precenicco (Udine), Italy at the Friuli Venezia Giulia International Circuit. Praga Kart Racing was on track in the KZ2, KF and KF-Junior categories. In KZ2 Patrik Hajek is an absolute protagonist, never past 2nd place.  2nd overall after timed practices and after the heats, in Final 1 he takes control and flies, unstoppable,  all the way to victory. On Sunday he is again 2nd in the heats and confirms the result also in Final 2, conquering a well-deserved podium.  One round from the end of the championship, Hajek is now 3rd in the general standings, just one point away from the second-runner.  Also in KZ2, Radim Maxa is among the best all weekend too: he joins the action for Saturday’s heats and here he attests himself 7th overall, then he is again 7th in Final 1 and, on the rise from intense heats, on Sunday he is 8th in Final 2.

Praga is in the top 10 also in KF with Karol Dabski. The Czech driver starts off ultra-fast: 4th in his timed session and 6th in Superpole, then 7th overall after the heats (4th, 7th, 9th). In the Pre-final he suffers some contacts (16th), then in the Final he goes wild and closes 9th.