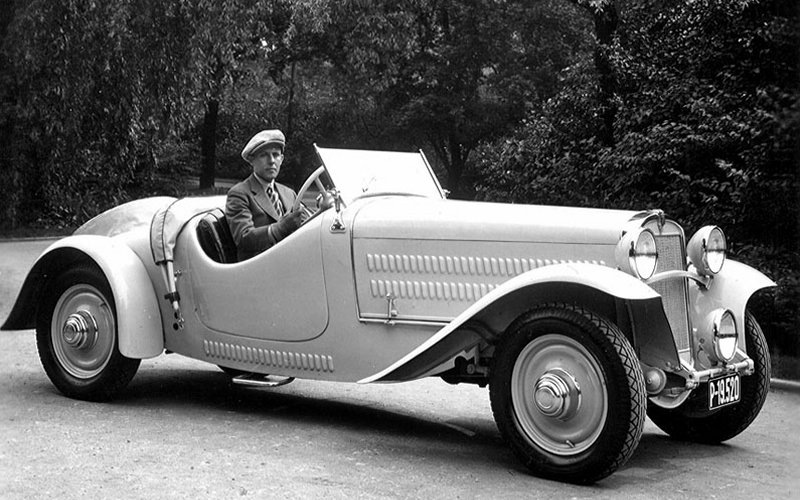 Why 89? Praga and the 1000 Miles of Czechoslovakia

There will be just 89 examples of the new Bohema built by Praga. Why that number? Because it’s 89 years since Praga’s greatest road racing victory, when it won the 1933 1000 Miles of Czechoslovakia endurance race.

This competition, inspired by the Mille Miglia, ran for three years between the wars, in 1933, ‘34 and ‘35. For the first two years, the race started from Prague and drove two non-stop laps of the route on challenging public roads through Kolín, Německý Brod (now called Havlíčkův Brod), Jihlava, Velké Meziříčí, Brno, and Břeclav to Bratislava, and back, totalling 1592.8km. For 1935, the route changed slightly between Brno and Bratislava, reducing the total distance slightly to 1540km. Due to the worsening political situation in Europe it was never run again, until its revival as a historic racing event a decade ago.

The 1933 inaugural race created an important legacy for Praga. That first race was won by racer and Praga engineer Petr Mucha driving his Praga Alfa – one of the company’s sportiest models with an advanced 1.8-litre six-cylinder magnesium engine, beam axle suspension and drum brakes all round. It was up not only against the country’s most important cars, from the likes of Aero, Walter, Tatra, Wikov or Skoda but also against Bugattis, Chryslers and other esteemed contemporary sport cars.

Thousands of spectators lined the roads to see them in action. It must have been quite a sight; the winning Praga Alfa managed an 84km/h average speed over the 1000 miles on the course, which was on basic back roads, still open to regular traffic. The victory was even more of an achievement considering the Alfa, which started in the 2000cc category, finished ahead of the unregulated engine size class cars.

The win in the inaugural 1000 miles of Czechoslovakia motivated Praga into entering the next edition of the race with a strong factory team. Although this time the entries were not for the overall win but rather for the group scoring endurance category, these Super Piccolo based models presented the first truly bespoke road-race car design from Praga.

Tragically, Peter Mucha was mortally wounded in a road accident while testing his latest aerodynamic Super Piccolo shortly before the second running of the race. The devastated team still entered the race but the results were below expectations and the road racing production programme was suspended. We will never know what motor sport books would have said about Praga should Peter Mucha have competed further, but he surely made the company’s history when snatching his breathtaking victory – which led to creation of the very first road racing department within the brand. It’s a legacy celebrated with each of the 89 (1934-2022) Praga Bohemas, a race-inspired road car.