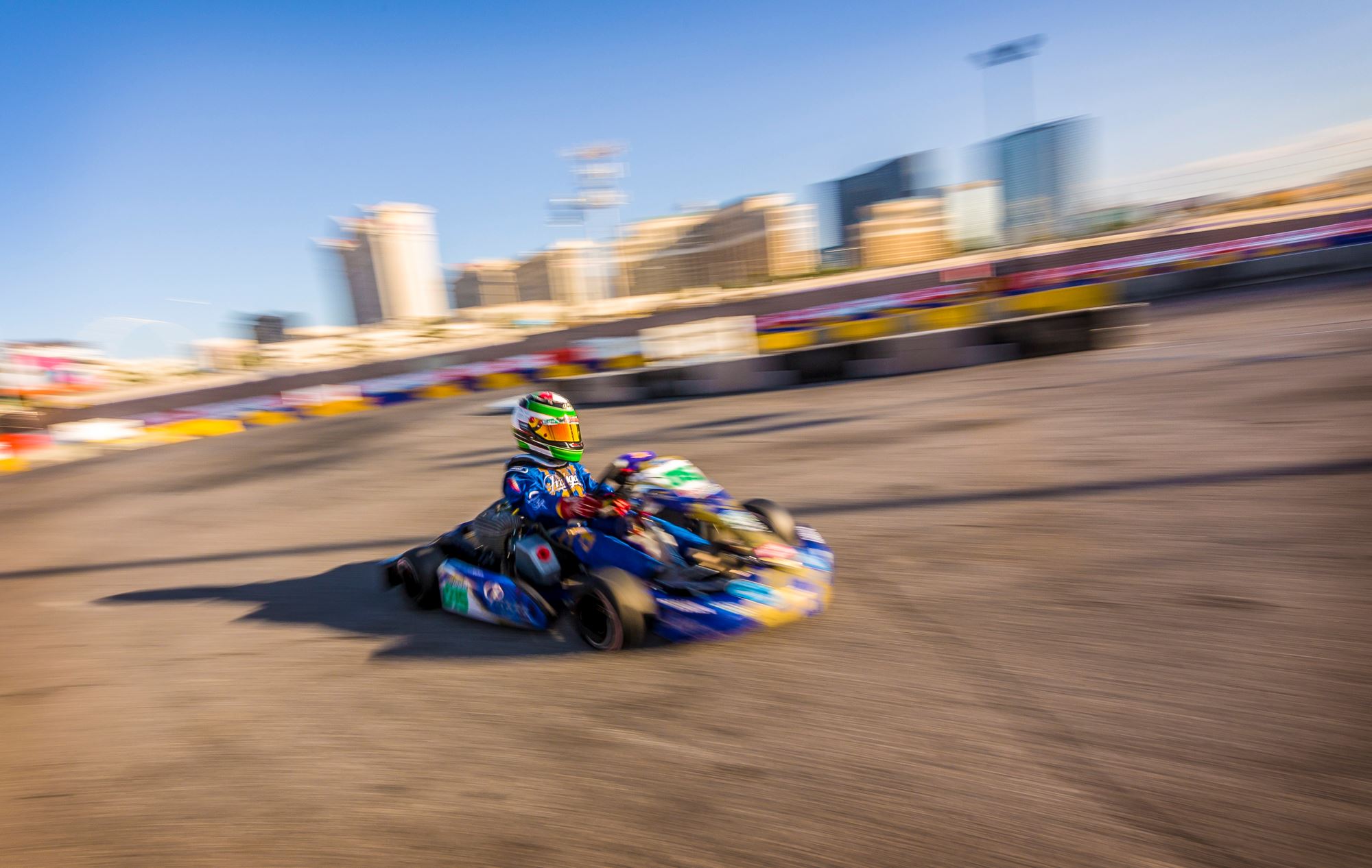 24 November 2013, Las Vegas, USA – The 17th Annual SKUSA Supernationals took place this past weekend on location at the Rio Hotel in Las Vegas, USA. Praga was present this year with over 30 drivers on the brand, including many from the Praga Kart Racing factory team. The team put forth strong efforts throughout the week, and although rain storms caused some issues, they were still able to garner respectable results in Sunday’s finals.
In KZ2, factory drivers Patrik Hajek and Jonathan Thonon represented Praga in the top category. With weather conditions making for a difficult qualifying, the drivers came back with some solid heats: Hajek (P4, P10, P7), and Thonon (P3, P5). Going into the final, Hajek started strong and managed to hold his position with a 4th place finish in the competitive category. Thonon also got off to a good start, but an incident in lap 8 forced him to retire.
In the TaG Cadet category, the factory team had Czech driver Petr Ptacek Jr. and Swedish driver Rasmus Lindh at the wheel. Both drivers proved highly competitive in their class, with Ptacek taking P2, P2, and P8 in the heats, while Lindh was P1, P3, and P8. The drivers went into the final P5 (Lindh) and P6 (Ptacek), but the final proved to be complicated for both. Ptacek was punted at the start of the first lap and pushed back to P36, but fought his way back 22nd. Lindh meanwhile got off to a good start and was leading the pack for several laps, but after a red flag and restart he lost his gain and ended in 6th place.
Other notable results from Praga drivers included a 4th place finish from American driver Trevor McAlister in the S4 Master Stock Moto category, and 4th place in the TaG Senior category from American driver Jess Peterson.