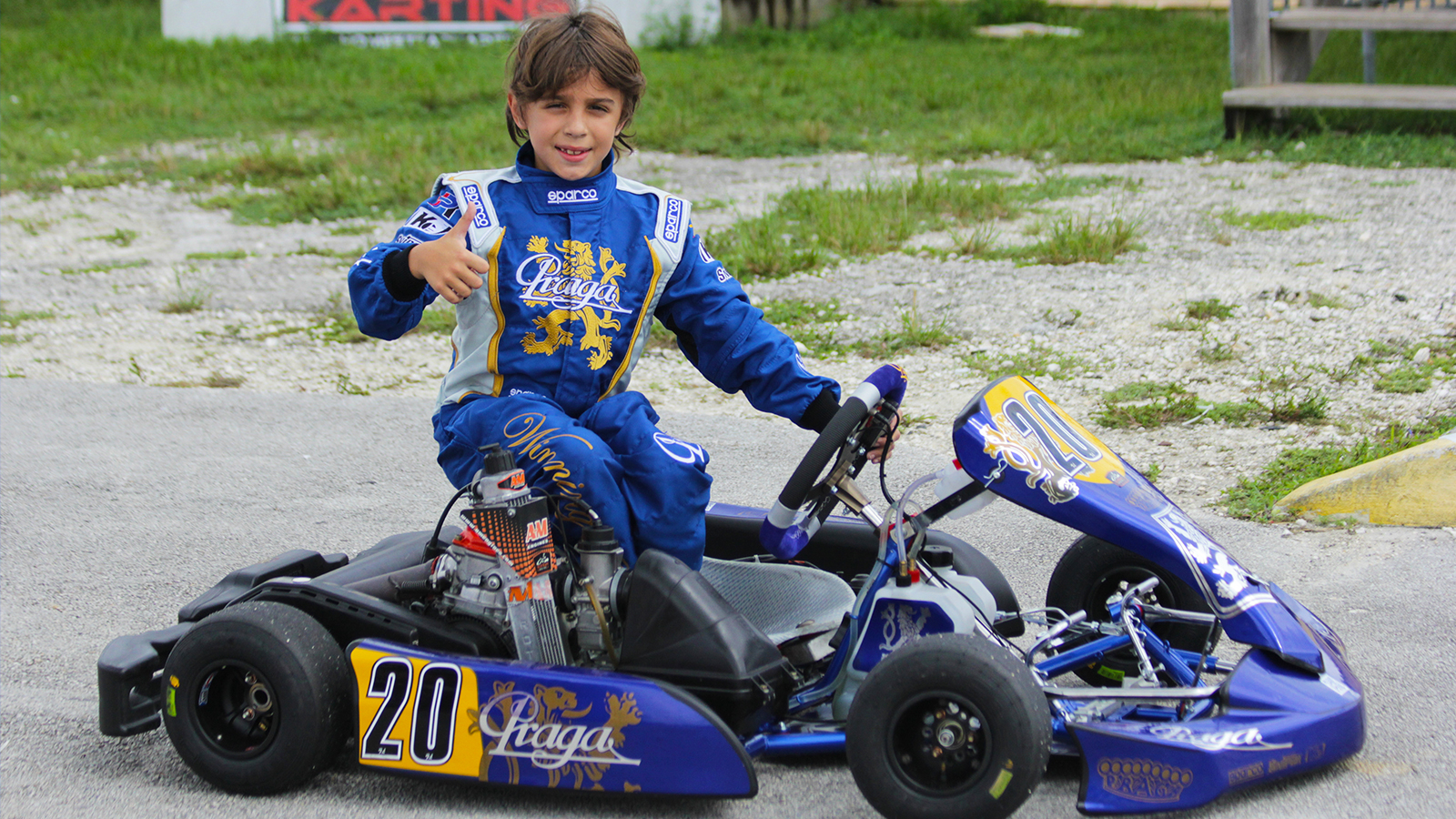 September 21, 2014, Miami, Florida — Young, up-and-coming driver Alessandro De Tullio is making the switch to Praga for the remainder of the 2014 and 2015 seasons. The eight-year-old Miami native races under the SLA Karting team, with support from South Florida Praga dealer Pro Powersport America. Both the driver and team are happy with their decision to move onto Praga, and excited to showcase the product with their upcoming race schedule, where De Tullio competes in both TaG and ROTAX classes.

De Tullio has already been testing the chassis at his home track Homestead Karting. On board his Praga Piccolo / AM engine package, he seamlessly made the transition within one test day. His mechanic, Sebastian Ardizzone, is very happy with both chassis and driver performance, and he is already seeing positive results and faster lap times from De Tullio with just two days of testing. The results were so impressive, that De Tullio will make his debut on the Praga chassis this weekend at rounds 5 & 6 of the Florida Pro Kart Series, where he’s currently 6th in the points overall, before heading to the ROTAX Pan Am Challenge in Mooresville, North Carolina next month.

Driving since the age of four, De Tullio made his national debut at this year’s Florida Winter Tour series, where he competed in the Micromax class and finished strong with an 8th place overall position in his first major race series. He also competed in the Homestead Fall Championship, where he finished 2nd last year and is currently leading the points this year. Looking to the 2015 season, he is planning to compete at the Florida Winter Tour, Florida Pro Kart Series, the ROTAX Grand Nationals and Pan Am Challenge, as well as the local Homestead Spring and Fall Championships.