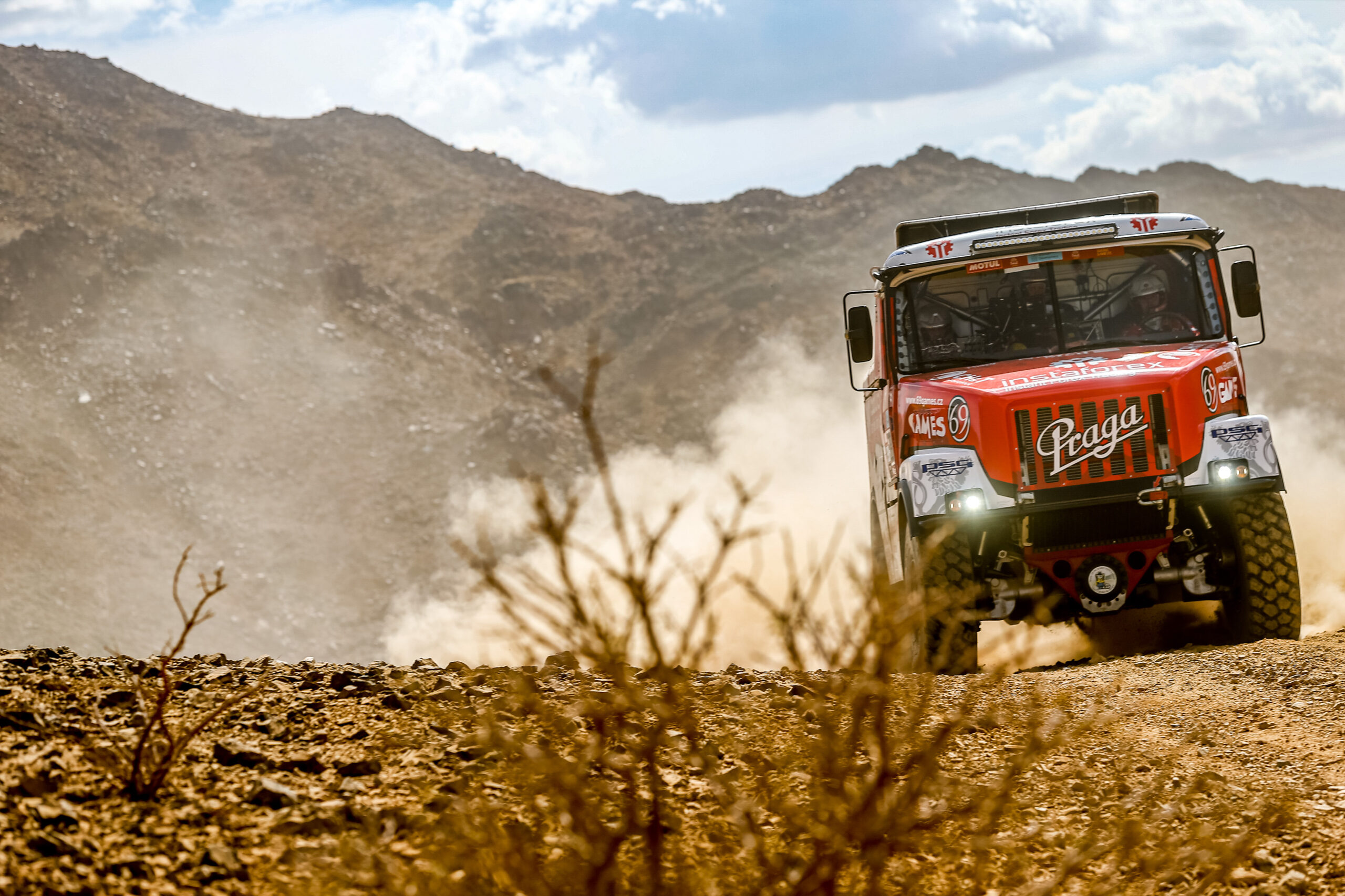 Dakar 2022: Loprais finishes third in first stage despite some issues

The 2022 Dakar Rally started on New Year’s Day with more than an 800-kilometre trip from Jeddah to Ha’il, during which the competitors also took part in the qualifying stage (19.51 kilometres), that led mostly through sand and small dunes. 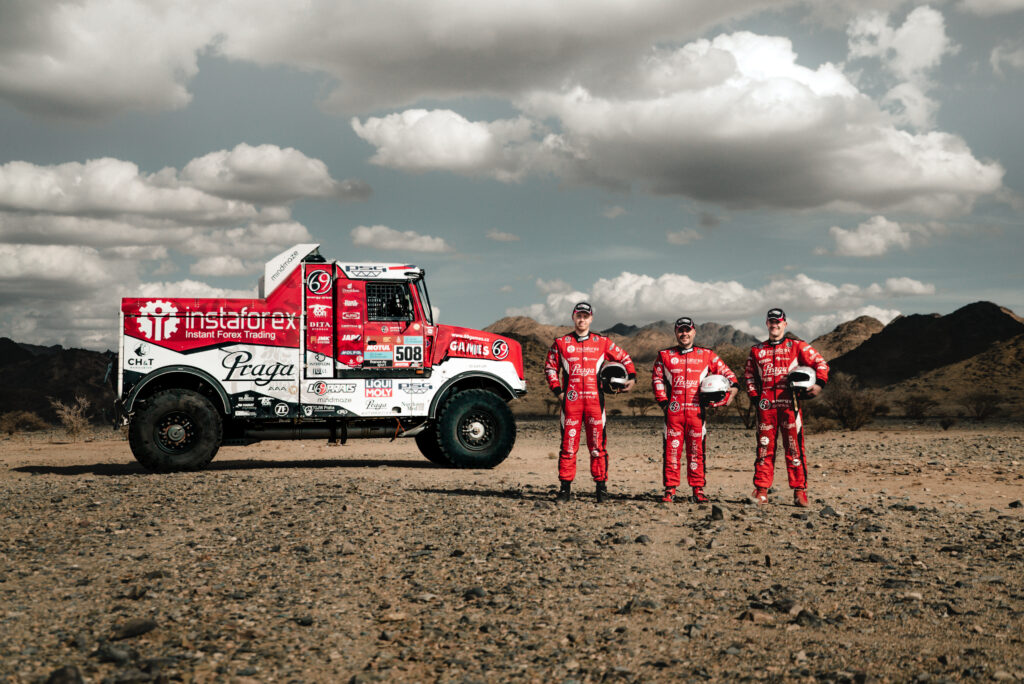 While Aleš Loprais and his mechanic Petr Pokora share the cabin of the rally truck for the fourth Dakar edition already, Jaroslav Valtr jr. is a brand-new addition to the crew. His Dakar debut came last year, in a team with his father Jaroslav Valtr. However, the cooperation did not start very well for them, as they ran into issues with new electronic roadbooks. After the prologue stage for the 2022 Dakar Rally, the Praga V4S DKR truck of the Instaforex Loprais Praga Team is classified in eleventh place.

The opening stage of the 2022 Dakar Rally was a 514-kilometre loop around Ha’il, out of which 333 kilometres were timed. The whole stage offered a big variety in terrain, with crews facing both technical and faster segments on the sand, soil, and mountainous roads with lots of stones, which turned some sections into a proper trial. Especially navigators had a difficult job with several tricky spots. And they all had to be extremely careful about steep slopes. However, none of that took Aleš Loprais by surprise.

“Lots of camel grass, many jumps and holes, but I like that. Even though my neck hurts now,” says Aleš Loprais. “Considering our starting position after the prologue, we were passing one vehicle after another. The special was very difficult in terms of navigation, but it also offered some really beautiful sceneries. I think it was one of the most beautiful stages, we’ve ever had in Saudi Arabia.” 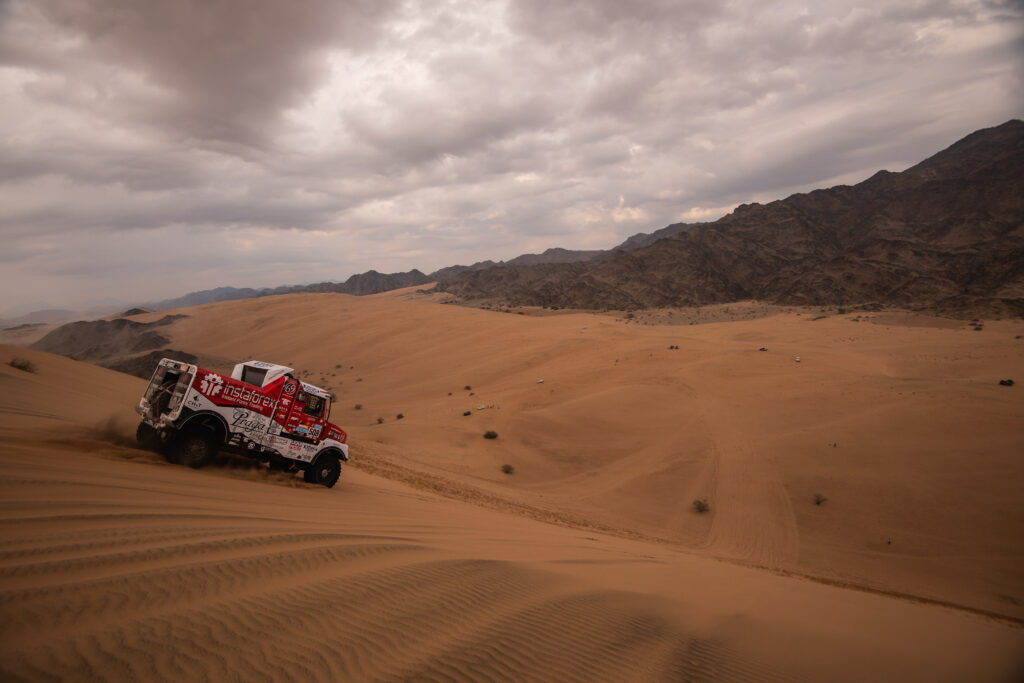 In the first half of the stage, the Praga V4S DKR #508 truck held fourth place in the classification on the waypoints. At the very end, the crew also took advantage of the leading Kamaz, as a highly experienced Russian navigator Andrey Mokeev fell into one of the navigational traps. That cost Andrey Karginov and his crew around 20 minutes and caused a drop to fifth place in the stage classification. However, Loprais faced some challenges as well.

“We lost the left front brake drum halfway through the stage. Since then, every time I hit the brakes a bit harder, the truck went into a slide, so I was a bit nervous. But we managed to keep up the pace. It’s a shame, it could have been even better, but we can’t think about that. We’re happy with the result and I believe that Karel is happy as well,” added Aleš Loprais, who still thinks of his uncle and a six-time Dakar winner Karel Loprais, who passed away just shortly before this year’s Dakar. 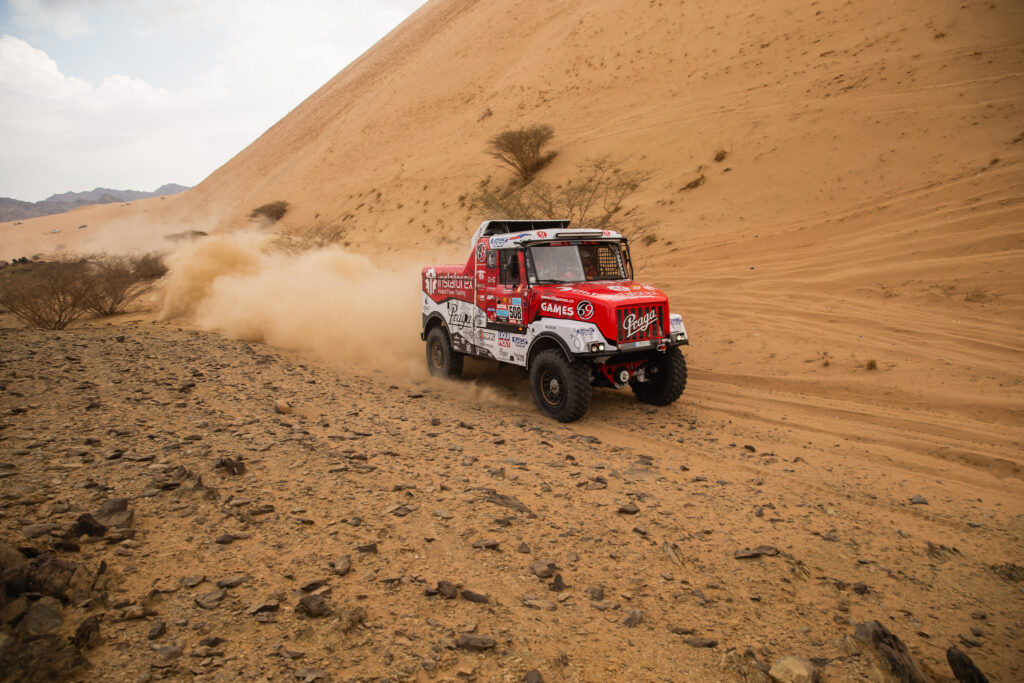 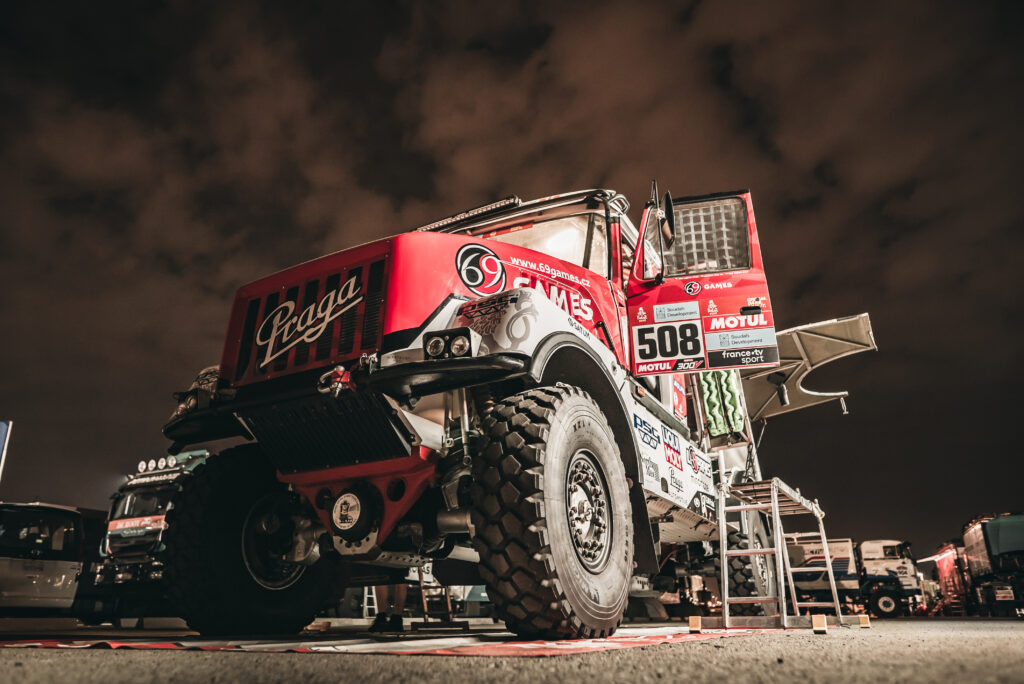