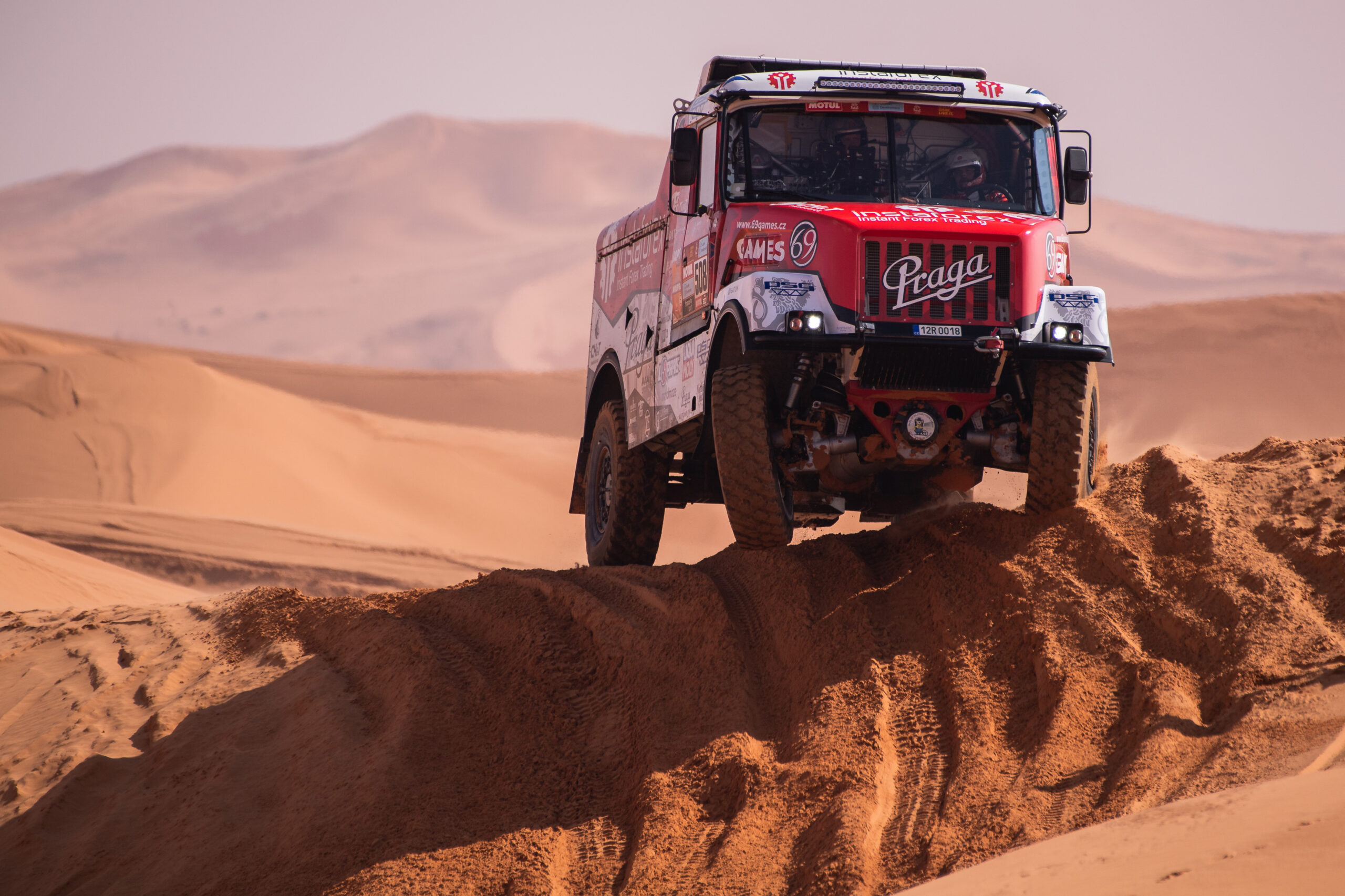 Dakar 2022: Loprais keeps up with leaders and holds his position

After an extremely dramatic fourth stage for the Instaforex Loprais Praga Team, in which a collision with a buggy caused major mechanical issues, Aleš Loprais and his crew completed the gruelling stage in 6th place. The fifth stage presented even greater challenges with extreme terrains. However, the Praga Team handled the difficult stage without a hiccup and the crew remains in fifth place in the trucks overall standings. 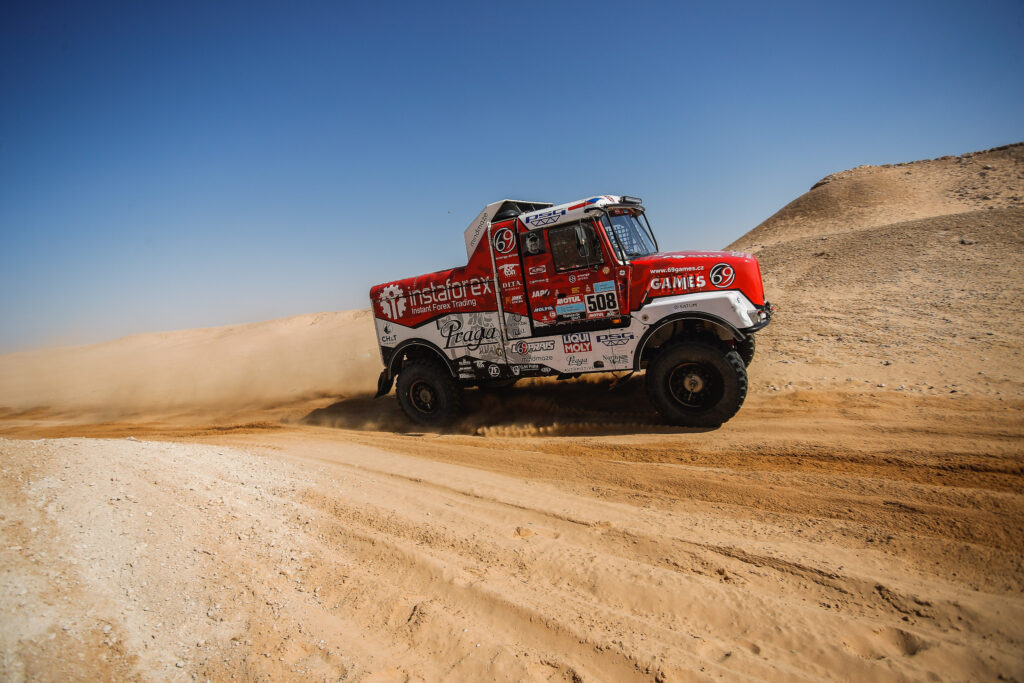 On Wednesday, January 5, the 44th edition of the famous marathon rally continued with the fourth stage, from Al Qaisumah to Riyadh (708 km).

Right at the beginning of what is the longest special stage (465 km) of the whole event, Aleš Loprais and his crew got into trouble after a collision with one of the buggies, in which the crew was innocent. The Praga V4S DKR #508 truck had to tackle most of the stage without shock absorbers on the right rear wheel.

“I’d put today’s stage amongst the five toughest stages, I’ve ever had done. When we were validating one of the waypoints between eighth and tenth kilometre, one of the buggies hit us on the right rear wheel,” describes Aleš Loprais.

“We had stopped right away. The most important thing is that nobody got hurt, but those guys made a fatal mistake. They just went right into us, and their vehicle is probably finished. Their co-driver confirmed that they had made a stupid error, but they showed us that they’re OK, and we can continue.” 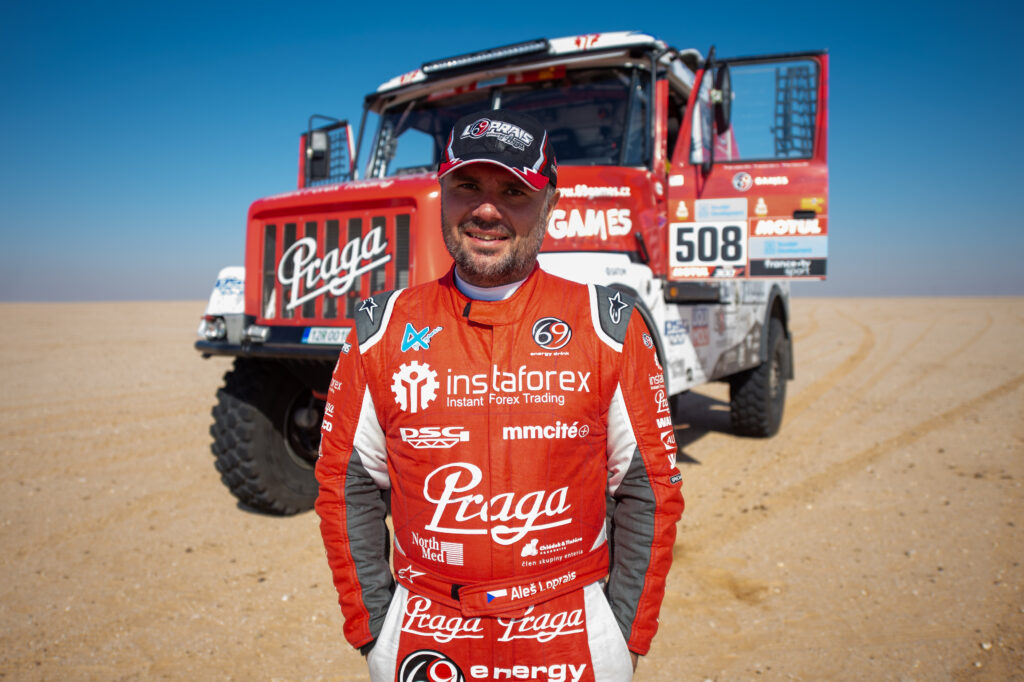 However, the red and white Praga had to stop after the next few kilometres again.

“After that hit, we were losing tyre pressure due to a slow puncture. And it kept going because after 50 kilometres we lost our first shock absorber, and after another 50 kilometres, we lost even our second one, so we had to do almost 400 kilometres without any shock absorbers on the right rear wheel. It was a completely different driving; the truck was jumping much higher and more to the side. In the end, I was glad when we reached dunes, where the vehicle got some rest,” continued the Czech driver.

“Today, it was all or nothing. I kept praying throughout the whole stage and I’m glad that we’ve made it to the end. We were lucky and had a guardian angel. I’m grateful for that and I thank the whole crew, because they were working great, and we supported each other.”

Despite all the troubles, Loprais, Valtr and Pokora managed to reach the finish line in sixth place, around sixteen and half minutes behind the fastest Eduard Nikolaev (Kamaz). In the overall standings, they dropped behind Janus van Kasteren (Iveco), who finished in fourth position today, but they are still in fifth place overall.

That is also because several of Loprais’ competitors also faced difficult moments today, including Nikolaev’s teammate Andrey Karginov. The 2020 Dakar winner got into trouble in the first half of the special already with gearbox issues, and then, just 40 kilometres before the end, he got stuck in the mud for more than an hour. He lost almost 90 minutes and he dropped from third to seventh in the overall classification. 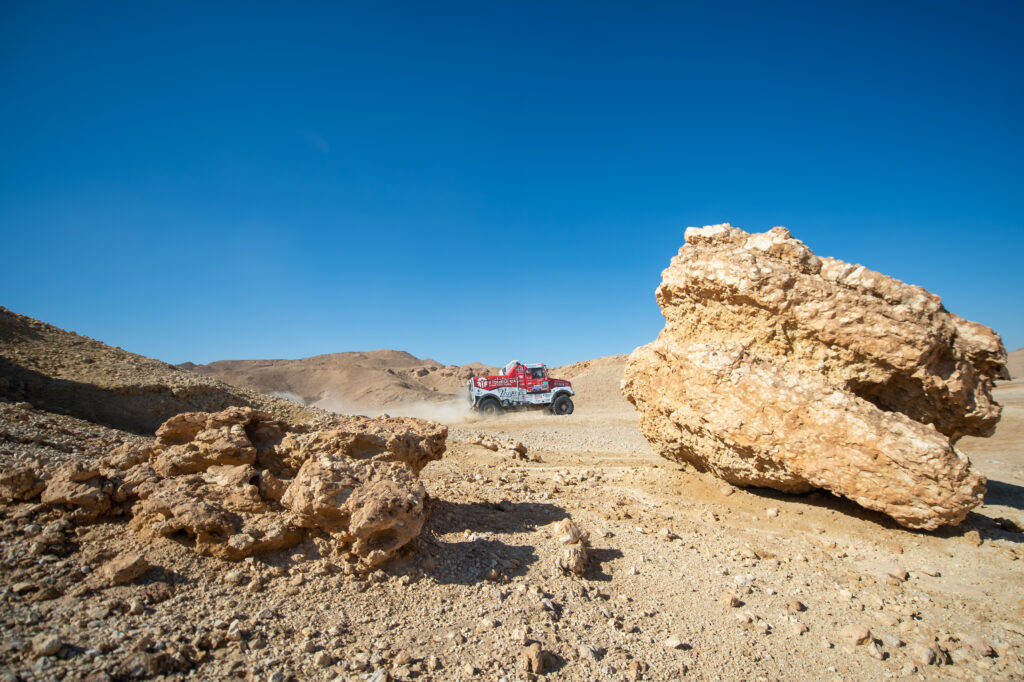 “It’s difficult, but sometimes it was even enjoyable fun. For a while, we were even in second place. We did our best, but the Kamaz team is flying like crazy, and van Kasteren as well,” says Aleš Loprais.

“I also have to praise Jaroslav Valtr jr., who did a great job navigating me today. I really enjoyed driving under his lead,” added Czech driver, praising his new navigator.

The Praga V4S DKR of the Instaforex Loprais Praga Team finished the special in 4 hours and 10 minutes. Just seven and half minutes behind the stage winner Andrey Karginov with a Kamaz truck. That puts the crew of Aleš Loprais, Jaroslav Valtr jr. and Petr Pokora in sixth place in the stage results, right behind the four Kamaz trucks and Janus van Kasteren with Iveco. 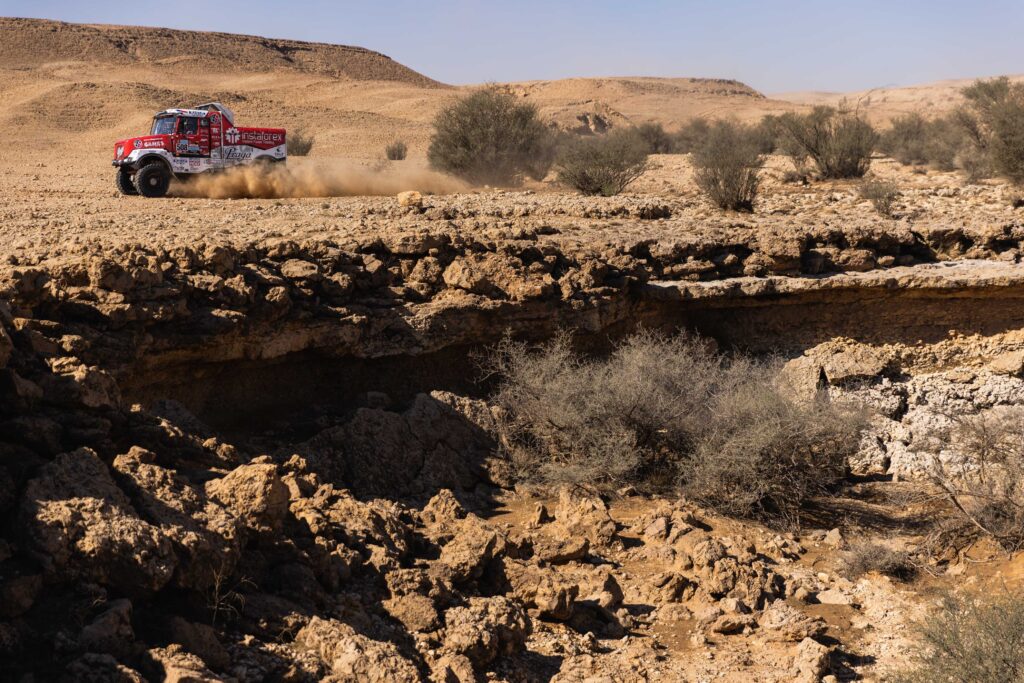 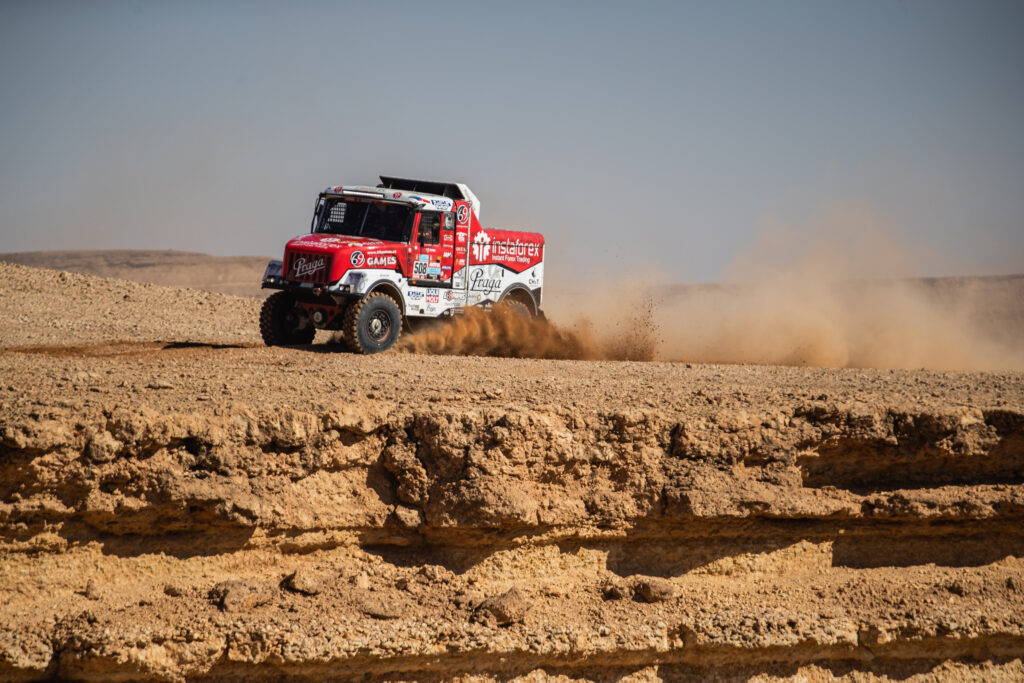