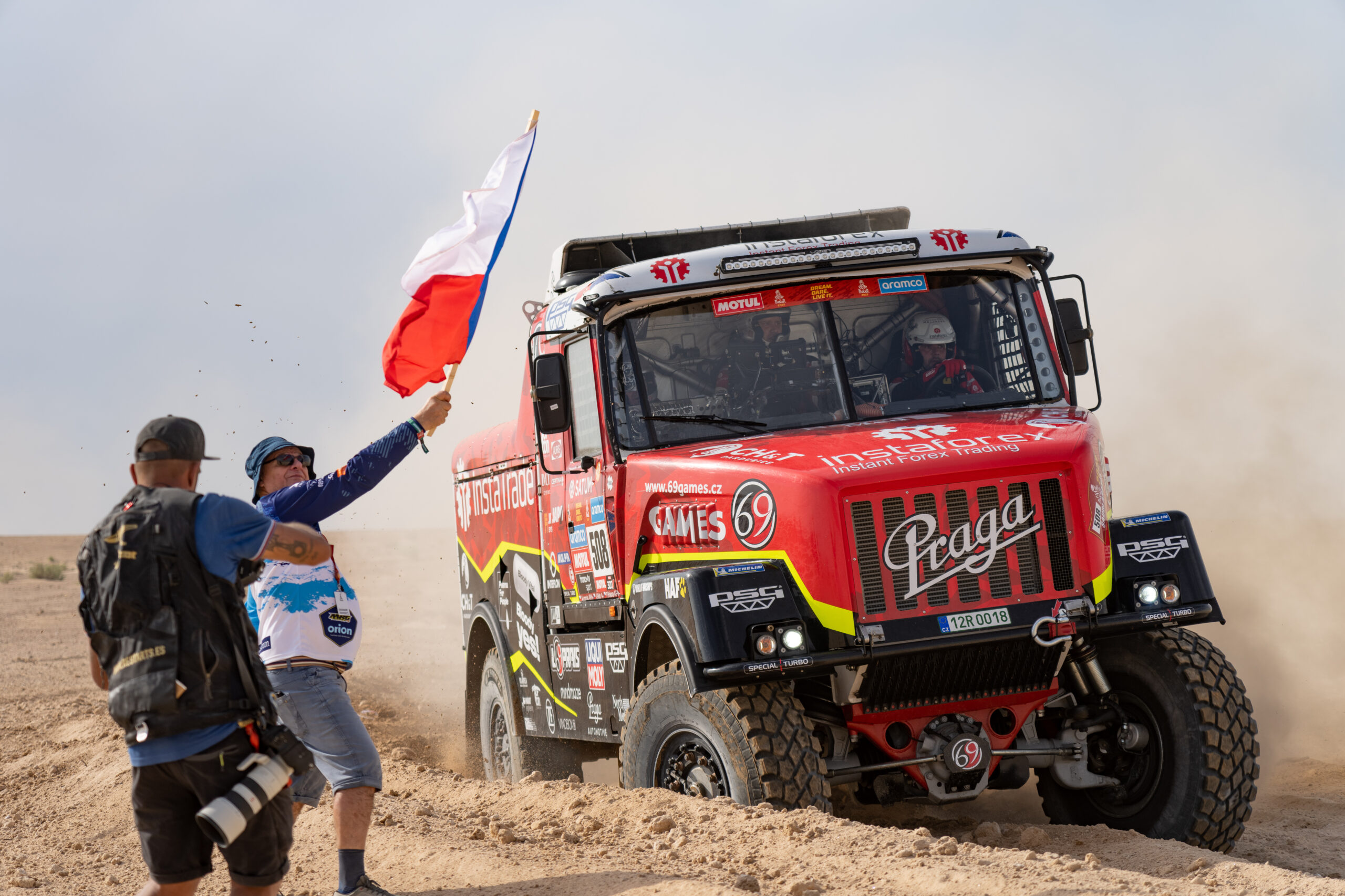 The Instaforex Loprais Praga Team have had a successful start to the Dakar Rally 2023. Following a good result in the Prologue, Aleš Loprais added another great performance in the opening stages, finishing Stage 1 with the second fastest time, and moving into first place after Stage 2. 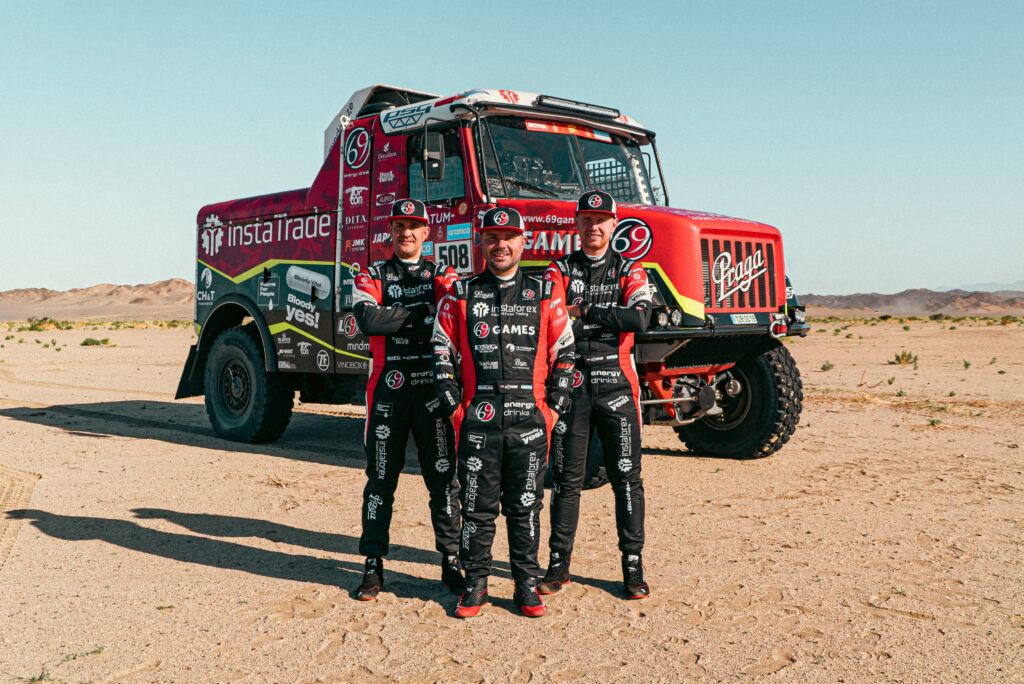 On New Year’s Eve, the forty-fifth edition of the Dakar Rally kicked-off with a 13-kilometre Prologue to decide the starting order for the first stage. Aleš Loprais, Jaroslav Valtr jr. and Petr Pokora with the Praga V4S DKR #508 finished in sixth place out of 55 crews in the Truck category, narrowly losing out to Dutch driver Victor Versteijnen in fifth position by only seven-tenths.

While the top five trucks would begin Stage 1 right behind the first 40 cars, and with one-minute gaps, Aleš Loprais and his team would begin in 115th position, mixed with the rest of the cars and buggies, more than half an hour behind the fifth position truck driver. 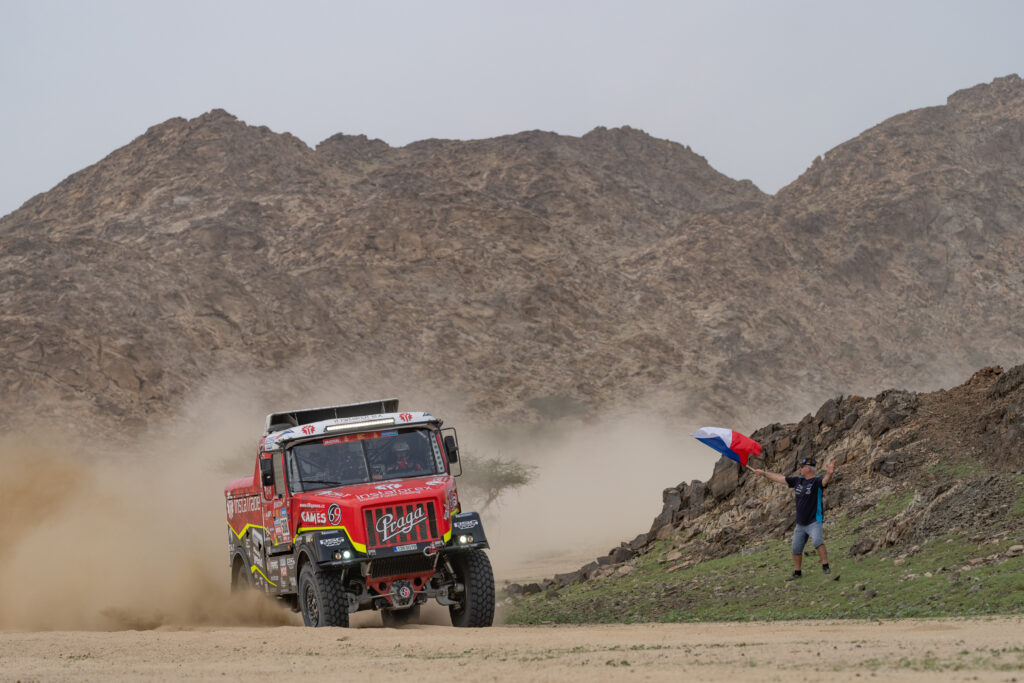 On Sunday, January 1, the first stage of the Dakar Rally 2023 began with a 603 kilometres long loop around a Sea Camp bivouac, including a special stage of 368 kilometres.

From the very beginning, there was a fierce battle for the top positions in the Trucks category. However, the Praga V4S DKR #508 handled all the terrain challenges without a hiccup. The Praga crew passed through groups of cars and buggies at high speed, and in the end, set the second fastest time of the day. 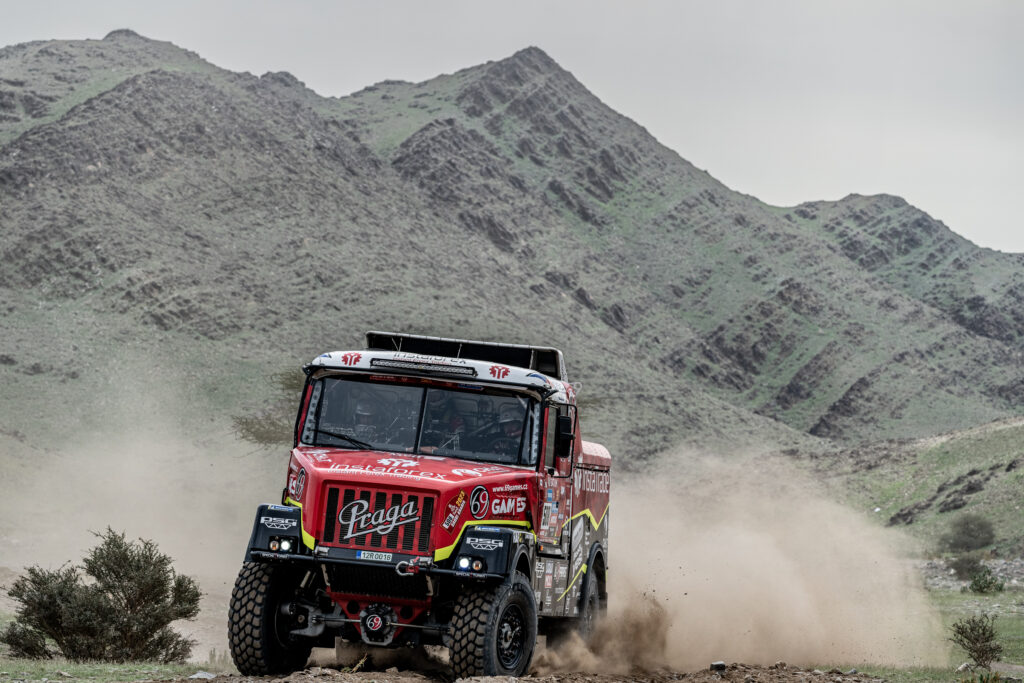 On Monday, January 2, the rally continued with Stage 2, a 590-kilometre-long route from Sea Camp to Al-Ula. This time, however, the competitors were faced with several trial passages in rock-covered mountains and dry bedrocks.

After the first third of the stage, the Instaforex Loprais Praga Team moved into second place behind Janus van Kasteren. However, in the end, the Czech crew moved up in the standings to take a stage victory following a 15-minute penalty for the Dutch driver, which saw him drop behind Loprais. After a great performance and result, Loprais, Valtr jr. and Pokora took the overall lead in the Trucks category, with more than a 12-minute gap to van Kasteren in second position.

“It was a very rough stage and especially physically. We’re quite beaten. We started to feel headaches and neck pains halfway through the stage already,” described Aleš Loprais. “The pace is high, but considering how close it is between everyone, we had expected it to go this way. And it has been going this way since the Prologue. We just try to stay consistent, and let’s wait and see what’s ahead of us. The deciding moments will come probably in the second half of the event in the dune fields, and that is what we will focus on.”

On Tuesday, the Dakar Rally continues northeast, heading from Al-Ula to Ha’il, where the trucks must handle the next 669 kilometres, with 447 kilometres counting as Stage 3. 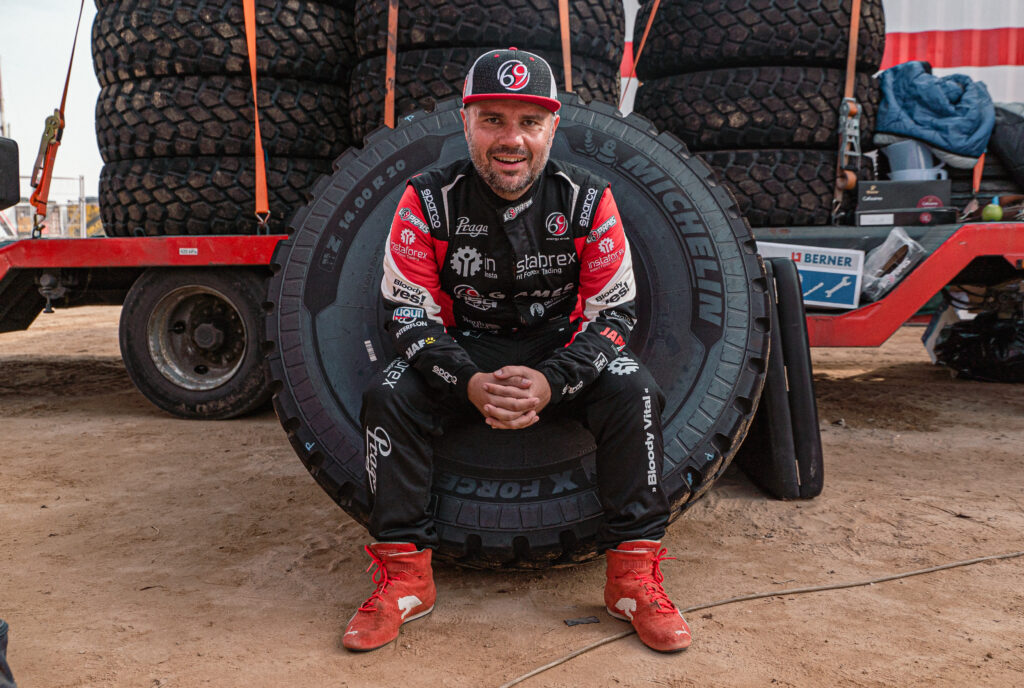 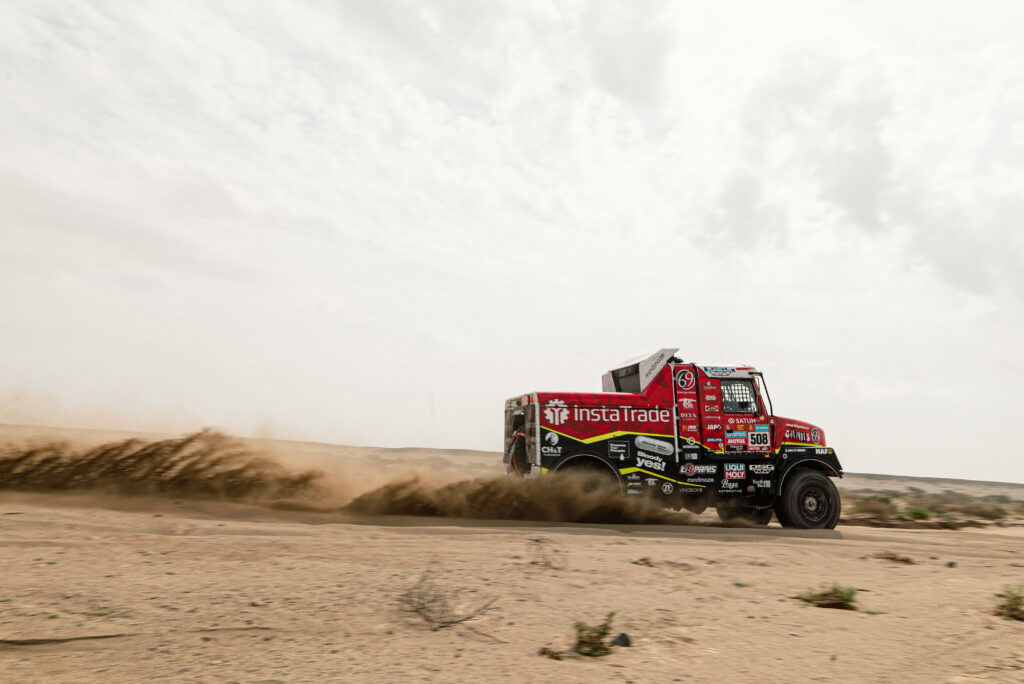