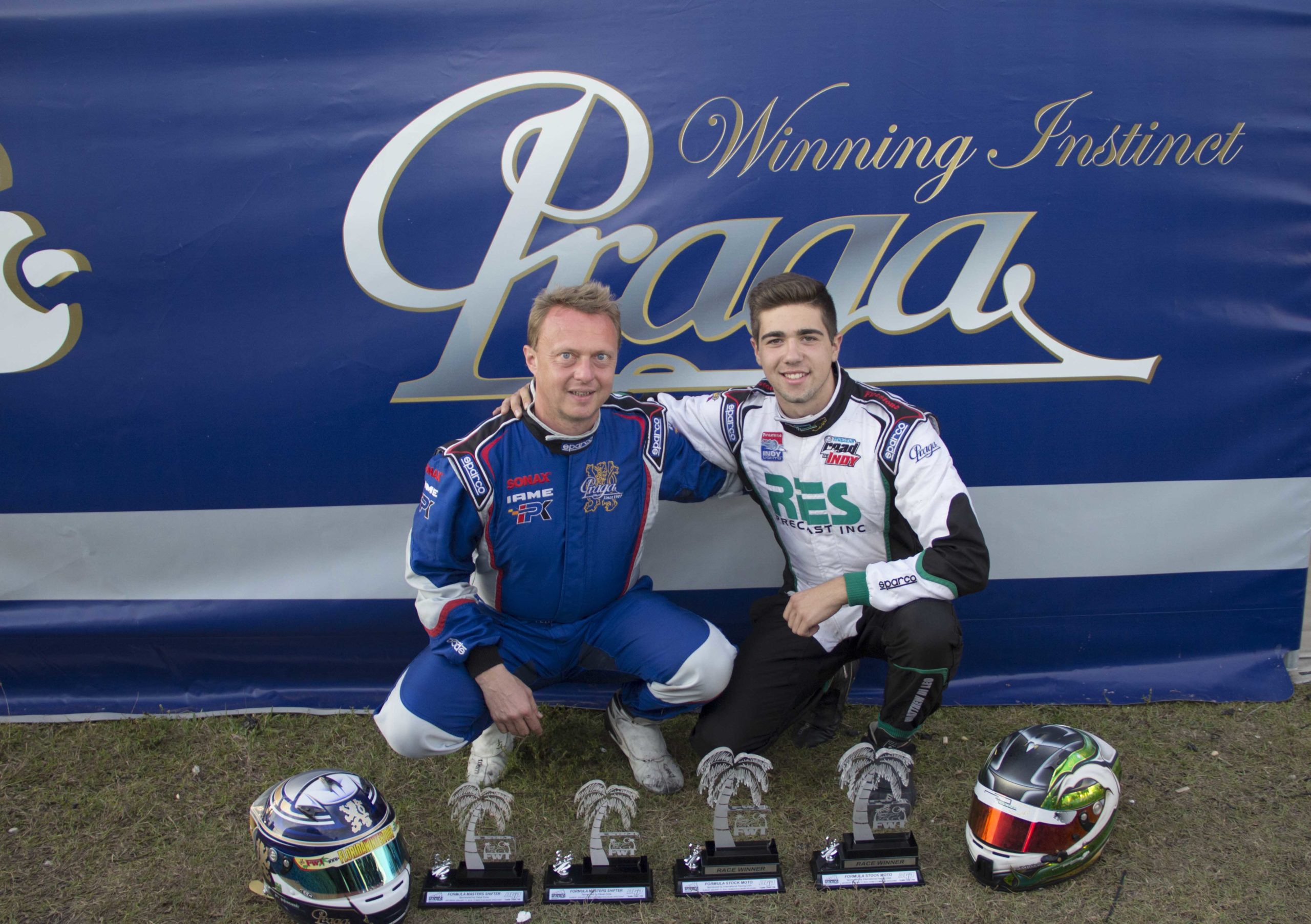 A Double Win and Podiums for Praga at Florida Winter Tour

January 13, 2014, Homestead, Florida — It was a very successful start to the season for Praga North America, as they took home four trophies at the first Formula Kart round of the Florida Winter Tour at Homestead Karting. Matthew Di Leo took the top spot twice over the weekend in the Honda Stock Moto class, while Praga owner Petr Ptacek proved his prowess by finishing 3rd both days in the Masters Open Shifter class.

Canadian driver Matthew Di Leo led the pack this weekend in the Stock Moto class. Two pole positions and two first place finishes, he even gave the open shifter drivers a run for their money. “The Praga Dragon felt incredible out there, it was really fast and definitely the key factor which put me so close to almost beating the open shifter drivers,” said Di Leo. Ptacek also took the podium in a shifter onboard his Praga Tacho, taking 3rd place in the Masters Open Shifter class on both Saturday and Sunday.

Praga also displayed some good results in other classes. In TaG Junior, Petr Ptacek Jr. made his debut in the class with a 13th place finish on Saturday and a top ten (9th) on Sunday. As one of the youngest in this class, he’s on the right track to a podium in no time. In TaG Senior, Florida driver Joffrey Amaya finished in the top ten (9th) in both Saturday’s and Sunday’s finals. And in TaG Cadet, Praga had Canadian driver Matthew Barry, as well as Luca Mars from the Praga / Kartwerks team, Praga’s dealer in the Northeast region.

Praga has newly established a base in the United States, a decision that was made by Ptacek to help better serve and grow the market. “We spent a long time analyzing the market, we realized there is a lot more potential than is currently being captured, and we made a decision to have a more direct role in growing the market by supporting our current dealer network and adding more strategic dealers.”  Praga will be running a small team at limited races in the US, and otherwise will be present to provide additional trackside service and support to its dealer teams and drivers. The base is not an extension of the European factory but more of an expansion of the brand’s global presence, as it will not only serve as a distribution point for the karts, but also Praga’s line of race cars, the R1, and other motorsport projects that are in the pipeline.  “We really see huge potential in the North American market for Praga, and we are rolling out a comprehensive marketing campaign to promote our entire line of racing products at various races and events throughout the US this year.”