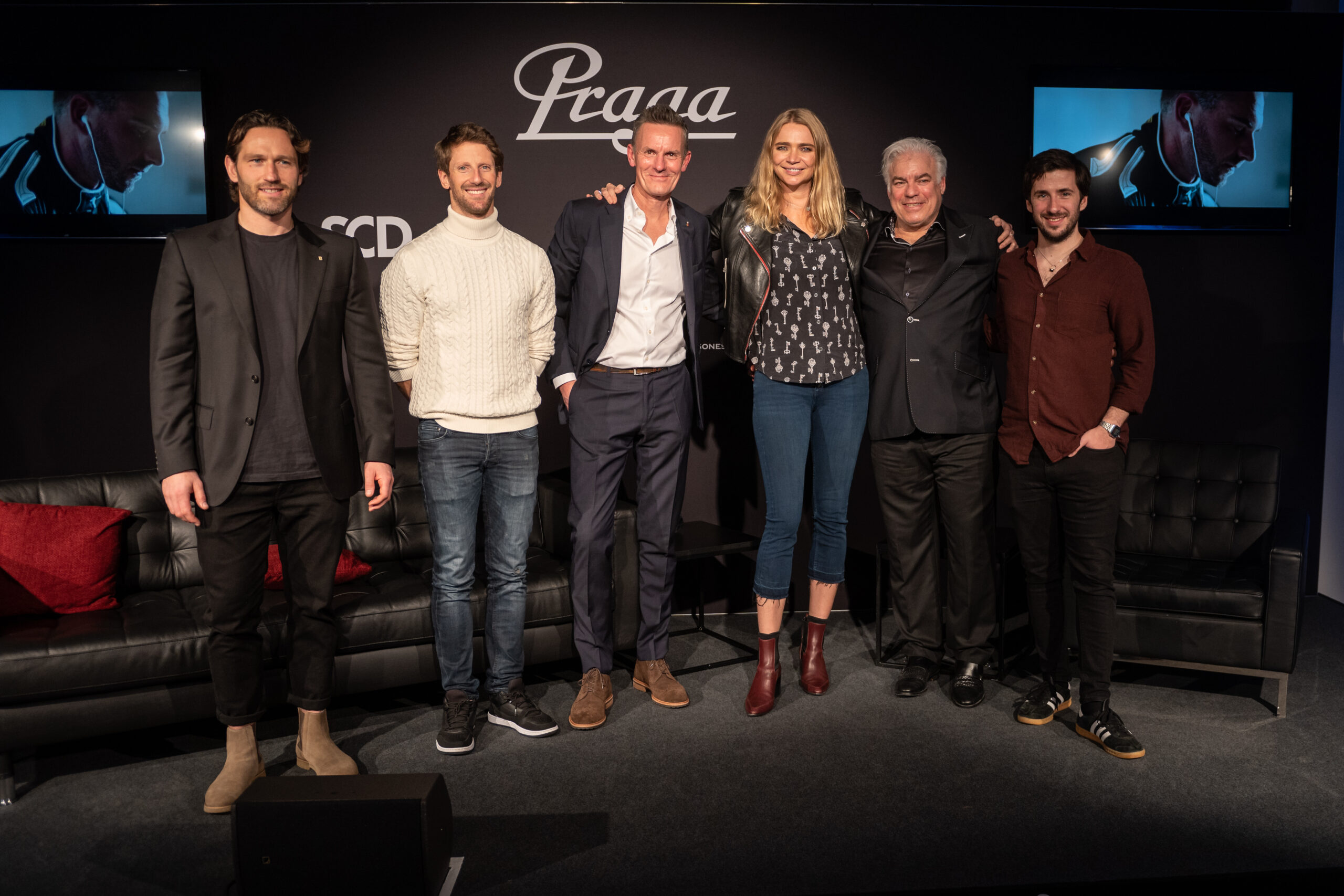 Marking the end of a successful season competing in Praga’s own Class within the Britcar Endurance Championship, and an exciting time of growth and progression for the Praga brand, the two events brought together a host of famous faces and racing drivers.

Guest Host, Jodie Kidd, joined Praga through its partnership with Supercar Driver and interviewed Romain Grosjean, Frank Stephenson, Jimmy Broadbent and Jay Morton. The racing driver, model and presenter, dug deep into Grosjean’s career and discussed in detail the Bahrain F1 crash that has given birth to his new nickname – The Phoenix.

Morton also spoke about his dramatic adventures in the SAS and on expedition on Everest. Broadbent and Stephenson discussed their activities with Praga as well as their specialities on the sim and in the design studio that set them apart as world-leaders in their fields. For many in the audience, looking to race a Praga in 2022, Broadbent and Morton’s race-winning season in their R1s provided immense motivation given their novice status – neither having raced before 2021.

Mark Harrison, Managing Director, Praga Cars said: “It has been an absolute honour to welcome friends of Praga, Romain Grosjean, Frank Stephenson and Jodie Kidd, to our headquarters. They made our events an unforgettable experience for everyone who was lucky enough to attend. These events have been key in building our relationships for next year, with a great deal of interest from racing drivers, sponsors and partners who were also able to hear from our 2021 race-winning Guest Drivers Jimmy Broadbent and Jay Morton.”

Tomas Kasparek, Owner, Praga Cars, said: “With 10 R1s on the grid we have had our most successful racing season ever, and it has been a transformative year in the brand’s motorsport history. These events have allowed us to recognise the hard work and commitment of each of our drivers, as well as start discussions with the many prospects looking to race in a Praga next year in our first one-make series, the Praga Cup 2022. A huge thank you to Jodie, Romain, Frank, Jimmy and Jay for joining us.”

Romain Grosjean, Praga Ambassador, said: “Praga is a huge brand and they’ve always been innovating and always moving forward, which is great to see. The same can be seen next year with the Praga Championship in the UK, with 20 cars on the grid, getting better and better. The Praga car is actually a very good car; decent power, lightweight, nice aero, and an easy car to get to and start racing. Hopefully there’s more projects in the future, and I’d be more than happy to get involved. Why not do Le Mans one year, who knows? That would be amazing.” 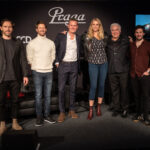 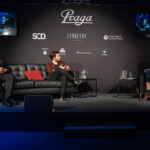 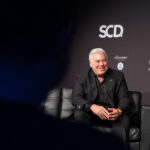 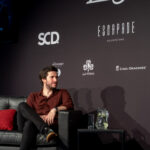 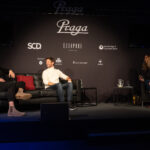 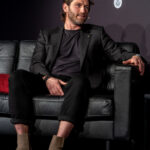 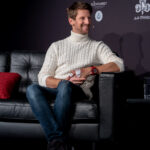 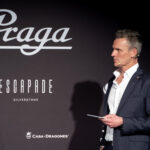 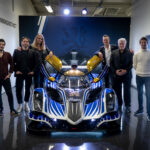 An Evening with Praga, November 18th

Sponsored by Axiom, C&C Bank, Escapade Silverstone and Supercar Driver, ‘An Evening with Praga’ saw a unique panel of special guests give emotional and fascinating discussions on stage.

Romain Grosjean, who has a long-standing relationship with the Praga brand, spoke openly and positively about the most serious crash of his F1 career in Bahrain, as well as his ongoing recovery, almost exactly a year to the day from the incident. He also discussed his rookie year in the NTT IndyCar Series, and his own sim racing team, R8G, which is bridging the gap between real and virtual racing.

Guests then witnessed a fascinating discussion with world-renowned car designer Frank Stephenson, in which he spoke about his design inspirations and techniques, including the process of designing a bespoke livery for a Praga R1, which was raced this year in the 2021 Goodyear Britcar Endurance Championship by Miles Lacey and automotive influencer, Mr JWW.

Jodie also interviewed Jay Morton and Jimmy Broadbent, both of whom joined the Praga racing team on the Guest Driver Programme with no racing experience, and both went on to win two races in an incredible journey of mental and physical endurance.

Praga’s ‘End of Season Awards’, sponsored by Escapade Silverstone, saw Praga drivers and teams reunite for the first time since the final Round of the 2021 Goodyear Britcar Endurance Championship at Donington Park. Rivalries were put aside for the landmark occasion, with special guest, Praga Ambassador, Romain Grosjean, presenting the awards.

Champions of the Praga Category, Richard Wells and Alex Kapadia, were re-presented with their Britcar trophies, as well as Christopher Wesemael and Richard Morris, who finished second, and Jack Fabby and Charlie Martin who finished third. The Rookie of the Year Award was presented to Jimmy Broadbent, marking an incredible achievement, progressing in just nine months from sim-racing to real racing, and winning both races in the final Round of the Championship, alongside Gordie Mutch.

In addition, Praga presented its own awards, with Miles Lacey receiving the Escapade ‘Drive of the Season’ Award for his performance in the wet at Silverstone. But no-one went home empty handed with Gordie Mutch, Ashley Dibden, Chris Bridle, Ed Bridle and Jem Hepworth receiving Ambassador Awards.

Harrison said: “It was a privilege to stand with Romain and present the first Praga Cars UK Awards. Congratulations to all the winners and especially Jimmy for just pipping Jay to Britcar Rookie of the Year. I now look forward to giving away an R1 to the owner of the R1 that wins the one-make Praga Cup 2022 this time next year. We will order more champagne!”

Praga has seen significant demand from this season’s racers and prospective new drivers and teams for next year’s one-make series, The Praga Cup UK 2022 and, in anticipation, has a number of cars in production to be ready in January and February ahead of the first race in March at Silverstone. 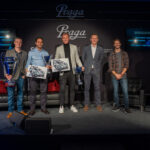 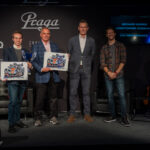 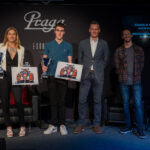 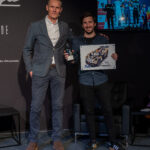 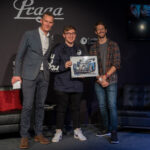 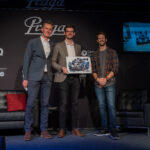 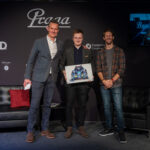 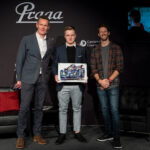 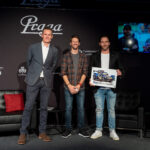 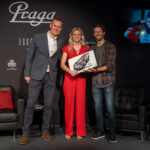 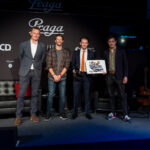 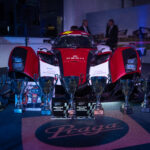