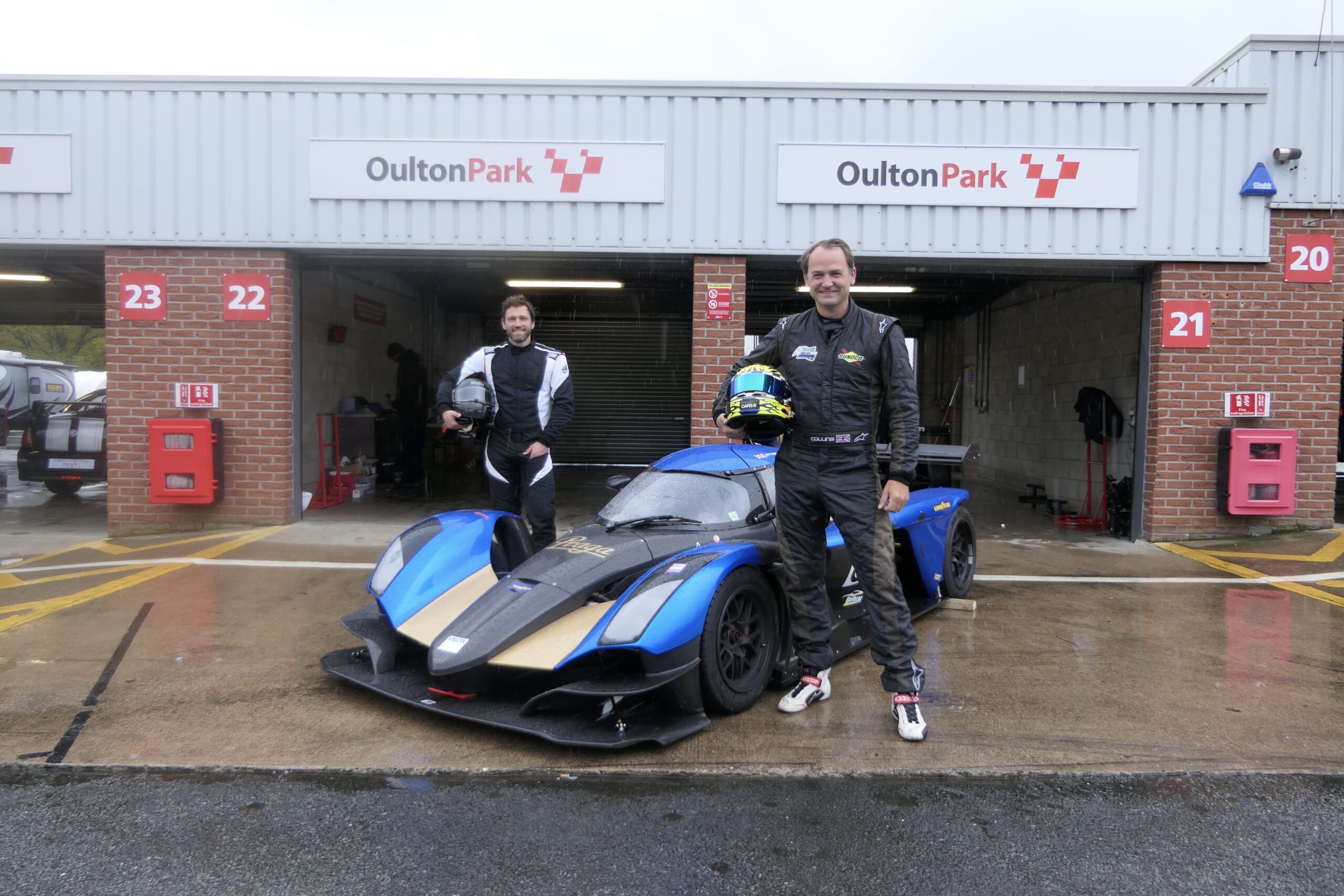 Praga Cars UK is excited to reveal that Ben Collins, the former Stig from BBC Top Gear and now one of the world’s most sought after stunt and performance drivers, has tested the new Praga R1 at its ‘home’ track, Oulton Park Circuit.

Having spent the previous day at Praga’s newly announced UK HQ in nearby Northwich, Collins shared the cockpit of the #85 Praga Race Academy car with former SAS operator, and Praga Guest Driver, Jay Morton. The dynamic duo spent time getting to know each other before Collins offered to give Morton some driving tips at a virtual Oulton Park on Praga’s all-new, state-of-the-art motion simulator.

They then joined two other test day guests the next day at a wet Oulton Park to put in some laps. Morton, one of the two genuine novices in Praga’s Guest Drive Programme, relished the opportunity to learn from Collins and analyse the data in-between sessions to help him improve.

“If you let me out in this car again, I’ll be over the moon. I really love it, it’s addictive,” said Collins. “I just didn’t want to get out – just fill it with fuel and send me out for the day,” Collins added.

Jay Morton said: “That sim was golden. Just having access to the simulator before driving the car, then coming here and driving for real, your brain translates the sim data to real-world data and you instantly click after a couple of laps.”