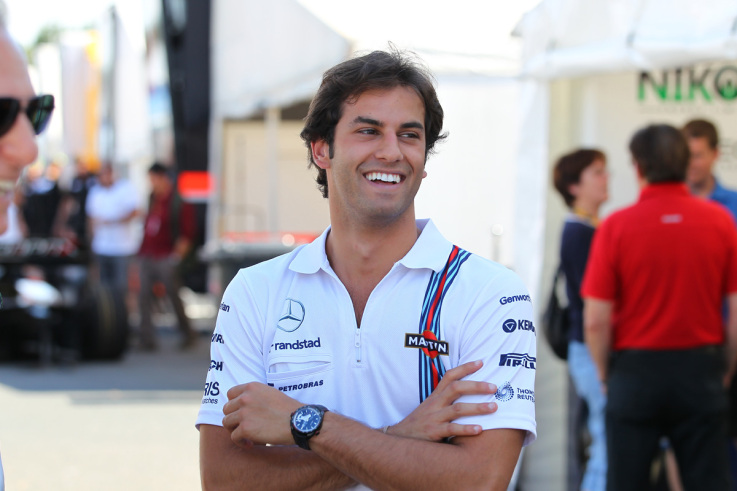 January 7, Palm Beach, Florida — In a last minute addition to their lineup, Praga North America can confirm that Formula 1 driver Felipe Nasr will be racing under their tent at this weekend’s first round of the Florida Pro Kart Winter Series at the Palm Beach Kart Center. The 22 year-old Brazilian driver, who was recently signed to the Sauber F1 team for 2015, will compete with Praga in the IAME Senior class, onboard the new 2015 Dragon EVO chassis with a Comet X30 engine package.

“Having an accomplished race car driver is certainly an exciting element for our team and the series. We’re thrilled that Felipe decided he wanted to do this race with us, and we’re hoping for some good results from this talented driver,” said Team Manager Blake Wankowski. Nasr will complete Praga’s 6-driver lineup for the first round of the series, including Andrick Zeen, Patrik Hajek, Billy Musgrave, Edison Cortez, and Philip Savapoulos.

Nasr began karting in 2000, where he competed for 7 years, taking the Brazilian Championship in 2007. He then moved to Formula BMW, and in 2009 he was named champion in the Formula BMW Europe Championship with the EuroInternational team. After this he made the jump to F3, where he won the 2011 British F3 Championship with Carlin Motorsport. In 2014, he took 3rd in GP2, also with Carlin Motorsport, and was also an official test and reserve driver for WILLIAMS MARTINI RACING F1 Team. As of 2015, he is an official driver for SAUBER F1 Team.