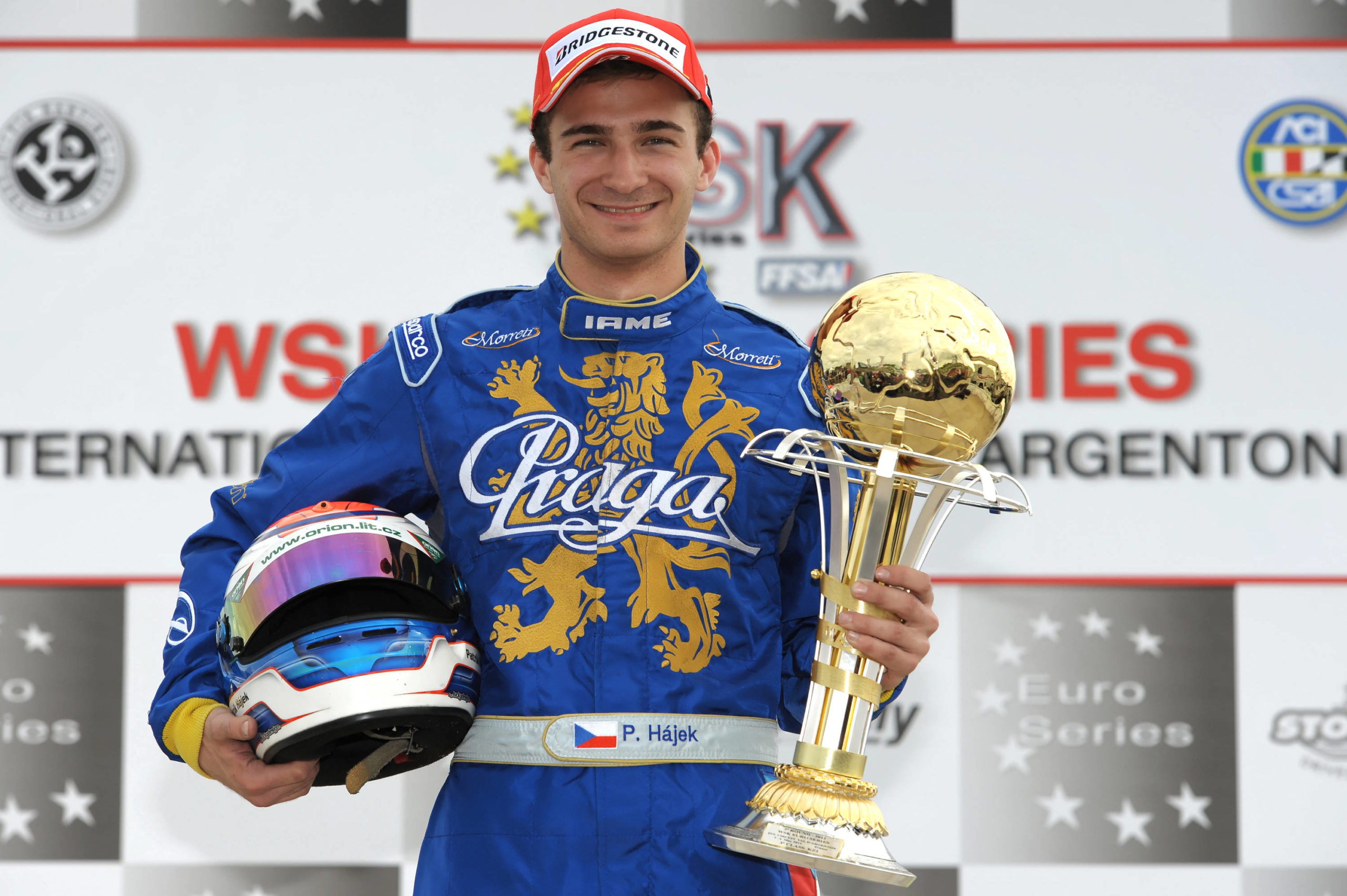 AT THE 2ND ROUND OF THE WSK EURO SERIES PRAGA KART TOOK 3rd PLACE IN FINAL 2 OF KZ1, AND IS IN THE GAME FOR THE CHAMPIONSHIP

8 May 2012, Val D’Argenton, France — The KZ1 of the WSK Euro Series features the world’s best drivers and karts: Patrik Hajek and his Praga Kart, thanks to 3rd place claimed in Final 2, proved they can race with the best. Hajek was 7th in timed qualifying on Saturday and in Final 1 was forced to leave due to a contact. But on Sunday he goes wild and, after a great recovery in the second heat from 18th to 5th, in Final 2 he scored the 2nd best lap time  and claimed 4th place after a contact, which then became 3rd per the decision of the race judges. In the championship he is 8th in the general standings. Also in KZ1 is Bas Lammers: in the qualifyings he was 3rd best, he placed 8th after the heats and in Final 1 he put in fast laps to end a step from the podium, 4th. On Sunday he confirmed his speed in the heats (5th, 7th) and claimed 8th in Final 2, collecting important points for the championship: he is now 4th in the general standings.

Praga Kart was also present in KZ2. Martin Doubek, in Final 1 charged from the back and was 8th, then confirmed the result in both heats on Sunday, to climb up to 6th in Final 2. He is now 3rd in the general standings. Alexander Schmitz and Adam Janous are also stars of heat recoveries in the Finals: the first in Final 2 rose from the back to 11th; the second did even better in Final 1 by claiming 5th.