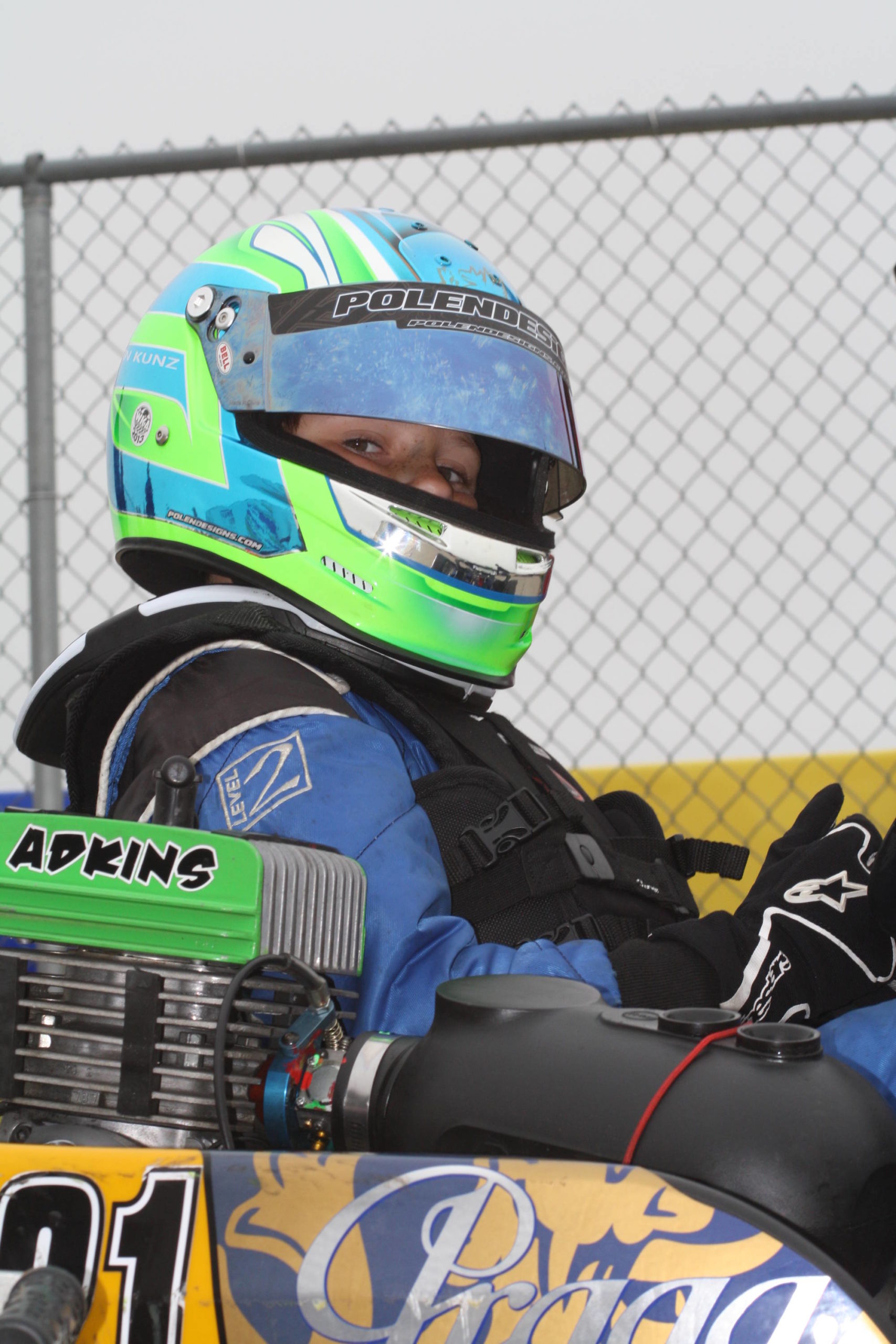 14 July 2013, Wisconsin, USA — At the last round of the USPKS series, which took place at Badger Raceway in Wisconsin, Praga driver Griffin Kunz walked away with a first place finish in the Yamaha Rookie class.  The win was not only a first for Griffin but also the first in National competition for the new Kartwerks team as well as the first USPKS win for the Praga brand.

With this being Griffin’s first trip to Badger Raceway and the Kartwerks team’s first effort there as well, this was a hard earned victory. From the outside it may have looked as if this was the weekend when the Kartwerks string of events with drivers earning Poles, Fast Times and/or Podiums would snap as the 21 was near the bottom of the charts throughout practice. Despite the appearances the team was gathering valuable data and feedback with every session and pulled it all together to qualify fourth, just .191 seconds off Pole. Griffin finished 6th and 3rd in the two Heat races earning the outside front row starting spot.

Griffin slotted in to second place at the start of the race behind points leader Mark Fineis as it looked like the duo would continue their battle for the top of the Championship standings.  Mark fell victim to engine issues as Griffin moved in to the top spot on lap 5 with Aiden Lindley and Aidan Harrington in tow. Lindley and Harrington were able to slip by on lap 14 as the three pulled away from the field setting up a dash for the win.

As the leaders entered The Boot on the final lap though the front two made contact and slid across the track.  Griffin managed to stand on the brakes and thread the needle, coming out with the lead. With the rest of the field closing rapidly though Griffin had a drag race to the finish just barely edging out a hard charging Parker Abed by .076 seconds!

Saturday’s win moved Griffin Kunz into second place in the championship standings before the last round.

The win moved Griffin in to the Championship lead by a slim margin over Fineis who put in a tremendous effort to still finish third despite his engine woes early in the race.

Sunday’s race looked to be shaping up for more of the same with a third place qualifying effort putting the two Championship leading combatants side by side on the grid. It proved to be Mark’s day however as he swept both Heat Races and the Final for an impressive win while Griffin finished 7th on the day despite posting the second fastest lap time.

Dan Schlosser, Kartwerks – “This was a gratifying effort with it being a first National win for Griffin as well as the Kartwerks/Praga team. To think we’d reach this level in just a few short months is beyond expectations. This weekend was emblematic of our approach all season though – no session and no result is bad as long as we are gathering data and learning. We were at the bottom of the charts through Saturday morning but we learned something crucial every session and pulled it all together for when it counted and then Griffin drove his best race of the season.  We are really looking forward to the final round where we’ll be racing at home and we’ll have our teammates with us as well.”

The Championship comes down to the final round of the inaugural USPKS season at Pittsburgh International Race Complex.  Mark brings a 70 point lead in to the last race on the strength on five podiums including two wins. However, PIRC is Griffin’s home track ensuring this Championship will go down to the last lap!