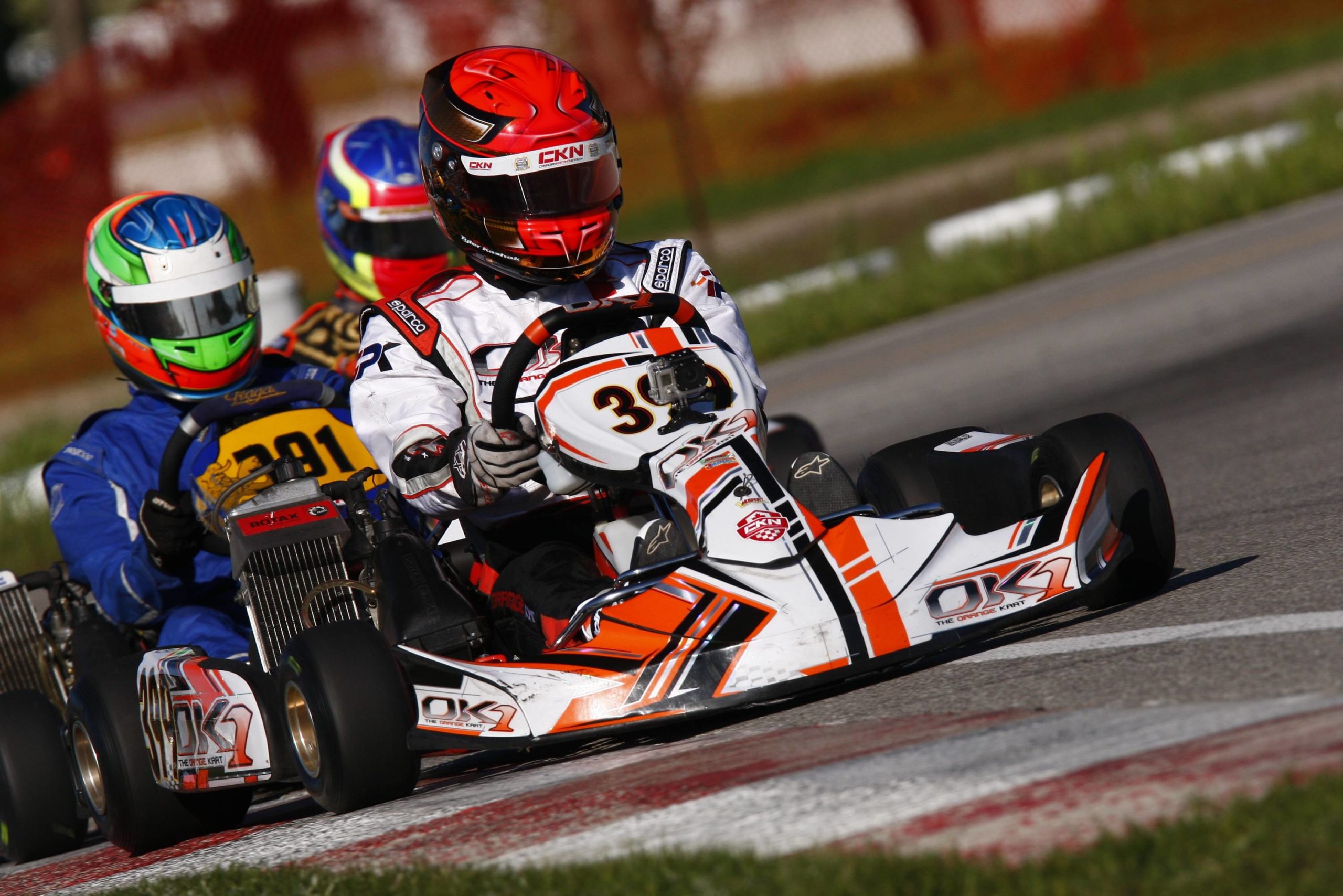 28 May 2013, Ontario, Canada — Goodwood Kartways/IPK North America is set to begin its main summer schedule this weekend as a team thirty strong heads to Mosport International Karting. The circuit inside Canadian Tire Motorsport Park will host the Eastern Canadian Karting Championship season opener and as it does, Praga and OK1 karts will be front and centre in a number of classes.

The IPK lineup is bolstered by a pair of champions, as Marco Di Leo and ZCD Autosport driver Zachary Claman DeMelo have won six titles between them in just three ECKC seasons. Di Leo, also the IPK North America Team Manager, is the only driver ever to have won the Rotax Senior crown and has won eight of eighteen career starts in the series. He changed class to Rotax DD2 over the winter, and as he secured an invitation to the Grand Finals in his first attempt, he now finds himself free to focus his efforts on helping other IPK drivers secure tickets of their own. DeMelo is also preparing for a new class, and will challenge on a new chassis as well, a 2013 Praga Dragon in Rotax Senior. DeMelo won the ECKC Mini-Max Championship in 2010, and followed with a pair of championships in Rotax Junior. The schedule ahead will mark his first in Rotax Senior, and the seven-time ECKC race winner is a surefire contender.

Another trio of seniors that look to factor based on a test event held last weekend are Max Preston, Artem Korolev and Tyler Kashak who finished fourth, fifth and sixth respectively in a field of twenty-seven. Preston is a class veteran and longtime senior driver while Kashak and Korolev will be seeing the class for the first time in Canadian summer. When Aleki Liverant, Michael Mungy, Daniel Nunes and Hugo Parent join the fray, IPK will have four OK1 and four Praga chassis in the field.

It’s a similar situation in Rotax Junior where a mix of rookies and veterans will field a pair of Praga chassis and four OK1. After finishing second in the ECKC Mini-Max Championship last season, Austin Riley has been bonding very quickly with Praga Racing Ontario and finished fourth in the test event. Class veteran Marco Signoretti was fifth, while Jordan Slipacoff and Gerrit Tiemersma were also racing within the top ten. After a season of club racing in Junior, youngster Russell Boyle is now set for his first ECKC Junior campaign, as is Michael Currie.

If there’s a class where IPK is most assured of putting a driver on the podium, it’s in Rotax Micro-Max. Both Matthew Barry and Xavier Harris were race winners in the 2012 Championship and both return to the class in 2013. Barry, for his part, was on every ECKC podium last season and in Le Monaco finale he was on top of the blocks and second in the overall championship. Harris was third overall last year, and along with winning at Mosport International he added three other podiums during the campaign. Showing he really enjoys the rolling terrain at Mosport, Harris won the test event last weekend as well. A number of others will also run IPK products in the class as Jeremy Tallon, Josh Cunha and Christopher Chanko are set for the first National race of the season.

Goodwood Kartways/IPK North America will be running in conjunction with its dealer network this weekend as Praga Racing Ontario and IPK Quebec will be on site. Along with the drivers mentioned in Micro-Max, Junior, Senior and DD2, IPK North America will have drivers in DD2 Masters and in Briggs & Stratton four-cycle classes as well. Mosport International is a doubleheader race weekend and the first of four ECKC events. To follow the action as the weekend unfolds, please visit canadiankartingnews.com and follow @CKN_Live.