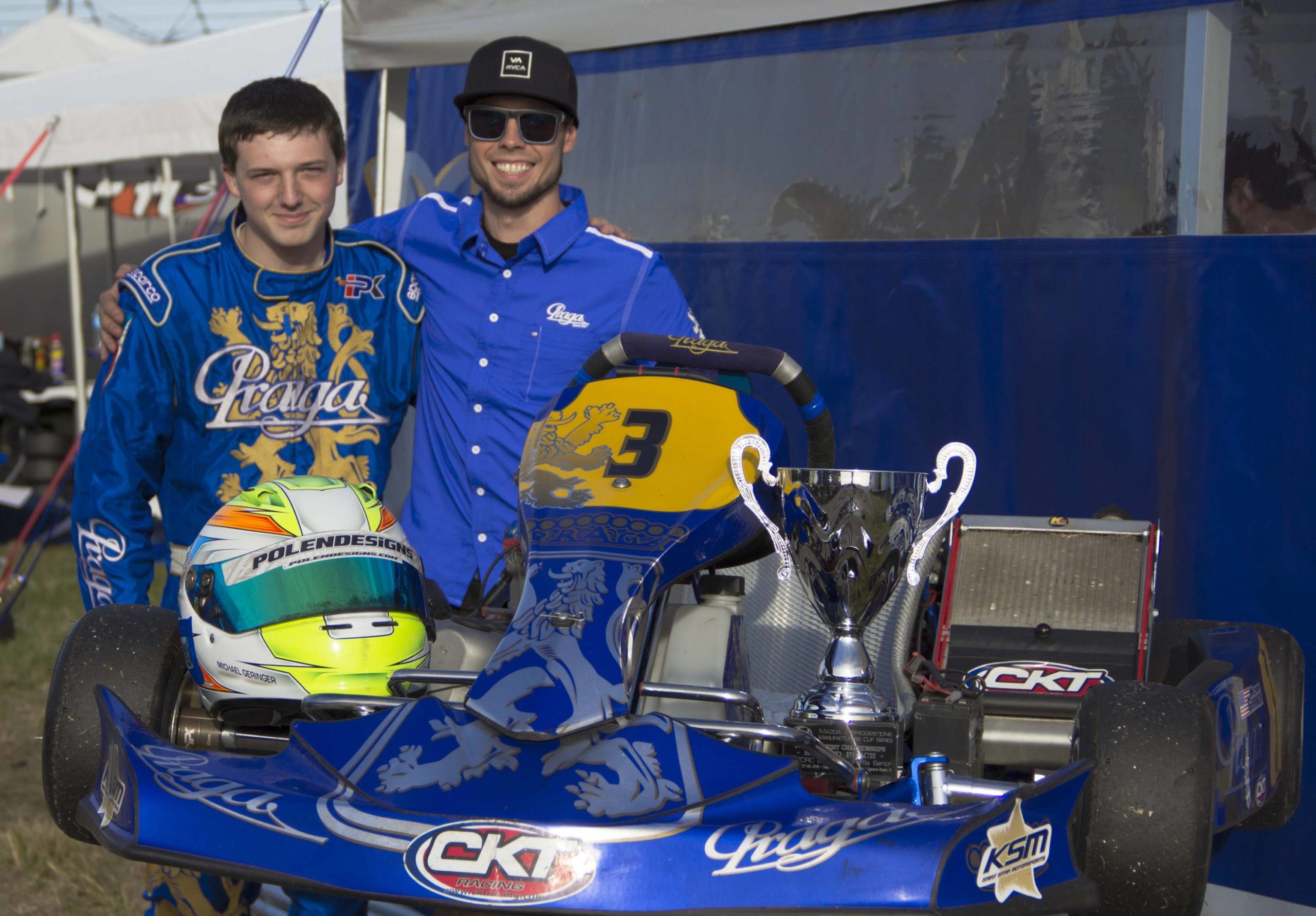 At the end of the official practice day, Geringer started to gain momentum, with lap times that were quick enough to put him in the top ten. Race day one saw Geringer qualify 13th overall. As the driver sat on the grid for the Pre-Final it started to rain, which lead to making quick adjustments for a rain setup moments before the start of the race. With a great effort from the KSM team, changes to the chassis were made and rain tires mounted. Geringer drove from his 13th starting position to a 3rd place finish, where he would start the final. In the final on the pace lap, the pole sitter encountered a mechanical failure and lost a wheel, which moved Geringer to the front row for the start. Geringer grabbed an early lead and maintained it for the beginning stage of the race before the second place driver challenged. After a clean battle, Geringer would fall back one spot to a solid 2nd place finish, and the first podium for KSM in the new race season.

Race day two was not so kind to the team, as an 18th place qualifying effort made for a long day. After a rough pre-final, Geringer started 15th in the final. More bad luck unfolded in the final, as a contact in turn one on the first lap bent the steering column and caused the kart to handle improperly, resulting in a 14th place finish.

“Overall, I am very pleased with our performance at the event. Our objective was to stay inside the top ten and always have good, consistent pace. To leave the weekend with a 2nd place podium was a great way to start the season and showcase the Praga chassis,” said KSM owner Blake Wankowski. For this event, Kart Star utilized the Praga Dragon model chassis powered by an IAME Leopard engine. Chassis tuning and driver coaching was prepared by KSM. The KSM team can be seen next at the third round of the Florida Winter Tour Formula Kart weekend.