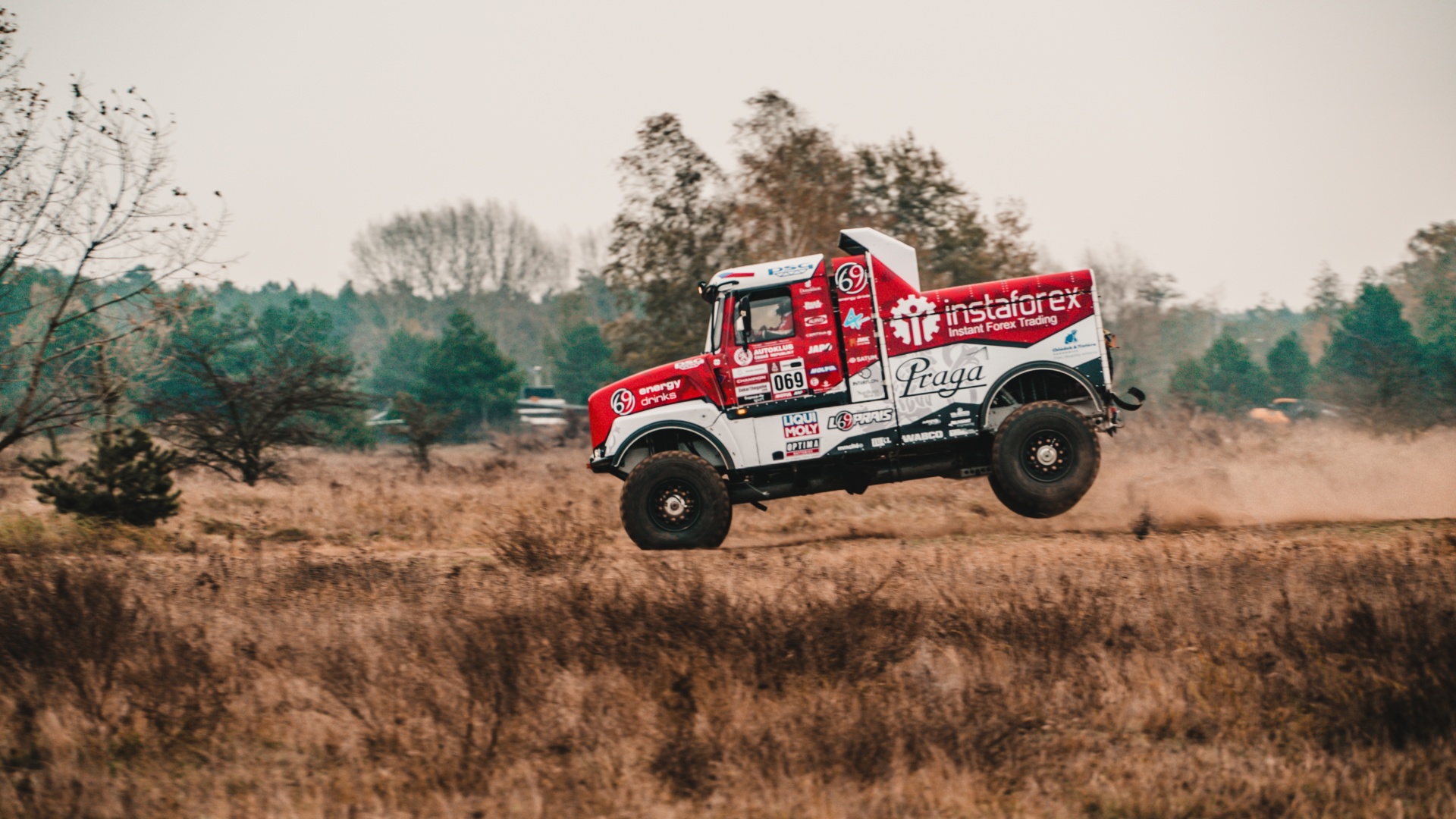 Instaforex Loprais Team will take a brand new Praga V4S DKR special to 42nd edition of Dakar Rally. The truck comes with a modern technological package including an automatic gearbox, a new engine and all the other components have been also improved to a new level.

“For us, it’s like a brand new car in many ways. We’re sticking with the tested backbone chassis with a central tube, independent suspension and drum brakes, but the new automatic gearbox and the new engine required some changes in electronics. It also changed the truck balance and the centre of gravity. Also lowering and lightening of the body structure, modifying our cooling system and other little details have had an impact. There are so many changes that it’s basically a new truck,” said Aleš Loprais ahead of his 14th Dakar Rally.

Praga V4S DKR uses an Iveco engine, which has almost 1,000 bhp. The team had to pay close attention not just to the technical specifications, but also to serviceability.

“We have a really decent engine that’s not overpowered. That’s not our target. The only important thing is torque and how you can use it. Having a less-powerful car means having less heat, which means also better reliability and a chance that the car survives longer,” said the 39-year-old racing driver.

The team had its first tests at the beginning of the November and the results were positive. Already the first drive showed how big advantage is to have the automatic gearbox and also the modified suspension.

“I was expecting the most from the automatic gearbox and yet, it was even better! And there was also a nice surprise to see what we were able to achieve with the modified suspension,” said Loprais about the work of his teammates.

“The automatic gearbox works great. For the first time ever, I was really enjoying the drive in a truck and all I need to do is to adjust the ‘course‘. And the truck’s stability makes it even nicer. I really like how the truck is handling banking. It is not so easy to put it on two wheels anymore.”

Backed by The Factory Team

Nowadays, it is impossible to run a top motorsport team without a solid technical and financial backing. It comes as no surprise that Instaforex Loprais Team was also trying to secure a proper factory backing, enjoyed by the biggest Dakar teams.

“In Dakar, who wants to be in front, they must have at least partial factory backing. After Dakar 2019 I tried to contact many partners. I’m glad that it was Praga who presented the best kind of offer in the end. We’re sticking with a Czech brand that has been around since 1907 and still has something to offer. Praga is working on many interesting projects, in the aviation industry or super sports cars. We might not have a typical assembly production line behind us, but we have certain technologies that we would not be able to have otherwise. And who knows, maybe we can work together and even make a successor to the legendary Praga V3S,” said Loprais.

Instaforex Loprais Team plans to do more testing in the following weeks across Europe. That is a change from the initial plan, in which the team was supposed to compare old and new technologies on the Arabian Peninsula.

“I really wanted to test the truck in the sand and dunes, because I was a bit worried about the gearbox. However, following the positive experience in the first tests, we’ve decided to change our strategy. We want to focus on finishing all the little details in the workshop, that also matters. Even some smallest holders can become a big problem at Dakar, so we are focused on improving clamps, end pieces, tubes, all kind of details,” added Aleš Loprais.

Fans will get a special opportunity to meet the Instaforex Loprais Team on Friday, November 29 at the team’s headquarters in Frenštát pod Radhoštěm. On that day, from 14:00, there will be an official but informal gathering as the team will prepare on its way to France for technical and administrative scrutineering.

The Dakar Rally 2020 starts on Sunday, January 5 in Jeddah in Saudi Arabia. The race ends on January 17 in a brand-new modern centre Al Qiddiya. The whole route is about 9,000 kilometres long.

Driving Praga V4S DKR, Aleš Loprais will be joined by a navigator Khalid Al-Kendi from the United Arab Emirates and a Czech mechanic Petr Pokora.