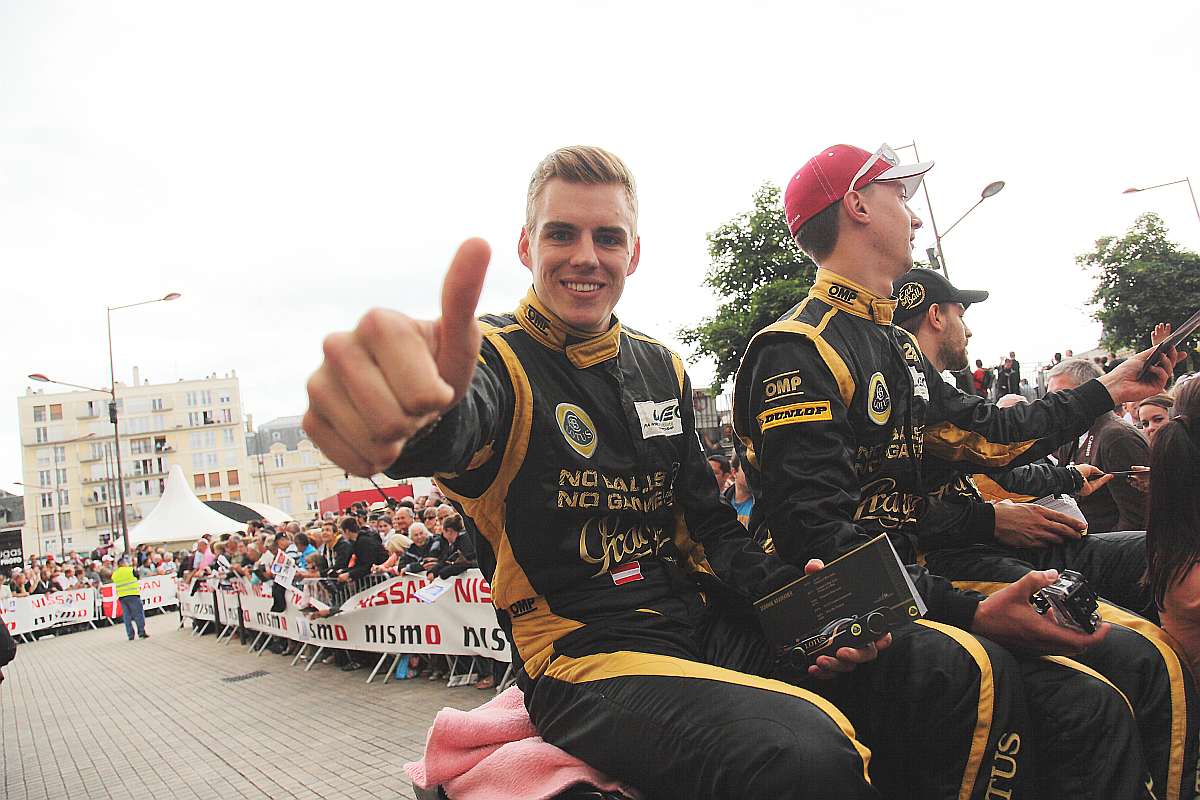 In our column “Lotus Praga LMP2 Inside” we ask our race drivers about racing, race preparation, holidays and other personal subjects. Here are the answers of Dominik Kraihamer.

How was the race at Le Mans for you?
It was the most difficult week for me at Le Mans so far because of my crash during the test day. I was worried that the mechanics won’t be able to fix the car in time. But after a stressful time I give a positive summary of this situation and I would like to thank the team again for their great effort.

What did you do after Le Mans? Did you go on holidays? If yes, where did you go?
The week after Le Mans I had important exams at my university in Vienna. And to be honest those finished me off. Afterwards I went on holidays to the south of France for two weeks together with my family and my girlfriend Barbara. I didn’t do a lot apart from sleeping but I really needed some time to rest.

Which of the remaining races are you looking forward to the most?
I can’t really say to which race I am looking forward to the most. My favourites are Sao Paulo, Austin and Fuji. Sao Paulo because of the track layout, Austin because of the American racing fans and Fuji because I like the Japanese people, which are the friendliest people I have ever met.

How do you keep fit for the races? Which sports do you do and do you like?
I go to the gym a lot. I work more on building stamina rather than on muscle. In addition to that, I do a lot of different sports like beach volleyball, tennis, football, badminton and swimming. Our brain files different exercises and impressions in a kind of library. In many situations in racing it reverts to this repertoire automatically.

What is your favourite music? Which music do you listen to before a race?
I like to listen to Progressive House, R n’ B and Hip-Hop music. My favourite bands are Swedish House Mafia, Avicii, Trey Songz, Jason Darulo, Kanye West and Frank Ocean. I listen to their songs when I am travelling and before and after a race.

Do you have any superstitions before a race?
I try to concentrate at best, close my eyes and do a virtual lap on the track. But I am not too obsessed about that because this could have contra-productive effects.

Is your girlfriend coming to all the races?
My girlfriend is coming to one race per year at most. When she is at the track, I feel bad because I don’t have much time for her. She is also not comfortable with that because she has to study in Vienna, so it would be a waste of time if she spent too much time at the track. So we decided that she is not coming to the races.

What is your favourite food?
My favourite food is my mother’s chicken with onion, tomatoes, garlic, apples and potatoes, a fantastic dish!

Which car do you drive at home?
I am driving a Lotus Evora, a great and agile sports car.

If you wouldn’t be a race driver, which job would you have instead?
I plan to be a race driver for a long time. I give 110% to improve myself and to get the best out of every situation. But it can be over immediately and that is why I am studying International Business Studies at the University of Economics in Vienna at the moment.

Which headline would you like to read about you and Lotus Praga LMP2?
(laughing) Lotus Praga LMP2 Team very happy with Dominik Kraihamer’s performance in answering interview questions! I am happy about every positive feedback as long as I deserve it.

What are your goals or wishes for the next races?
My wish is that the whole team keeps on working very well in order to get the best out of the car. We achieved quite a lot so far, but there is more to come.